Researchers have developed a novel high-throughput method for the detection of glycans in purified biopharmaceutical samples. In this article, Victoria Smith, Lewis Wharram and Stuart Jamieson discuss their innovative approach and the implications for safety and potency assurance in biopharmaceuticals. 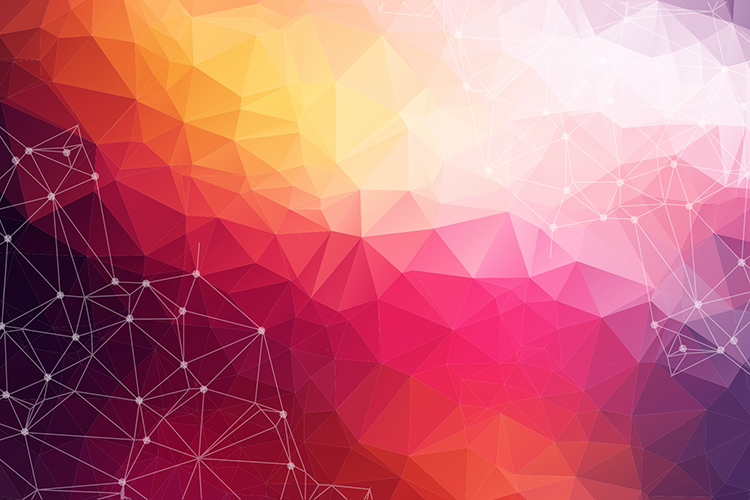 GLYCOSYLATION is one of the most common post-translational modifications of proteins and is considered one of the most important due to its impact on stability, solubility and biological activity. More than half of all biotherapeutics are glycosylated, including monoclonal antibodies (mAbs), fragment crystalisable (Fc)-fusion proteins and cytokines. The global therapeutic antibody market was valued at approximately $115.2bn in 2018 and is expected to generate revenue of $300bn by 2025.1 At the beginning of May 2020, four antibody therapeutics had been granted first approvals in the US and an additional 16 are in regulatory review.2 Regulatory approval lists appropriate glycosylation as one of the critical quality attributes (CQA) that must be demonstrated to ensure the safety and potency of commercial mAbs.

mAbs are used for a broad range of targets with oncology, immunology and haematology being the most prevalent medical applications.3 The effectiveness of a therapeutic mAb has been shown to be dependent upon their ability to link antigen recognition with an appropriate effector function, leading to a response that treats the targeted disease. For mAb therapeutics that rely on an Fc-mediated response for their clinical activity, the effector function of the mAb is highly dependent on the structure of the N-linked terminal sugars of the Fc glycans and is therefore critical for efficacy and safety.4,5 The N-glycans are highly complex with a multitude of different sugar moieties and linkages. Total removal of the glycan is highly detrimental to the effector function of the mAb, but subtle differences in the glycan structure, such as the lack of fucose, can significantly improve bioactivity and function. Fucosylation affects IgG binding to the Fcγ receptors and influences antibody-dependent cell-mediated cytotoxicity.6 Mannosylation has been demonstrated to affect pharmacokinetics, sialylation increases inflammatory properties7,8,9 and galactosylation is important for complementdependent cytotoxicity.10 In addition, glycosylation affects mAb safety, with immunogenicity causing a potential problem in mAbs produced in non‑human cell lines.

The host cellular production system and bioreactor environment have been shown to produce mAbs with very different glycosylation profiles. Cell culture conditions such as dissolved oxygen, nutrient levels, pH and feed strategies can all have considerable influence on the glycosylation of the mAb. Therefore, the upstream processing conditions must be considered and investigated during bioprocess development due to the effects on product quality and efficacy. Glycoengineering has focused on the manipulation of culture conditions, gene knockouts and expression of IgG and glycan remodelling enzymes. The glycosylation profile must be characterised and monitored throughout product development and manufacturing processes. 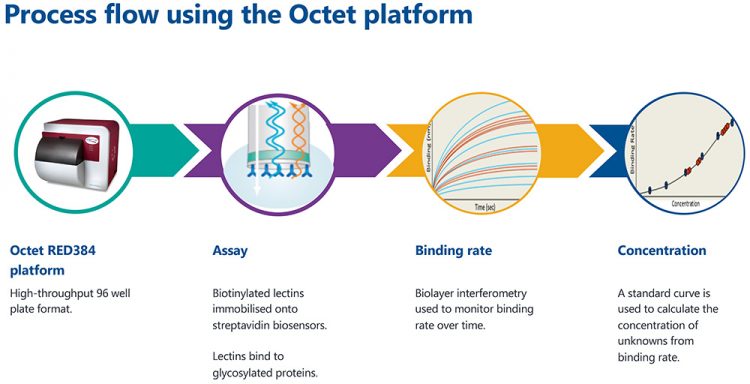 Figure 1: The process flow for high-throughput glycoanalytics on the Octet platform.

Here, we demonstrate a high-throughput method for the screening of terminal β1-4 galactose and sialic acid structures using recombinant prokaryotic lectins (RPL)-Gal1 and RPL-Sia1, respectively. The screening of sialylation and terminal galactose is especially important as it significantly affects the safety and efficacy of therapeutic glycoproteins. Lectins are bioaffinity proteins that can recognise and bind to specific glycan structures on intact glycosylated biomolecules. These binding affinities can therefore be exploited using the Octet platform.

The Octet platform (Figure 1) uses biolayer interferometry to monitor binding affinities between molecules. Biosensors, coated in streptavidin, are dipped into a solution containing biotinylated lectins. The strong affinity between streptavidin and biotin leads to the lectin molecules being immobilised to the surface of the biosensor. The custom biosensor is subsequently dipped into a sample containing glycosylated proteins. Only proteins with the complementary glycan structures will bind to the lectin-coated biosensors. These assay steps are shown in Figure 2A. The interference patterns of white light reflected from the end of the biosensor and an internal reference layer are monitored. Figure 2B shows how the binding changes with each assay step. Ultimately, this allows the quantification of glycosylated proteins when a standard curve is used. 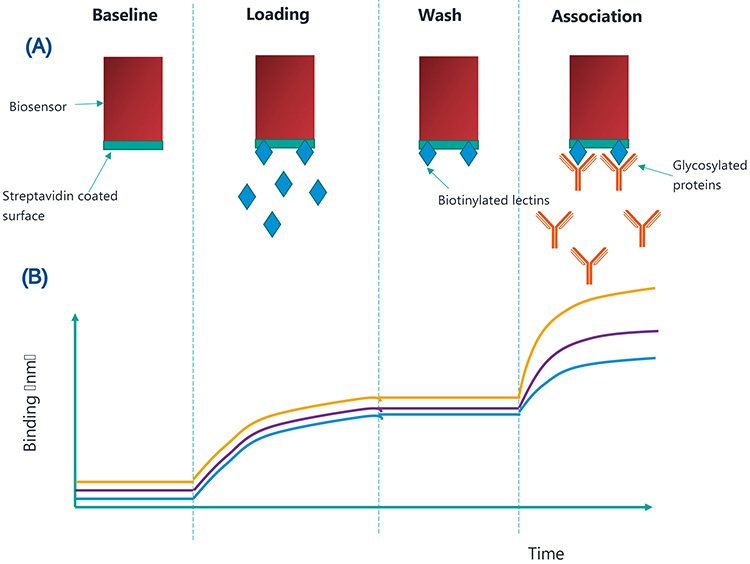 Figure 2: (A) shows the binding which occurs at each assay step and (B) shows how this translates to binding (nm) over time. The yellow, purple and blue lines represent high, medium and low concentrations of glycosylated proteins, respectively.

Two biopharmaceutical samples were analysed using the Octet platform: follicle stimulating hormone (FSH) and an Fc-fusion protein. SA/SAX sensors from ForteBio were used on the Octet RED384 platform. A 600-second delay of biosensors in PBS buffer was used at the start of the experiment to equilibrate the biosensors in PBS buffer and reach a temperature of 30ºC. The assay parameters and time course are shown in Table 1. Data analysis involved subtracting blank references from all samples. A 5PL unweighted equation was used for all standard curves. The robustness of the Octet quantitation assay was assessed by verifying the linearity, repeatability and percentage spike recovery of each assay.

Table 1: Assay paramters for each step performed on the Octet platform.

The linearity of FSH (β1-4 galactose) analysis was determined by the binding rate of two replicates (n=2) at eight concentration levels: 500μg/ml, 250μg/ml, 125μg/ml, 62.5μg/ml, 31.3μg/ml, 15.6μg/ml, 7.8μg/ml and 0μg/ml. The acceptable range of the assay was 7.8-500μg/ml (%CV<20 percent). The standard curve and results for the six replicates are shown in Figures 3A and 3B. Six replicates of FSH at 200μg/ml were measured to determine the repeatability and precision of the Octet method. The concentration results in μg/ml for the six replicates are shown in Figure 3D. The assay demonstrated high levels of repeatability with a %CV of less than 10 percent for quantitation of the FSH (β1-4 galactose) at 200μg/ml. Percentage spike recovery tests were performed to investigate the extent of matrix interference in the quantitation of FSH (β1‑4 galactose). The recovery of FSH (β1‑4 galactose) at 12.5, 25 and 50μg/ml from the specific matrix (a mix of FSH formulation buffer and assay buffer) was between 80 and 120 percent, with a %CV<10 percent (see Figure 3C).

Furthermore, the Octet method demonstrated percentage spike recoveries of 80-120 percent, high intra-assay linearity and repeatability for both the supplied FSH and Fc-fusion samples with Gal1 and Sia1 RPLs-SAX sensors. These sensors were used in the Octet system to detect terminal β1-4 galactose and sialic acid structures in the FSH and Fc-fusion samples. Figure 4 shows the standard curve obtained for these samples.

The suitability of a novel high-throughput method for the detection of glycans in purified biopharmaceutical samples has been assessed. The method, which uses the Octet system with Gal1 and Sia1 RPLs-SAX sensors to detect terminal β1-4 galactose and sialic acid structures, demonstrates high intra-assay repeatability and linearity for the supplied FSH and Fc‑fusion samples. Percentage spike recoveries of 80‑120 percent indicate that glycan detection is not compromised by the presence of the sample buffer. This demonstrates a robust assay for the characterisation of a biopharmaceutical CQA, which is extremely high throughput. Ultimately, it will enable the efficient detection of glycan populations that have significant impacts on the safety, efficacy and bioactivity of therapeutic proteins.

This project consortium brought together the expertise and resources of CPI, GlycoSeLect UK Ltd, ForteBio Pall Life Science and Allergan Biologics Ltd, to address the need for new glycoanalytical approaches to meet the needs of the growing biotherapeutics market.

Victoria Smith is a Senior Scientist at CPI Biologics. She joined the Analytical Development team at CPI in 2016 and specialises in mass spectrometry applications for protein characterisation, including hydrogen deuterium exchangemass spectrometry, peptide mapping and glycan analysis.

Lewis Wharram is an experienced Analytical Scientist at CPI Biologics. He is focused on the development of analytical methods for the characterisation of biotherapeutics, specialising in biophysical characterisation, protein titre, purity and stability. Lewis joined CPI in 2018 and has expanded his experience working with a variety of biotherapeutics including nucleic acids, proteins and viral vectors.