Posted: 11 May 2022 | Hannah Balfour (European Pharmaceutical Review) | No comments yet 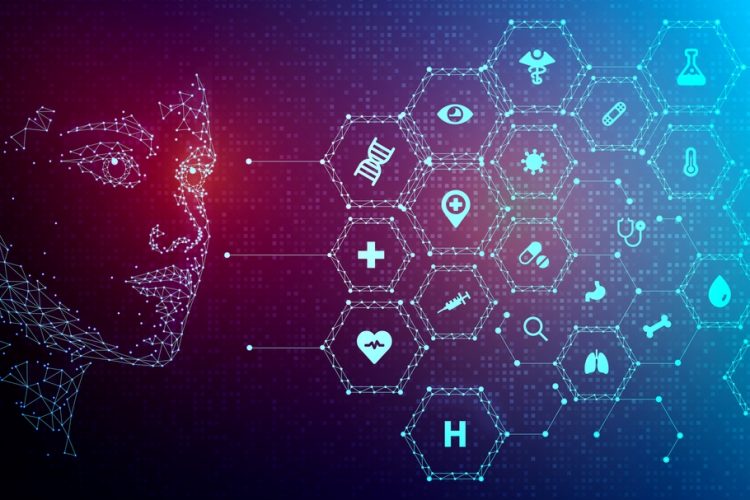 The concept of precision medicine, wherein disease treatment and prevention considers genetic, environmental, and lifestyle differences in patients, has been widely researched and discussed in recent years. This approach is also referred to as “personalised medicine” because it is tailored to the individual patient. Particularly in the field of oncology, it is now commonplace for treatments to be developed to target specific tumour genotypes; perhaps some of the most well-known examples are those relating to breast cancer, where treatments are often indicated based on BRCA gene, hormone receptor (HR) and/or human epidermal growth factor receptor 2 (HER2) expression.

While commonly discussed, the precision medicine field is still in its infancy in countries such as the United Arab Emirates (UAE), where a project is being undertaken in the emirate of Abu Dhabi to establish a research and clinical translation ecosystem for this therapeutic approach.

What is a virtual research institute?

A VRI is a platform for collaborative research. Professor Ljubisavljevic explained that rather than constructing a bricks-and-mortar research institute, a VRI brings together different organisations to pool their researchers and existing resources, laboratories and knowledge, enabling them to work collaboratively on common projects. 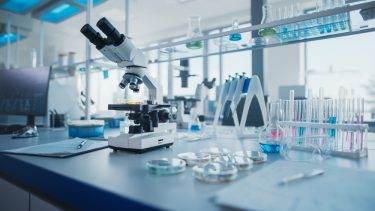 While VRIs are not a novel concept worldwide, with several having been established in the US and Europe, including the Science Across Virtual Institutes (SAVI) and the Joint Programming Initiative on Antimicrobial Resistance Virtual Research Institute (JPIAMR-VRI), the ADPMVRI and two other VRIs being established by ASPIRE are a first in the UAE. If successful, VRIs enable collaboration with a broad pool of partners across the world, bringing cutting-edge technologies and expertise to areas they may never have been available before. The ADPMVRI aims to build an extensive network of such international partners.

Dr Johnson explained that the precision medicine VRI will be based on a “hub and spoke” model, where institutions such as the UAEU act as the primary hubs of research and extend “spokes” out to other research institutes and businesses worldwide to create a larger network that unites “the best and brightest to work on fundamental problems”. If successful, proposals submitted to the VRI Program receive funding of AED 70 million (approximately €17.5 million) over five years. Each project will be subject to an annual review and renewed for funding if they make satisfactory progress.

In his role as the Head of the ADPMVRI, Professor Ljubisavljevic will lead the consortium of higher education institutions collaborating in the programme, including the UAEU, the New York University Abu Dhabi and Khalifa University in the emirate of Abu Dhabi, as well as the University of Sharjah and Zayed University in the wider UAE.

Why precision medicine? And why in Abu Dhabi?

The ADPMVRI provides a collaborative hub for precision medicine research that will hopefully establish Abu Dhabi, and the UAE more broadly, as a key centre for the field regionally and worldwide”

Dr Johnson explained that due to the vast ethnic diversity of Abu Dhabi’s population, precision medicine has now become all but vital to advancing patient care: “We have done a great job treating people with the one-size-fits-all approach. However, because of the diversity of Abu Dhabi’s population, and in our sustained efforts to provide world-class healthcare, the next step is tailoring the care. Clearly, we have come as far as we can using the traditional treatment methodology and precision could well be the next incremental step. Today, it is no longer enough to be accurate and simply target where we are looking, we also need to do it more efficiently, so that our margin for error is smaller – this is where precision medicine can add immense value.”

What are the goals of the new VRI?

Professor Ljubisavljevic explained that there are two overriding aims: to enable collaborative research on precision medicine, building the technological platforms required to perform it; and to act as a liaison with healthcare providers and the public to facilitate its adoption.

He stated that, within each VRI hub, multiple teams will conduct fundamental research to establish precision medicine for the Arab genome. This research will include identifying key biomarkers in critical non-communicable disease areas such as cancer, metabolic diseases, neurological disorders, and cardiovascular diseases, while attempting to understand how differences in the UAE population’s genetic profile may contribute to people’s predisposition to develop these conditions, as well as the pathogenesis of disease and how these conditions could be prevented or treated. To facilitate this initiative, they will build technology platforms for imaging, genomics, metabolomics, epigenetics, and more. He hopes that through the project and its outcomes over the next five to 10 years, precision medicine can be established not only in the emirate of Abu Dhabi but also across the wider UAE. 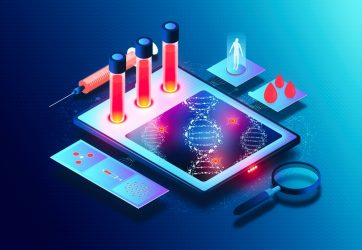 According to Professor Ljubisavljevic, a key additional goal is sustainability: “To establish a sustainable ecosystem in which we will be able to recruit and educate a new generation of scientists, including Emirati scientists,” as well as educate healthcare providers on precision medicine. “We are keen to build a world-class infrastructure, human and physical, which will enable collaboration with scientists beyond the VRI itself. This infrastructure is really to augment fundamental biomedical research and will hopefully translate into a range of outcomes either through patenting or commercialisation,” he stated.

Dr Johnson pointed out that for ASPIRE, the aim within the next five to 10 years is to see technologies and tech solutions moving from fundamental research at the VRI through commercialisation into the marketplace – and finding their way to end users. His broad vision for the VRI projects is to “push the transition from a resource-based economy to a knowledge-based economy.” He noted: “By funding these projects, we have the opportunity to make Abu Dhabi a centre for such research… for it to become a hub, not just for the UAE, but regionally and maybe globally in developing precision medicine. Africa is next door on one side and Asia on the other, so we are in an interesting location in the world where there are many ethnically diverse populations. I believe this would be an ideal place to set that kind of industry.”

To facilitate this shift, Dr Johnson asserted that the end result must be to ensure market viability. He said that technology on its own or research for its own sake is not sufficient and instead, there must be a focus on productisation and prototype solutions to support the formation of a business – which is where ASPIRE and another arm of Abu Dhabi’s ATRC, the Technology Innovation Institute (TII), come in. The R&D projects underway across TII’s 10 applied research centers including the recently announced Biotechnology Research Centre, are striving to achieve futuristic solutions to the world’s pressing challenges and will complement the VRI’s fundamental research and innovation. TII and ASPIRE will also push for the subsequent commercialisation of these products.

What projects are already underway at ADPMVRI?

Professor Ljubisavljevic outlined several projects already ongoing at the VRI, including collaborations between the New York University Abu Dhabi and UAE National Genome Project, working to broaden the current expertise available to analyze the UAE national genome. Another project at the New York University Abu Dhabi is a prospective cohort study, called the Future Study, exploring different aspects of communicable diseases such as diabetes and obesity.

It is no longer enough to tackle or treat conditions symptomatically or at the periphery; the ultimate goal is to zero in on the precise issue and efficiently hit it time and time again, under a variety of conditions”

At the UAEU, current projects include investing in and building a new research magnetic resonance imaging (MRI) platform to examine patients, as well as Professor Ljubisavljevic’s own project: a longitudinal examination of neurophysiological markers in multiple sclerosis patients. His goal is to identify biomarkers of response to treatment and work towards potentially predicting the response and the severity of the disease itself. He explained: “At the moment, there are many different disease-modifying treatments used to treat multiple sclerosis, yet we have very little capacity to predict which patient will deteriorate quickly, which could have a very aggressive form of multiple sclerosis, or which drugs are likely to be effective.”

Other projects are also being undertaken to explore epigenetic biomarkers of conditions such as diabetes and pharmacoepigenetics, an emerging field relating differences in individuals’ epigenetics to variations in treatment response.

The ADPMVRI provides a collaborative hub for precision medicine research that will hopefully establish Abu Dhabi, and the UAE more broadly, as a key centre for the field regionally and worldwide. With ambitious targets and a focus on projects that can “Deliver quick outcomes and go beyond research publications into real clinical solutions in which the identified biomarkers can be used to predict, for example, disease risk or therapeutic response,” Professor Ljubisavljevic is excited about the future health implications of applying precision medicine to benefit the Emirati population.

Discussing the importance of developing precision medicine for a population outside of the White ethnic group that is traditionally the focus of such studies, Dr Johnson concluded: “We need to emphasise that the medicines and healthcare we currently have are of a high quality. However, the next step is how we can make treatment more effective. Precision is a spectrum and our endeavour is to group our shots more closely.” It is no longer enough to tackle or treat conditions symptomatically or at the periphery; the ultimate goal is to zero in on the precise issue and efficiently hit it time and time again, under a variety of conditions.