Any pharmaceutical product, whether manufactured in the hospital or industrial environment, has the potential to be contaminated with microorganisms. With sterile products, any microbial contamination presents an unacceptable risk; with non-sterile products, the implication of the contamination is dependent upon whether the microorganism can be considered ‘objectionable’, and then to the extent that it can cause patient harm (and here a risk assessment is ordinarily required)1. 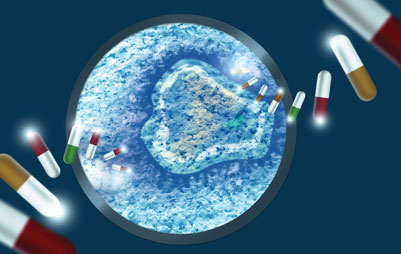 There are different types of microorganisms associated with product recalls. At this stage into the 21st century, fungal contamination of nonsterile products is one of the major reasons for product recalls, production shutdowns, and losses in labour and manufacturing. This can result in a reduced shelf life by compromising product integrity or present potential health hazard to patients2. Many of the reasons are due to the lack of quality control, process control and proper testing.

Fungi are more evolutionarily advanced forms of microorganisms, as compared to the prokaryotes (such as bacteria). Fungi are commonly divided into two distinct morphological forms: yeasts and hyphae (or filamentous). Yeasts are unicellular fungi which reproduce asexually by blastoconidia formation (budding) or fission4. Fungal contamination in pharmaceutical products represents a potential hazard for two reasons. First, it may cause product spoilage; the metabolic versatility of fungi is such that any formulation ingredient from simple sugars to complex aromatic molecules may undergo chemical modification in the presence of a suitable organism. Spoilage will not only affect therapeutic properties of the product but may also discourage the patient from taking the medication. Second, product contamination represents a health hazard to the patient, although the extent of the hazard will vary from product to product and patient to patient, depending on the types and numbers of organisms present, the route of administration, and the resistance of the patient to infection.

The ability of fungi to produce degradative spoilage in products depends on their ability to synthesise appropriate enzymes. Pharmaceuticals, cosmetics, foods and other products are at risk because fungi are extremely versatile and adaptive in their ability to synthesise degradative enzymes. A consequence of degradation is that low-molecular-weight substrates such as sugars, amino acids, organic acids and glycerol are broken down by primary catabolic pathways. The enzymes for these pathways are constitutive in a wide range of fungi. Fungal contaminants like Aspergillus and Penicillium spp. are the most common source of proteinase and peptidase enzymes causing breakdown of compounds such as gelatine.

It has been estimated that around half of the fungi found in the environment could cause infections in people (mycosis)5. With pharmaceutical products, the two major hazards are air, through the inhalation of spores (such as through inhalers); and skin, through the rubbing in of creams and ointments (many fungi live off keratin, a protein that makes up the skin, hair and nails).

Fungal incidents have increasingly accounted for product recalls for medicinal products associated with microbiological incidents6. This is evident by an examination of data provided by the US Food and Drug Administration (FDA). A recall is a ﬁrm’s removal or correction of a marketed product that a regulator like the FDA considers to be in violation of the laws it administers, and against which the regulator would initiate legal action (such as seizure of the medicinal product).

Dividing recent recall notification into two periods (1990 – 1999 and 2000 – 2012) shows that for 1990 – 1999, five per cent of microbiological related recalls were due to fungal contamination; whereas for 2000 – 2012, fungal innocents accounted for 21 per cent of recalls; making fungal contamination the second highest microbial related reason (after water-associated Gram-negative bacteria). With these fungal incidents, some of the reasons given for the recalls were package integrity deficiencies; media fill failures, improper sterilisation validation and numerous deficiencies during aseptic processing.

Further analysis indicates that a total of 38 non-sterile products were recalled due to fungal contamination by FDA during 1997 – 2012. Among these incidents, with 29 recalls, the fungi causing the contaminated were not speciated (probably due to inadequacies within quality control departments). The main types of fungi that were speciated were filamentous (moulds), with contamination from yeast being less common.

Some of the main types of fungi and the range of products contaminated have been summarised in Table 1. Aside from these, one of the most significant fungal contamination incidents relating to sterile products was the case relating to the New England Compounding Center (NECC) in 2012. A series of sterility assurance failures triggered a multistate outbreak of fungal infections among patients who received contaminated preservative-free methylprednisolone acetate steroid injections manufactured by the NECC. The infections identified as part of this investigation include fungal meningitis, a form of meningitis that is not contagious, localised spinal or paraspinal infections, and infections associated with injections in a peripheral joint space, such as a knee, shoulder, or ankle7. By October 2013, some 751 patients had become infected and of these 64 had died.

The primary fungal contaminant was Exserohilum rostratum (a dematiaceous, or black, mould containing melanin in its cell wall. It is widely found in the environment, on plant debris, in soil, and in water)8. The contamination was traced to several sterility assurance failures which were identified by the FDA. These included concerns with cleanroom management (including disinfection), aseptic filling practices, and the improper use of autoclaves for equipment sterilisation.

Moulds are ubiquitous in nature and, therefore they pose a risk to pharmaceutical manufacturing operations. Aspergillus spp., Cladosporium spp., Penicillium spp., Trychophyton spp., and other filamentous fungi have, in some cases, caused significant microbial contamination issues in production environments and manufactured products. Such moulds are detected by effective environmental monitoring regimes using a range of air and surface monitoring techniques and appropriate microbiological culture media.

Within cleanrooms and controlled environments, risk areas where fungi can occur include:

In addition to the cleanroom sources, the extent that personnel carry fungi appears to be greater than previously though. US National Institutes of Health researchers sequenced the DNA of fungi at skin sites of healthy adults and found the heel and toes to carry high levels of fungi, with populous areas also relating to the head, neck and eyebrows. The main species found on the human body were Malassezia spp., Pencillium spp. and Aspergillus spp10. Such high numbers mean that cleanroom gowning procedures and cleanroom behaviour disciplines need to be of a high standard.

In terms of the proliferation of fungi within cleanrooms, the main risk factors are poorly ventilated areas or cleanrooms with insufficient air changes; where areas are damp; and where there are ridges or cracks in finishes. In addition, plaster and paint can provide a nutritional source for moulds, although the addition of a fungistat to paint (such as percentage pentachlorophenol) can be effective at inhibiting fungal growth.

Materials transferred into cleanrooms also present a risk, particularly raw materials where fungal flora are associated with materials of plant origin such as gum acacia, tragacanth, agar, and starches. Packaging materials can also be a source. Here the primary risk factors are dust, cardboard and transport.

To these hazards can be added ‘influencing factors’, which can affect the likelihood of fungi surviving. These factors include changes to environmental conditions (such as a rise in ambient temperature; air humidity); personnel behaviour and hygiene; biocide efficacy; ineffective cleaning; the time of year; and the geographical environment.

As indicated earlier, one of the problems with tracking contamination through a pharmaceutical facility is the lack of species identification performed. To develop the effective corrective action when out of specification results are obtained, accurate fungal identification is needed if the contamination source is to be determined and tracked. A corrective action is not effective if wrong information is used to develop a proper solution to a given problem. Moreover, it is of interest that many of the main species recovered from cleanrooms and materials are the same as those species of fungi associated with pharmaceutical product recalls.

With non-sterile products, where a fungus is detected as the result of end-product testing, an assessment is required as to whether the fungus is objectionable. According to Sutton1, this risk analysis should incorporate a minimum of four separate considerations. These are absolute numbers of organisms seen; the microorganism’s characteristics; product characteristics; and the potential impact on patients.

The understanding of pathogenic and objectionable microorganisms has become more complicated through the findings of the Human Microbiome Project. It is not yet fully known what the relationships are between the bacteria that normally reside within the human body, those introduced into it, and the various genetic interactions that may occur11.

This article has examined the risks posed by fungi to pharmaceutical products and has emphasised how this is an issue of growing importance (as seen by the extent of product recalls relating to fungal contamination). The article has further considered where fungi pose a risk within the manufacturing process. The article has gone on to argue that recalls relating to fungal contamination can be reduced through improved cleanroom design; risk assessment; and developing greater specialisms within quality control departments in order to be able to characterise, identify and to trace fungi. This way, the risks posed by fungi to pharmaceutical processes should receive the level of attention necessary, especially in light of the potential for certain products to become contaminated.

5 responses to “Fungal contamination of pharmaceutical products: a growing menace”