Antimicrobial drugs form a significant aspect of disease therapy and are a major means of treating bacterial, fungal and viral infections. The issue of antimicrobial therapy is of current interest and clinical concern. This is mainly due to two key reasons; (i) persistent emergence of microbial resistant strains and (ii) the significant reduction in the rate of successful discovery new generations of more potent antibiotics to combat this resistance epidemic (especially in bacteria). 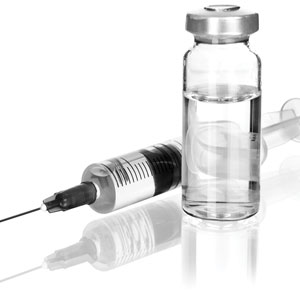 Traditionally, antimicrobial drugs have been delivered by oral or parenteral administration in the form of tablets / capsules and injections, respectively. Occasionally, topical antimicrobial formulations such as creams, ointments and gels have been employed to augment systemic administration. There is a large body of literature regarding systemic antimicrobial drug delivery and these will probably remain the mainstay of antimicrobial drug delivery for a long time to come. However, these are plagued with several challenges. Firstly, drugs administered via the oral and parenteral routes mainly involve a general ‘overkill’ approach, where body tissues are exposed to significantly high concentrations of very potent drugs, rather than that required at the site of action. This makes the delivery non-specific and therefore presents a high risk of unwanted side effects and even potential toxicity. Further, drug administration via the oral route requires higher than the dose required due to first pass metabolism in the liver and destruction in the stomach for acid labile drugs. Antimicrobial drugs, especially broad spectrum antibiotics, administered orally also tend to destroy communal (‘friendly’) bacteria naturally present in the stomach and therefore create a favourable environment for more harmful but generally non virulent microorganisms to cause problems, which sometimes result in fatalities. In addition, for conditions such as infected diabetic foot or venous ulcers, systemic administration is largely ineffective due to reduced blood circulation at the extremities, especially in diabetic patients. Finally, it is largely unnecessary to administer antimicrobial drugs for local infections via oral tablets or parenteral injections when smaller local doses may be better.

Micro and nano-structured biomaterials such as microparticles, nanoparticles and liposomes have unique physicochemical properties such as ultra small and controllable size, large surface area to mass ratio, high reactivity and functionalisable structure. These properties can be applied to facilitate the administration of antimicrobial drugs, thereby overcoming some of the limitations in traditional antimicrobial therapeutics such as oral tablets and injections. In recent years, encapsulation of antimicrobial drugs in nanoparticulate systems has emerged as an innovative and promising alternative that enhances therapeutic effectiveness and minimises undesirable side effects of the drugs1. Liposomes are spherical lipid vesicles with a bilayered membrane structure consisting of amphiphilic lipid molecules. Liposomes were initially introduced to the cosmetic market by Dior in 1986. In 1995, Doxil (doxorubicin liposomes) became the first liposomal delivery system approved by the Food and Drug Administration (FDA) to treat acquired immune deficiency syndrome related Kaposi’s sarcoma2. At the micro level3, developed alginate based microparticles as oral sustained drug delivery carriers for the treatment of tuberculosis in order to improve patient compliance. These microparticles exhibited sustained release of the drugs isoniazid, rifampicin and pyrazinamide for three to five days in plasma and up to nine days within the target organs which was significantly higher than the control by direct administration of the free drugs.

Topical antimicrobials are compounds which are used to either kill or control the growth of microorganisms4. They are mainly classified as antiseptics and antibiotics and have high specificity to treat bacterial infection. Antiseptics are disinfectants that can be used on intact skin and some open wounds to kill or inhibit microorganisms. They often have a broad spectrum antimicrobial action and residual anti-infective activity but are often toxic to host tissues and cell components (e.g. fibroblasts, keratinocytes, and possibly leukocytes)5. Topical antibiotics are potent chemicals with high specificity, produced either naturally (e.g. by a microorganism) or synthetically which in dilute concentrations, inhibit or kill other microorganisms. They usually act on one specific cell target, and are relatively non-toxic but more susceptible to losing their effectiveness to bacterial resistance5. They are available in the form of suspensions, solution, creams, gels and ointments.

Liquid antimicrobial formulations such as saline solutions have poor retention at the wound site and are normally only useful as cleansing agents prior to covering with a normal dressing. Topical creams, ointments and gels provide adequate and relatively sustained and apparently non-toxic levels of antiseptics and demonstrated benefit over saline irrigation4. However, their use is associated with messiness and also eventually loses their viscosity due to absorption of local fluid and has therefore fallen out of use6.

As a result, new medicated dressings loaded with antimicrobial agents have been reported in the literature and also available commercially. Local delivery of these antibiotics in the form of dressings is more convenient over systemic administration since they deliver a higher concentration of the drug directly to the desired area and are less frequently implicated in causing bacterial resistance8-11. Antimicrobials are incorporated into these dressings to either treat or prevent microbial infections which are one of the major causes of delayed healing in chronic wounds such as are common diabetic foot ulcers12,13 surgical and accident14 wounds where the incidence of infections can be high due to reduced resistance resulting from extreme trauma. For example, povidone-iodine has been used with fabric based dressings. Moist wound dressings loaded with silver for control of wound infection include hydrocolloid, polyurethane, foam, film and silicone dressings. Treatment of dermal depth burn wounds using antimicrobial releasing silicone gel sheets which promotes epithelisation of superficial burns has been described by Sawada et al who also developed a chitosan-polyurethane film dressing incorporating minocycline for treating severe burn wounds15. More novel formulations have been reported for use in the delivery of drugs such as tetracycline16. Sudheesh et al also reported on novel β-chitin/nanosilver composite scaffolds for wound healing applications using β-chitin hydrogel loaded with silver nanoparticles17. The composite scaffolds showed antibacterial activity against Escherichia coli and Staphylococcus aureus and were also haemostatic. Bishweshwar and co-workers proposed the use of electrospun nylon-6 nanofibres loaded with silver nanoparticles as wound dressings for infected wounds18. Boateng and co-workers and Pawar et al have recently shown preliminary evidence of potential synergistic antimicrobial activity of streptomycin in combination with diclofenac (in vitro) loaded into freeze-dried polymeric wafer dressings19,20. The drug loaded dressing was active against three main infection causative agents; Escherichia coli and Staphylococcus aureus and Pseudomonas aeruginosa. Broad spectrum antimicrobial agents (e.g. streptomycin, neomycin) have been used to prevent as well as treat infections common in chronic diabetic and venous ulcers21 and burn injuries22. Labovitiadi et al prepared freeze-dried wafers from a single polymer and loaded with four broad spectrum anti-microbial compounds individually against methicillin-resistant Staphylococcus aureus23.

As noted in the introduction, it is our view that the delivery of antibiotics to local wound sites is better than systemic administration for several reasons. Antibiotic doses needed to achieve sufficient systemic efficiency often results in toxic reactions such as cumulative cell and organ toxicity of the aminoglycosides in the ears and kidneys24,25. The use of lower antibiotic doses within the dressings also reduces the risk of systemic toxicity considerably. In addition, local delivery from dressings can overcome the problem of ineffective systemic antibiotic therapy, resulting from poor blood circulation at the extremities in diabetic foot ulcers.

The vagina has been studied as a favourable site for the local and systemic delivery of drugs, specifically for female-related infections. Traditionally, the vaginal cavity has been used for the delivery of locally acting drugs such as antibacterial, antifungal, antiprotozoal, antiviral, labour-inducing, spermicidal agents, prostaglandins and steroids. In the past decade, advances have been reported in the delivery of microbicides, which are formulations loaded with active pharmaceutical ingredients that can prevent the transmission of sexually transmitted diseases such as gonorrhoea, syphilis and acquired immune deficiency syndrome. To date, there are approximately 60 antimicrobials in different stages of development26. Antimicrobial drug delivery via the vaginal route can provide better protection than standard prevention tools such as condoms, and provide greater control over the risk of exposure to sexually transmitted diseases. Mucoadhesive liposomes containing metronidazole has been reported for controlled and localised vaginal delivery to reduce vaginal infection27. Vaginal bioadhesive tablets were proposed as a controlled and prolonged delivery system28 for antimicrobial drugs. Clotrimazole in the form of vaginal suppositories has been proven to be successfully applied in the treatment of vulvo-vaginal candidiasis. The success of the therapy was comparable to that of oral ketoconazole, without adverse effects connected with systemic therapy29. Aubyn and Boateng recently reported on the development of composite freeze-dried matrix combining sodium alginate and carrageenan for the vaginal delivery of metronidazole30. Chloramphenicol cream has been applied in the treatment of local vaginal bacterial infections31. Pavelić et al, developed liposome containing clotrimazole, metronidazole and chloramphenicol suitable for the treatment of vaginal infections32.

In summary, antimicrobial delivery will continue to evolve with the emergence of innovative and more efficient ways of achieving therapeutic efficacy with the minimum amount of toxicity or side effects.

By Joshua Boateng and Harshavardhan Pawar, Department of Pharmaceutical Chemical and Environmental Sciences, Faculty of Engineering and Science, University of Greenwich