The microbial contamination of medicinal products constitutes a continuous threat to the health of consumers, which may negatively impact pharmaceutical companies’ reputability. However, multidose sterile pharmaceutical products are prone to contamination either from the normal flora of the human body or from the surrounding environment, following their misuse by patients. With the absence of strict medical supervision from medical professionals, patients can infect themselves with such a contaminated product. The study described in this article provides a new prospective view on the preservative efficacy test (PET) to assess the potency of antimicrobial agent(s) in two formulae of eye drops as well as quantitatively determining the risk of recontamination by the consumer. 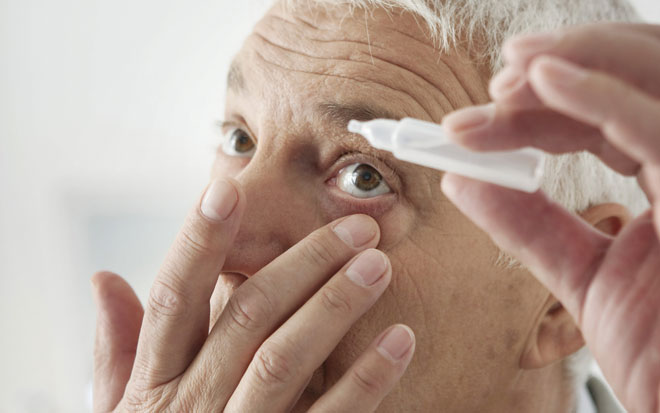 Several studies have documented contamination of preserved eye drops, the rate of which varies between 2.2% and 34.8%1,2. Contamination of these products can lead to serious eye infections, especially when the ocular surface defenses are compromised. Application of contaminated eye drops may lead to potentially devastating consequences in patients, such as the development of ocular surface diseases or wound leaks following intraocular surgery3. Previous studies on preserved eye drops have found high contamination rates in β-blockers, steroid drops and ocular lubricants4. A previous study has shown that contamination occurs in both inpatient and outpatient settings, while eye drops used by outpatients are more likely to be contaminated than those used by inpatients. The highest rates of contamination were seen in non-antibiotic bottles used in such outpatient settings (38%)3.

Previous studies on preserved eye drops have concluded that pathogenic Gram-negative bacteria are more likely to grow in the bottle reservoir than Gram-positive organisms, which are mainly commensal in the environment4,5. Poor technique in administering the drops is a further risk factor for contamination, especially if patients self-administer in an outpatient setting. Elderly patients, who may have poor vision and coordination, can inadvertently touch their eyes or skin with the pipette dropper and, on insertion of the dropper back into the container after use, may also contaminate the container. Patients who must use these drops very frequently greatly increase the risk that any or all of the above situations may occur3. Clinical trials of the designs of eye drop containers – all of which are plastic, squeezable and have screw-on caps – have not been carried out to determine their effectiveness at reducing contamination. However, the design can result in microbial keratitis6,4.

The principle theory in quantitation of the hazard uses PET to predict the risk of a patient’s eye becoming infected after accidental exposure to contaminated preserved eye drops. In this study, PET was performed taking into account the product-microbe interaction and the nature of the primary package to assess the probability of infection using the dose-response models of infections for the most common pathogens viz. Staphylococcus aureus and Pseudomonas aeruginosa. Provided the product was initially contaminated in the first use, the subsequent probabilities of infections with successive doses, as a function of microbial killing rate with time, could be assessed and, hence, the probability of infection (response) could be theoretically calculated, taking the maximum risk by assuming the highest microbial count on skin. Since the actual count and type of skin flora varies greatly between different body areas and individuals, the maximum skin count was used and it was assumed that the initial bioburden came from one of both S. aureus and P. aeruginosa before applying PET-dose-response infection model. Drug information and data about dosage and composition were obtained from the instruction leaflet of each medicinal product as described in Table 1 (page 00).

Common parameters for risk assessment of both bacteria were obtained from Table 2 (page 00) and Table 3 (page 00). A squeeze bottle of 5ml in capacity and orifice diameter of approximately 2.44mm was used. The total viable aerobic count (TVAC) per orifice was 215094 CFU7 and the maximum size of a single drop was approximately 60µl8 (hence the maximum initial contamination carried by the first use for both microorganisms was 2612 CFU/drop). The microbial dose delivered to a patient by a single application (D) was given by equation 1 and the exponential dose response model for both microorganisms was obtained from equation 29,10. Beta Poisson from equation 3 was applied for P. aeruginosa as an alternative model17.

Xn = inoculums received per product (CFU); n = number of doses; V = preparation volume (ml); S= number of drops per single administration; d = size of a single drop (ml). LR = logarithmic reduction between two applications; K= an organism’s independent and identical probability of surviving to reach and infect at an appropriate site; N50 = the dose at which 50% of the population is expected to be affected; α= constant for microorganism model in beta Poisson distribution.

Outcome of the proposed hypothesis

Results of the preliminary neutralisation procedure (see Table 4; page 00) showed that an effective neutralisation procedure was achieved by 1:10 (v/v) dilution in neutralising broth with the exception of C. albicans which showed acceptable recovery at 1:100 (v/v). The common water isolate was identified as Burkholderia cepacia, which was included in PET as an objectionable bacterium to verify the ability of the formulations to suppress its growth. PET tests for both non-steroidal anti-inflammatory drug (NSAID) and H1 receptor antagonist eye drops were performed against index microorganisms and these passed the test with the exception of the antihistaminic eye drop with P. aeruginosa, which showed significant but ineffective reduction in count and did not pass USP criteria. Interestingly, the H1 receptor antagonist showed a five times increase in the concentration of benzalkonium chloride (BKC) but weak antipseudomonal activity when compared with the NSAID formula, however, it later contained other components that supported the antimicrobial action of BKC, namely, boric acid, borax and EDTA. Other non-antimicrobial components such as PVP-K may modify the water activity (aw), which Gram-negative bacteria are more sensitive to than other microbes11,12. Hence, the synergistic antimicrobial effect between these components was expected.

The study highlighted the importance of redesigning the preservation formulae to increase the antimicrobial efficacy against the most risky microbes per specific route of administration. The currently-used methodology of risk assessment provided novel insights into PET evaluation in an attempt to deliver microbiologically safe drugs to patients. The study highlighted the impact of dosing frequency on the risk value. The study can be used as a milestone in assessing the risk for all pharmaceutical products, whether they are sterile or non-sterile medicines. The infection risk probability research from medicinal drugs can be further investigated by using multiple successive contamination spots as a separate study rather than single initial spot contamination.