Re-evaluating the Cancer Drugs Fund: Out with the old, in with the new

In April of this year, NICE started to assess the cost and clinical effectiveness of every drug currently in the old cancer drugs fund… 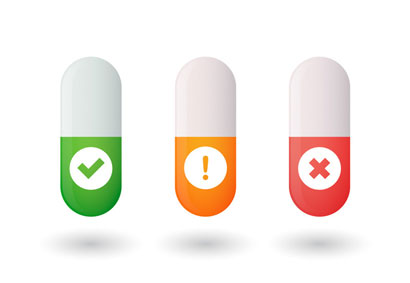 To find out the results of the appraisal of the Cancer Drugs Fund, click here!

Originally introduced in 2011, The Cancer Drugs Fund (CDF) was established by the coalition Government in order to provide a means by which NHS patients in England could get cancer drugs that were not routinely available on the NHS.

The Fund was originally due to end in 2014, having acted as a bridge to a new system of Value Based Pricing but this was not pursed and the CDF extended. Since its inception, it has benefitted over 95,000 patients but it has since come under unsustainable financial pressure with government calls for urgent reform as it has consistently spent over budget. Eventually the fund closed in March 2016.

Following a 12 week public consultation however, the CDF will reform to replace the old systems with more cost-effective ways of managing cancer treatment.

The new system is the product of the working partnership between NHS England, The National Institutes for Health and Care Excellence (NICE), Public Health England and the Department of Health. There are several key features to the new structure including early funding options, managed access agreements between the NHS and pharmaceutical companies and an expenditure control mechanism to help reduce cost.

How the Cancer Drugs Fund choose treatments to fund

Drugs covered by the CDF change as new drugs become available or if NICE decides to make it routinely available on the NHS. New drugs are added to the list after medical evidence, usually clinical trials, has been evaluated by the Chemotherapy Clinical Reference Group. There are four regional panels of experts that provide summaries of the drug to this group and the panels cover Northern England, the Midlands and East England, the South of England and London.

Approving for NHS routine use or the CDF

In April of this year, NICE started to assess the cost and clinical effectiveness of every drug currently in the old CDF. In August, the first two drugs investigated from the old fund were approved for routine NHS use, meaning that, following the pharmaceutical companies discounted prices, the drugs are now cost effective and available to a wider range of cancer patients.

The appraisal process for CDF drugs now allows NICE to make one of three recommendations: 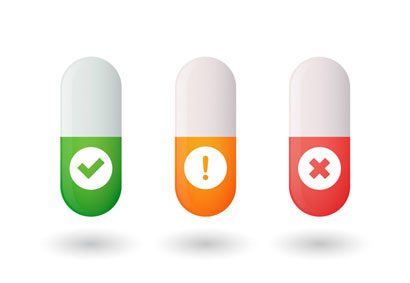 In order to complete this assessment quickly and efficiently, NICE has implemented a rapid reconsideration process on all already licensed drugs. The new option available to NICE, to recommend for use within the CDF, is worth noting. It can be used when NICE considers there to be a plausible potential for a drug to satisfy the criteria for routine commissioning, but where there is significant remaining clinical uncertainty.

On this first of what is sure to be many changes, Professor Carole Longson, Director of the Centre for Health Technology Evaluation at NICE, said, “It’s great to see that companies are engaging with our CDF reconsideration process in a constructive way, resulting in these positive recommendations. Patients with chronic myeloid leukaemia and lung cancer will now be reassured that these drugs are available for routine NHS use. This is good news. As these drugs move into routine budgets, CDF funding can be freed up for other new and innovative cancer treatments.”

Why the CDF didn’t work

First of all, the lack of clear criteria for how and when drugs should exit the fund placed it under unsustainable financial pressure. This was unsustainable and there was not enough communication between institutes. The annual budget for the CDF was increased from £200m in 2011/12 to £340m in 2015/16. Despite this, the CDF exceeded its allocated budget each year since 2013. Furthermore, even though two reprioritisation exercises were undertaken, the final outturn position for 2015/16 was £466m – a massive of overspend of £126m (37%). Following this, the independent Cancer Taskforce and the National Audit Office agreed that the CDF was not sustainable in its current form.

NHS England and NICE launched a full public consultation on proposals for reforming the CDF at the end of 2015. Subsequently, on 26th February 2016, the NHS England Board approved plans to establish the CDF as a new managed access scheme with clear entry and exit criteria.

Decisions will be based on the National Cancer Drugs Fund Prioritisation Tool in conjunction with an assessment of median drug cost per patient. This evaluation will be completed for each drug/indication under consideration and will result in an overall score based on a number of factors, including:

“…the wheat from the chaff…”

Simon Stevens, Chief Executive of NHS England, said: “Over the next five years we’re likely to see many new cancer drugs coming on to the worldwide market – some of which will be major therapeutic breakthroughs, and some of which will turn out to offer little extra patient benefit but at enormous cost. The new Cancer Drugs Fund offers a route for sorting out the wheat from the chaff, so that patients in England get faster access to the genuinely most promising new treatments.”

Professor Paul Workman, Chief Executive of The Institute of Cancer Research, London said “It does make sense for the Cancer Drugs Fund to pay for new drugs only after a provisional green light from NICE, to avoid duplicating the processes for deciding whether drugs should be made available on the NHS.”

But with the fund in jeopardy, what does this mean for cancer patients?

“The Cancer Drugs Fund has improved access to vital medicines for thousands of bowel cancer patients many of whom wouldn’t be alive today if they hadn’t had the treatment,” said charity chief executive Mark Flannagan.

“Without it we fear patients’ lives will be put at risk. We simply can’t go backwards to a time when cancer patients had to beg for life-extending treatment.”