Spray drying is a proven, flexible and scalable process used within the pharmaceutical industry to address a wide range of formulation and drug delivery challenges. Its versatility has been proven through applications to both small chemical and biopharmaceutical drugs for product delivery via multiple routes of administration. 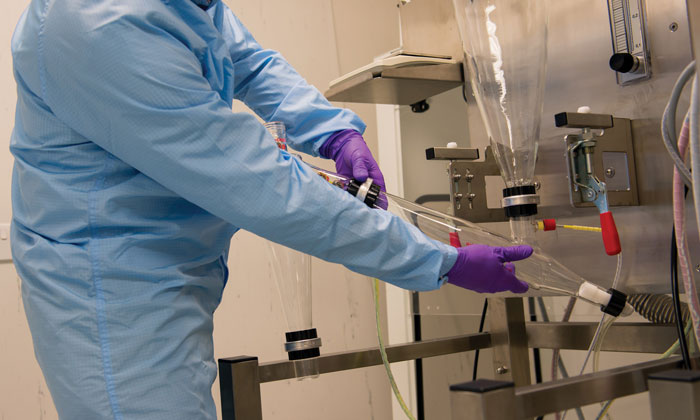 The technique is used to address stability challenges associated with temperature-sensitive molecules such as proteins and peptides, as well as providing innovative solutions for particle size critical applications such as inhaled drug delivery. In addition, the technology is now a primary formulation strategy to address an increasingly prevalent challenge in the industry: the successful oral delivery of poorly soluble compounds.

The prevalence of low or variable bioavailability in early clinical evaluation is increasing. Over 70% of new chemical entities display low aqueous solubility (defined as the highest dose strength that is insoluble in 250mL aqueous media over the physiological pH range at 37°C). Delivery of a poorly soluble drug, when formulated as a simple drug in capsule, or drug in bottle formulation – without dispersion aids, solubility enhancers or precipitation inhibitors – will limit the dissolution and hence solubility of the drug in the gastrointestinal (GI) tract. Consequently, the sub-optimal dissolution profile or subsequent precipitation of the drug during the transit through the GI tract will result in poor or variable absorption and systemic bioavailability. This presents an associated risk of sub-optimal or variable clinical data, creating a challenge when evaluating the potential of a drug candidate.

As most drugs exist in crystalline form, the energy required to break down the crystalline lattice and enable solubilisation is high. A ‘spring and parachute’ analogy is often used to describe the desired formulation strategy for such compounds. Firstly, modification of the drug properties or incorporation of formulation aids can give rise to enhanced solubilisation of the drug, depicted as the ‘spring’, and then the use of further functional excipients to prevent and prolong the onset of drug precipitation provides the ‘parachute’ effect1 . Spray drying is increasingly being applied to achieve this ‘spring and parachute’ profile as it produces an amorphous form of the drug compound in a higher energy, glassy state, which then leads to a faster dissolution rate compared to its crystalline form. Co-spray drying the compound with an excipient can prolong the time the drug is in the amorphous form to ensure rapid dissolution (the ‘spring’), promoting a supersaturated state and allowing the drug to remain in solution for an extended period of time in the intestinal milieu (the ‘parachute’ effect).

The development of a spray dried dispersion formulation starts with the selection of excipients. Depending on the solubility of these and the drug compound, spray drying can be performed from either an aqueous or solvent solution. The composition of the spray drying feed solution, including drug loading and total solid content, in conjunction with the selection of appropriate spray drying parameters, is designed to produce a homogenous powder with physical characteristics that are aligned with the intended final dosage form.

Commonly used spray dried dispersion excipients include polymers such as PVP, HPMC-AS and Copovidone. The level of drug loading possible within these polymers is mainly dictated by the solubility of the drug compound in the common solvent, and is typically between 20-30% w/w, but can be as high as 60% w/w. Polymer choice and drug: polymer ratios have the potential to impact on clinical performance and hence careful selection is required. Following excipient selection, the formulator can move to the spray dryer configuration. The nozzle and cyclone collector selection, combined with critical process parameters such as atomisation pressure and airflow, solution feed rate and temperature profile, enable the formulator to design a process at the laboratory scale which will yield a product with the desired critical quality attributes, safe in the knowledge that the process can be scaled to industrial volumes.

Analysis of spray dried dispersions typically includes traditional tests, such as assay and related substances. These are supported by a number of physical characterisation tests including tests to confirm the glass transition temperature (differential scanning calorimetry) and the physical form (X-ray powder diffraction). Depending on the intended final dosage form, determination of the wettability and dissolution profile of the spray dried dispersion in biorelevant media can provide valuable input into the formulation development programme. 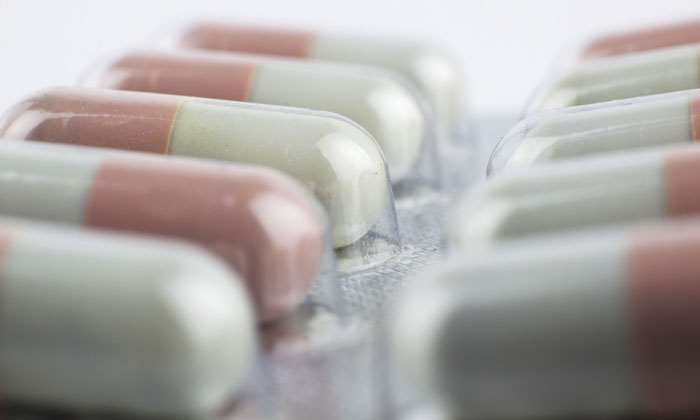 The selection and quantity of granulation excipients for the tablet blend are critical to ensuring rapid disintegration of the tablet in the gastrointestinal tract, subsequent wetting of the spray dried dispersion and hence dissolution of the drug. These parameters are critically important to success due to the fact that spray dried dispersions of poorly soluble drugs are typically 20-30% w/w drug loading and there is generally a requirement to keep the total tablet weight below 1g, resulting in limited additional excipient levels for high dose drugs (>100mg).

Analysis of spray dried dispersion tablets is similar to that of traditional tablet formulations, including disintegration and dissolution as predictors of in vivo tablet performance. During initial development, characterising tablet performance in simulated gastrointestinal media can provide additional information around the dissociation of the spray dried dispersion from the tablet and the subsequent wetting and dissolution characteristics of the tablet formulation. The use of a pH switch dissolution method (30 minutes at pH 2 followed by up to 24 hours at pH 6.8) can also provide information about the propensity of the dissolved drug to precipitate at the higher pH seen as the tablet migrates down the gastrointestinal tract in vivo. Information from this range of dissolution methods can help to guide the formulator on the excipient choice and optimal drug loading in the spray dried dispersion.

The increasing number of poorly soluble compounds in today’s drug development pipeline requires the industry formulator to apply innovative solutions to meet the challenge of developing a stable product that can enhance the oral bioavailability of the drug. Spray drying is a proven, scalable process that allows the inclusion of suitable excipients to promote both dissolution and maintained solubilisation of the compound.

In addition to the improved solubility profile of the compound, the polymer can also be used to stabilise the drug in a glassy state thereby improving the long-term physical stability at a variety of temperature and humidity conditions.

Spray drying continues to offer solutions to the multiple challenges that can arise during the drug development life-cycle and in conjunction enables the one-step production of a homogenous powder which can be further processed into solid oral dosage forms such as tablets, capsules and granules. The process is highly scalable and has produced efficacious commercial drug products with enhanced oral bioavailability. 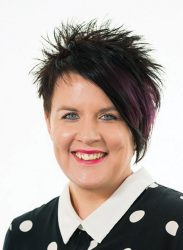 Nikki Whitfield, Vice-President, Pharmaceutical Sciences, joined Quotient Clinical in February 2012 and is responsible for the operational delivery of the formulation development, pharmaceutical analysis and GMP manufacturing groups. She possesses over 20 years’ experience in the pharmaceutical industry and has previously held technical leadership positions in Quadrant Healthcare, Quadrant Drug Delivery, Elan and Vectura, where she was responsible for the development, transfer and scale up of both early phase and late phase spray-dried inhaled and topical products intended for both European and US markets. In her previous position as a Project Director at Vectura, she led the early phase product development for two inhaled, orphan indication products and the late stage development for a novel sterile topical product. Nikki holds a Bachelor of Science degree from the University of Nottingham. The views expressed herein are the views and opinions of the author and do not reflect or represent the views of Quotient Clinical or any of the organisations with which the author is affiliated. 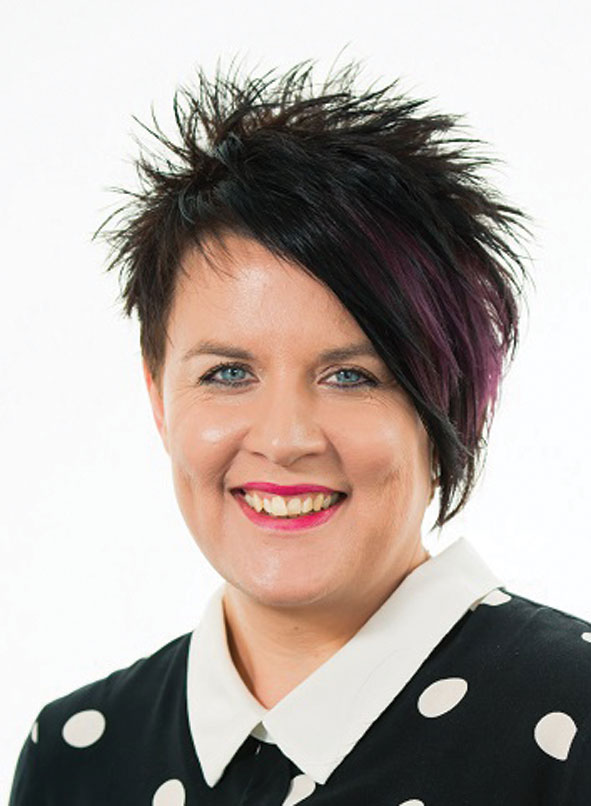