The prospects of medicinal plants in the treatment of breast cancer

Plants that have known medicinal properties are plentiful in Africa, and primary healthcare in the developing world has, since ancient times, relied heavily on their cultivation and use. Increasingly, too, the uses and effects of medicinal plants are becoming of interest globally. 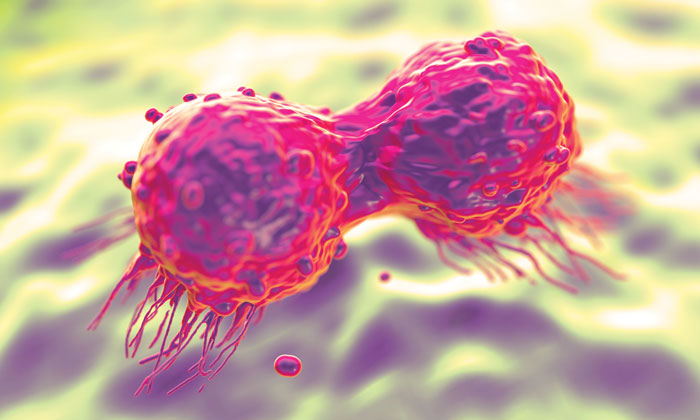 One disease that could benefit from plant-based medicines is breast cancer, an illness that is endemic throughout the world. This article presents a comprehensive review of the literature for breast cancer, revealing the types, pathology and the different stages of the disease, before exploring the current prospects for treating breast cancer with medicinal plants found specifically in Nigeria. Promising early signs of anti-tumour activity have been seen with extracts derived from frankincense, holy basil and bitter melon, which suggests these plants could be cultivated for preventative or curative means.

Breast cancer was the form of cancer most often described in ancient documents. Because autopsies were rare, cancers of the internal organs were essentially invisible to ancient medicine. Breast cancer, however, could be felt through the skin, and in its advanced state often developed into lesions. The tumour would become necrotic (die from the inside, causing it to appear to break up) and ulcerate through the skin, weeping fetid, dark fluid1,2.

Cells in the body normally divide (reproduce) only when new cells are needed. Sometimes, cells in a part of the body grow and divide out of control, thus creating a tumour. The tumour may be benign, if the cells are growing within a specified region, and thus non-cancerous. Malignant (cancerous) tumours occur when the original tumour moves away of its origin and metastasises to neighbouring tissues, as well as being abnormal and failing to function like the body’s normal cells. Cancers are named after the part of the body from which they originate.

Like other cancers, breast cancer can invade and grow into the tissue surrounding the breast. It can also travel to other parts of the body and form new tumours.

There are many types of breast cancers, however, some of them are very rare. Sometimes a breast tumour can be a mixture of invasive and in situ cancer.

This is the most common breast cancer. It starts in a milk passage (a duct), breaks through the wall of the duct and invades the tissue of the breast. From there it may be able to metastasise to other parts of the body. It accounts for about eight out of 10 invasive breast cancers12.

This is a type of non-invasive breast cancer. DCIS means that the cancer cells are only present in the ducts. They have not grown through the walls of the ducts into the tissue of the breast and so cannot spread to lymph nodes or other organs. Nearly all women with cancer at this stage can be cured. Mammograms find many cases of DCIS12.

Invasive (infiltrating) lobular carcinoma (ILC) This cancer starts in the milk glands (the lobules) and then spreads through the wall of the lobules. It can then metastasise to other parts of the body. About one in 10 invasive breast cancers are of this type12.

This uncommon type of invasive breast cancer accounts for about 1-3% of all breast cancers. Usually there is no single lump or tumour. Instead, IBC makes the skin of the breast look red and feel warm. It also may make the skin look thick and pitted, like orange peel. The breast may get bigger, hard, tender or itchy3 .

Before any cancer type can arise, there is underlying genetic malfunctioning. Hyperproliferation of cells arise from the mutation or loss of genes responsible for controlling cell division and growth. These genes are called tumour suppressor genes, and they are present in all human cells that divide. Breast cancers develop from either epithelial cells (carcinoma) or connective tissues (sarcoma). 95% of breast cancers are carcinomas, and they are divided into two major archetypes, in situ (non-invasive) and invasive (or infiltrating) carcinomas.

The in situ carcinomas may arise in either the ductal or lobular epithelium, but remain confined there, with no invasion of the underlying basement membrane that would constitute extension beyond epithelial boundaries. As would be expected with such localised and confined malignancy, there is negligible potential for metastasis. When there is extension of the ductal or lobular malignancy beyond the basement membrane that constitutes the epithelial border, then the malignancy is considered invasive (or infiltrating) ductal or lobular carcinoma. The potential for metastasis and ultimately death occurs in invasive disease.

Prospects of medicinal plants Scientifically, the treatment of breast cancer is something of a mirage. However, theoretically, medicinal plants have the potential to constitute a very important aspect of drug discovery owing to the fact that, if they are properly harnessed, they could address the problem of synethetic drugs being largely out of reach to poorer populations in developing countries. In Nigeria, medicinal plants that have great prospects in this direction are described in the following paragraphs.

Popularly known as frankincense, Boswellia serrata appears to be a good candidate for treating breast cancer. It is a remarkable plant whose crude extracts have shown cytotoxic and anti-hyper-proliferative roles in cancer cell lines; its active ingredient, acetyl-11-keto-betaboswellic acid (AKBA), induces cell death by inhibiting of the phosphorylation of extracellular-signal-regulated kinase-1 and -213.

Additionally, boswellic acid inhibits leukotrienes biosynthesis and 5-lipooxygenase, thereby halting tumour proliferation5 . The induction of apoptotic pathways such as the caspase-8 pathway also makes it a good candidate for further research. Overall, these findings suggest that boswellic acid could sufficiently inhibit growth and metastasis in cancer in vivo through down regulations of associated biomarkers6 .

Popularly known as holy basil, Ocimum sanctum is an important medicinal plant in Nigeria that has demonstrated anti-cancer properties, specifically in breast cancer. According to available literature, Ocimum sanctum extracts contain ursolic acid, eugenol and apigenin7 . Extracts from Ocimum sanctum were assayed using MTT for their selective cytotoxicity. Results showed that tumour growth was inhibited by 70% and a reasonable level of cytotoxicity. At the same time, the candidate plays the role of a pro-oxidant by reducing oxidative stress and concentration of reactive oxygen species in cells8 . In vitro assays for the study of directed motility of tumour cells showed that the movement of MDA-MB-231 cells towards fibronectin was inhibited by extracts of Ocimum sanctum7,9.

Bitter melon (Mormodica charantia) is another Nigerian medicinal plant that has been proven to significantly inhibit proliferation of cancer cells, which is accompanied by active apoptosis. As well as demonstrated these anti-tumour effects, the plant was also found to up-regulate expression of the tumour suppressor gene.

Extracts from bitter melon actively modulate signal transduction in breast cancer cells. Modulation of these signals may either proceed into a cascade of reactions that either inhibit cancer progression (caspase, poly(ADP-ribose)) or stabilise the cell cycle (cyclin B1 and cyclin D1)10. In addition, this plant has been found to contain mormodin, which has some inhibitory effect against a variety of cancer cells11.

The primary purpose of this article is to highlight the potential of medicinal plants in the treatment and prevention of breast cancer, as well as demonstrating that progress is being made in exploring new avenues in breast cancer treatment approaches. Medicinal plants can reap social, political and financial rewards to societies, particularly in developing countries, where conventional treatment options can be more limited. The incorporation of modern biotechnological approaches such as nanotechnology and intelligent liposomal drug delivery will help progress in researching medicinal plants, giving scientific researchers the tools they need to further elucidate and reveal the full potential of these plants.

Osuntokun Oludare Temitope is a Lecturer and Researcher at the Department of Microbiology, Faculty of Science,Adekunle Ajasin University, Akungba Akoko, Ondo State, Nigeria. He has published around 25 research articles and has attended various academic seminars and conferences. Osuntokun has 50 research articles on the Research-gate website. He has a diploma in food science and technology, a degree in microbiology, and a Master’s degree in medical and pharmaceutical microbiology. He is currently undertaking his PhD in pharmaceutical/medical microbiology at the prestigious Obafemi Awolowo, University, Ile-Ife, Osun State Nigeria. Osuntokun is an editor to various journals such as Donnish Journal of Microbiology and Biotechnology Research and Journal of Microbiology and Biotechnology Research.

Ogunleye Adewale Joseph is a final year undergraduate student at the Adekunle Ajasin University, Akungba Akoko, Ondo state, Nigeria. He majors in microbiology with a preference for therapeutic opportunities in viral oncology. He recently published the article, ‘Inhibition of Mutant p53 Tumour cells by Medicinal Plants’ in European Pharmaceutical Review.