Why biosimilars are changing the pharmaceutical industry

We caught up with Celltrion Healthcare’s Ho-ung Kim to find out how biosimilars cut costs, increase access to medicine and are ultimately changing the industry… 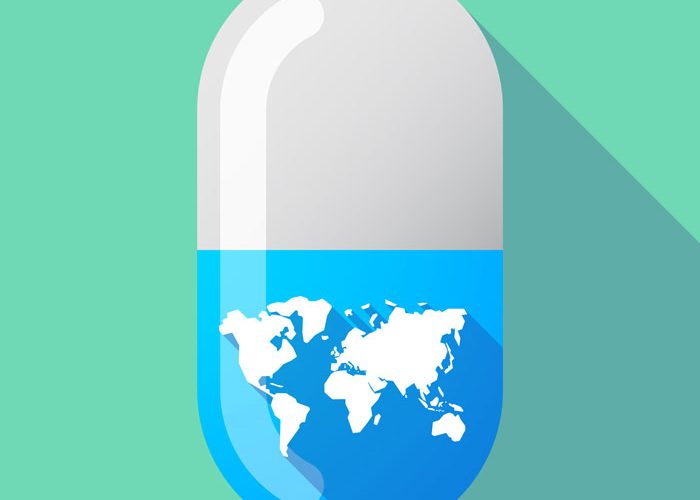 Why has Celltrion chosen to focus on biosimilars?

Celltrion has been devoted to provide quality medicines at a more affordable price to increase access to biologic treatments for patients through innovation. The efforts can be seen through the bearing of the fruits from biosimilar infliximab CT-P13’s (Remsima/Inflectra) successful launch in many countries around the world. Hence, we plan to not only make biosimilars but also intend to add value to medicines by developing biobetters and new medicines

Can you tell us about the development process of biosimilars?

Developers of biosimilars are required to demonstrate through comprehensive comparability studies with the ‘reference’ biological medicine that their biological medicine is highly similar to the reference medicine and that there are no meaningful differences in both non-clinical and clinical studies between the biosimilar and the reference medicine in terms of quality, efficacy and safety.

The EMA requires biosimilar developers to submit the toxicology data from non-clinical studies and pharmacokinetics (PK), pharmacodynamics (PD), efficacy and safety data from clinical trials, while generic drugs only need to submit the non-clinical data and clinical PK and PD data with small number of subjects.

Accordingly, a biosimilar developer has to conduct non-clinical studies, which are composed of in vitro studies and in vivo studies (if deemed necessary), and conduct clinical phase 1 study to demonstrate comparable PK and PD and phase 3 study to demonstrate comparable clinical efficacy and safety. When biosimilar comparability has been demonstrated in one indication, extrapolation of clinical data to other indications of the reference product could be acceptable.

Extrapolation should be considered in the light of the totality of data (i.e. quality, non-clinical and clinical data). For the case of safety follow up after product approval, pharmacovigilance system enables to capture product name, INN and batch numbers. The periodic safety update reports have been submitted to relevant regulatory agencies and there are no changes on product labels regarding risk-benefit assessment of the product.

How does it differ from biologics Phase I and onwards?

Phase I studies generally investigate drug profile and confirm safety in a small number of subjects. However, Phase I studies for the development of biosimilars are conducted in a relatively larger scale compared to the general Phase I studies, with a purpose to demonstrate PK equivalency and in multiple dose if the study involves patients.

Therefore, efficacy and safety, which are generally investigated in Phase II studies, are also set as secondary endpoints in Phase I studies for the development of biosimilars.

Do you conduct clinical trials (for safety and efficacy)?

Equivalence in efficacy and comparable safety must be demonstrated through the most sensitive model in Phase III.

What are the benefits of biosimilars?

Biologics have positively impacted patient treatment but their high cost places a considerable burden on healthcare systems, and can affect patient access to treatment.

Biosimilars have the potential to offer cost savings for health services, particularly as they are often used to treat long-term conditions.

As seen in the case of launching of infliximab biosimilar, the price of the originator also decreases when a biosimilar is introduced to the market, which leads to the overall decrease in treatment cost in the relevant category. Moreover, biosimilars are expected to have a major role especially in the field of oncology, since they are usually used as first line biologics, in which savings can later on contribute to an increased access to new drugs in later stages of treatment.

An evaluation of the budget impact of the introduction of CT-P13 in the treatment of RA demonstrated that the total five-year cost saving across UK, Italy, Germany and France would range from €96 million to €433 million. A further budget impact study analysed the cost savings associated with the introduction of CT-P13 in CD. The model showed that the total five year saving across UK, Italy, and France would be substantial, ranging from €76 million to €336 million.

Another study has analysed the real-world savings of CT-P13 in France, Germany, Spain, UK and Italy. The study showed that from 2015 to the first half of 2016, total cost savings associated with CT-P13 use in Germany, Spain, UK and Italy would be €32.4 million, allowing an additional 5,428 patients a year access to this important biologic therapy.

The potential cost savings of biosimilar CT-P10, the world’s first mAb biosimilar in oncology was conducted and according to the analysis, In this case the savings over three years were €570 million across the EU equating to 47,695 additional patients access to rituximab treatment.

What are the risks involved/ possible disadvantages for biosimilars?

Resistance to buy-in the concept of biosimilars due to low level of information or understanding. In other words, additional generation of data is required since there is a demand for additional clinical and pharmacoeconomic data from different stakeholders in order for the above perceptions to evolve. There is a limitation for price competition when multiple players enter the market. For these reasons, additional investment for the product needs to be accompanied with and should be planned from the initial phase of development in order to survive in the market.

Initially, uptake of biosimilars has been slow as physicians and patients have been understandably cautious about swapping proven branded biologics for biosimilars.

However, as we provided more long-term data and as clinical experience increases, we anticipated that confidence in biosimilars eventually increased as well as prescribing experience.

There was huge evolution of perception change amongst various stakeholders. Payers are quite proactively promoting uptake of biosimilars and HCPs’ perception changed quite a lot in a very short timeframe which eventually influenced patients’ perception as well.

For example, NICE has published guideline’s recommending biosimilar infliximab, the Norwegian government funded a switching study, and PBS has invested to promote the uptake of biosimilars. Physicians tend to be more favourable to switching the patients who are stable on original drug after seeing real-world evidence.

The survey also shows that positive switching studies with biosimilar infliximab have helped to reassure physicians about switching from the originator, with 71.8% of respondents believing that biosimilars are interchangeable with, or can be switched to the reference products, compared to 27.8% in 2013 survey.

PAGs are also willing to switch as well under diligent communication between HCPs and patients.

Do you think biosimilars are the future of healthcare and why?

Finding solutions in order to resolve the rising healthcare costs due to an ageing population is the task today’s global healthcare systems are facing, and biosimilars will be a solution.

Huge savings in the healthcare budget has already been demonstrated through Remsima, biosimilar infliximab, which as mentioned previously, decreased the treatment cost in that relevant treatment category. In this sense, biosimilars will be able provide solutions to the additional financial burden, particularly for autoimmune diseases or malignancies which require long-term treatment, combination therapy or 2nd or 3rd line therapies including new therapies.

Hence, biosimilars not only present an opportunity to alleviate the pressure in a healthcare system, but also increases patient access to effective biologic treatments. With the expectation for biosimilars to play a major role in decreasing the healthcare cost, Frost & Sullivan, a global market research agency, announced that the biosimilar market is expected to grow from $1.7B in 2014 to $30B by 2020.

What do you think will be the next breakthrough in making medicines affordable?

There will be a certain limitation for price competition as more and more biosimilar products enter the market. After facing the limitation, capability to provide quality biologics at an affordable price will increase not only by launching the biosimilar, but when accompanied with research on the manufacturing process for better efficiency.

Moreover, relative treatment costs will be reduced when products with additional values, such as convenience and personalisation to patients, are provided through innovative approach, alongside with the research for a more efficient manufacturing process. For instance, Celltrion’s introduction of CT-P13 ADA& PK monitoring kits and the subcutaneous formation of CT-P13 provide more convenient treatment options to patients, in which secures competitiveness of CT-P13.

A global Phase III trial is also ongoing for the subcutaneous formation of CT-P13 and Celltrion is committed to expand accessibility to more treatment options and will collaborate with partnering companies to achieve this mission.

By Ho-ung Kim, Head of Strategy and Operations Division for Celltrion Healthcare

One response to “Why biosimilars are changing the pharmaceutical industry”