The existence of life in extreme hostile environments

The beauty of the diversity of organic life stems from the ability of certain organisms to thrive in hostile and extreme climatic and environmental conditions where most normal life systems cannot survive1 . These extraordinary, microscopic forms have the power to persist more strongly than large macroscopic creatures2 . Most of them are single-celled organisms, including bacteria and archaea3 . In contrast, there are very few examples of multicellular organisms that can show such extraordinary capabilities to survive in harsh environmental conditions. The unusual microscopic organisms are a source of interest not only from the perspective of molecular biology research and applications, but also in that they may provide opportunities for novel and unique uses in the field of medicine and healthcare that can improve the quality of life for mankind. Before discussing forms of super microorganisms, this article will give an overview of some unparalleled species from the Kingdom Animalia. 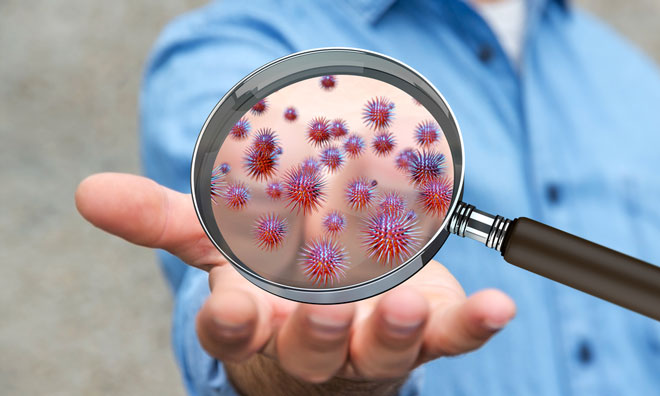 Among the huge diversity of complex life forms, few stand at the extremes of climatic or environmental conditions on earth. Six of them are discussed below. A protosome ‘first-mouth’ animal, Alvinella pompejana (Pompii worm), is a kind of polychaete worm that is also known as the bristle worm. It was discovered surrounding hydrothermal vents in the Pacific Ocean by French scientists in the early 1980s4,5. A deep sea extremophile, the organism has a protective mechanism against high temperatures, i.e., around 80°C. Such a mechanism includes, to a large extent, insulation by a chemolithotrophic type of bacteria in a mutually beneficial relationship6 . The wingless insect Galloisiana nipponensis is another example of an extremophile and belongs to the family Grylloblattidae. However, in contrast to the bristle worm it is a psychrophile that lives in cold climates around mountain tops at temperatures of 1-4°C7 . The insect can escape unfavourable temperatures that drop below the optimal range by living near the soil beneath the ice pack layer8 . Mantophasmatodea represents its closest suborder9 . Another interesting organism, the Antarctic krill known as Euphausia superba, is a key part of the eco system in the Southern Ocean10. It has a unique capability to shrink in size after moulting in response to the availability of food11. It is a small crustacean that swims in large groups ranging from 10,000 to 30,000 individual krills/m3 of water12.

The moss piglet Hypsibius dujardini belongs to phylum tardigrades and class Eutardigrada. Also known as the ‘water bear’, this animal has some unique characteristics that make it similar to microorganisms. Strangely, this creature has compact genetic material, which, when cryogenically preserved, propagates indefinitely in culture with a generation doubling time of two weeks13. While tardigrades can survive in extreme environmental conditions that may be fatal to other life forms, they are not considered extremophiles because they are not adapted to live in these conditions; their probability of death rises the longer they are exposed to the extreme environment14,15.

The giant tube worm Riftia pachyptila is a unique type of marine invertebrate that belongs to the phylum Annelida16. It lives on the Pacific Ocean floor at a great depth of several kilometers in the dark, surrounding black smokers, where it can tolerate the high levels of hydrogen sulfide that is released17. It has the fastest rate of growth among the known marine invertebrates18.

Finally, the phylum Loricifera includes Pliciloricus enigmatus, a small microscopic critter that can live in deep water away from oxygen and sunlight in an almost-saturated brine solution environment19. The ability to live in an oxygen-free environment depends on different organelles to mitochondria (which is found in all other known living eukaryotic cells) for respiration, such as hydrogenosomes20,21.

Some of the interesting terminologies that highlight the diversity of microbial life – including those terms that reflect extraordinary microbial capabilities – are discussed below.

Some organic life forms possesses the ability to proliferate and flourish favourably under extreme physical or chemical environmental conditions; these are known as extremophiles. For example, a psychrophile or cryophile can flourish at 0°C and below 20°C with its optimum temperature being ≤15°C. It is usually found in cold soils, permafrost, polar ice, cold ocean water and in or under high mountains’ snowpacks. Life forms that possess the ability to grow at 0°C but have an optimum temperature range of between 20°C and 40°C are found in psychrotolerants, while mesophiles have a growth range of 20-45°C and optimal growth temperature of 37°C.

Thermophiles and hyperthermophiles are terms for organic life forms that have optimal growth rates at 45-80°C and ≥80°C, respectively. Another interesting terminology is ‘phototaxis’, which is the response of a photosynthetic microorganism towards a light source, either positively (toward) or negatively (away).

Archaea, also called archaebacterium22, comprise a group of microorganisms that are similar to bacteria but differ in some aspects of their chemical structure, such as the composition of their cell walls. Archaea are usually found in harsh – often very hot or salty – environments, such as hot mineral springs or deep-sea hydrothermal vents, although some are also found in animals’ digestive systems. The archaea are considered a separate kingdom in some classifications, but a division of the prokaryotes (Monera) in others. Some scientists believe that archaea were the earliest forms of cellular life.

Unlike the case with bacteria, the diversity of the archaea in the human body is substantially lower, and includes representatives of only one phylum, Euryarchaeota. The phylum includes three species: Methanobrevibacter smithii, found mostly in the gut and vagina; Methanosphaera stadtmanae, found mostly in the gut; and Methanobrevibacter oralis, which resides mostly in the oral cavity23-27. Compared with bacteria, the relative abundance of archaea is also much lower23. Currently there is no substantial evidence supporting the pathogenic properties of the Archaea28.

Other interesting organic life forms are those that grow optimally at pH levels of ≤3 (acidophiles) and those that have optimal growth at pH levels of ≥9. A further life form is the cryptoendolith that lives in microscopic spaces within rocks, such as pores between the aggregate of grains; these may also be called endoliths, a term that covers organisms harbouring splits, aquifers and cracks filled with groundwater in the deep subsurface.

Additional interesting life forms are halophiles, which require a minimum of 0.2M concentrations of salt for growth29; hypoliths that survive under stones in cold deserts; metallotolerants, organisms that tolerate high levels of dissolved heavy metals, for example, Ferroplasma sp., Cupriavidus metallidurans and GFAJ-1; oligotrophs, which can grow in nutritionally limited environments; and osmophiles, which possess the ability to grow in high-sugar concentrations.

Piezophiles (barophiles) live optimally at high pressures such as those deep in the ocean or underground;30 common in the deep terrestrial subsurface and in oceanic trenches. There are even life forms that can resist high levels of ionising radiation, usually UV and other types of radiation (they are known as radioresistant), as well as those that can grow in a very dry, desiccating environment (xerophiles), such as soil microbes in the Atacama desert. Finally, borophiles are borontolerant microorganisms (mostly bacteria such as Bacillus boroniphilus), which may be helpful in understanding the mechanism of Boron toxicity and deficiency31.

The extraordinary ability of microbial life to adapt to harsh conditions has increased the awareness of the potential value for the close study of such microorganisms. The unusual biomolecules they produce may be used as such, or modified structurally for many biological applications.

Mostafa Essam Ahmed Eissa, MSc, is Microbiology Section Head at Hikma Pharmaceutical Company (formerly Alkan Pharma). Prior to this, he was Microbiology Supervisor in 2010, Senior Microbiologist in 2009, and Quality Control Microbiologist from 2004 to 2009, also at Hikma. He was a research specialist in the Biotechnology department at El-Nile Pharmaceuticals & Chemical Industry Company from 2001 to 2004. He also worked as Inspector at the Central Administration of Pharmaceutical Affairs (CAPA) of the Ministry of Health & Population from 1999 to 2001. Mr Eissa is author of several cultural and scientific articles that have been published in Dubai Cultural magazine. He has published eight scientific manuscripts and one book.