Innovation with a purpose at Agilent

David Edwards explains how Agilent spectroscopy systems combine core qualities of robustness and reliability with a spirit of innovation. 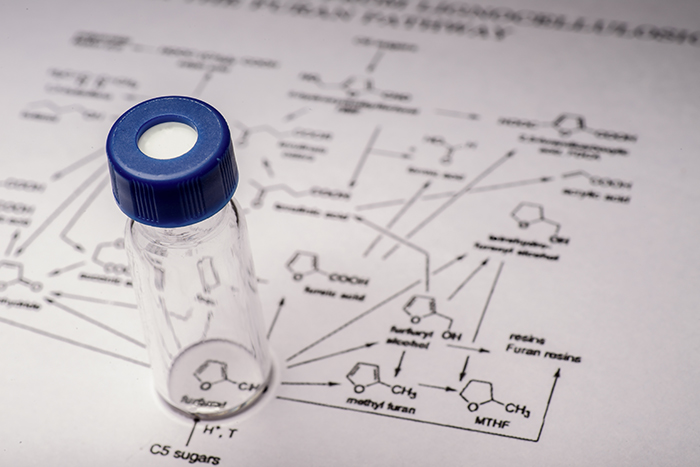 When Agilent was spun off from Hewlett Packard in 1999 as the largest initial public offering in Silicon Valley history, the $2.1bn raised was in sharp contrast to the $538 working capital of Bill Hewlett and Dave Packard when they launched their business from Packard’s Palo Alto garage in 1939.

Agilent is very different today, a global leader in life sciences, diagnostics and applied chemical markets, with net revenue of $4.2bn and around 12,500 employees. But its modern culture is a customer-focused version of the spirit of innovation that launched its founding company.

“For us, it’s about innovation with a purpose,” says Mr Edwards. “We’re not the kind of company that’s going to bring out new technology, then figure out what it’s good for.”

Underpinning this spirit of innovation is Agilent’s core focus on building routine, robust, reliable systems. “That’s what the users of our technology love, and that’s why our customers continue to buy from us, again and again,” says Mr Edwards.

Longevity testing is another key aspect of Agilent’s product development. “It’s about how to design the system so, day in, day out, it doesn’t wear out. That’s the kind of quality that we know our customers need.”

This type of connection with its customer base has recently been backed up by a Frost & Sullivan survey of lab managers commissioned by Agilent, which showed that lab managers’ top challenge is instrument maintenance and downtime. And instrument downtime due to scheduled maintenance was the second most important factor limiting productivity after sample preparation.

A transformative approach to LC/MS

Agilent’s innovative culture is apparent in its latest spectrometry launch – the Ultivo triple quadrupole liquid chromatography mass spectrometer. It describes the Ultivo triple quad as “a transformative approach to LC/MS that integrates several hardware and software innovations designed to deliver even more improved business results for customers”. And as a system that “delivers robust performance, superior uptime, and easier serviceability, in a footprint that is 70% smaller than previous instruments”.

Launched last June, the Ultivo is the smallest triple quad on the market and the only one that stacks. It has a unique aortic gate valve and cutting-edge, on-board diagnostics. The importance of instrument size in cramped laboratories is another factor borne out by the lab manager survey. Around one in five respondents said that the size of their lab limits their operations. And 75 per cent of those thought that space-saving instrument designs could help overcome this challenge.

The Ultivo reflects the cumulation of four years’ research and development. Back in late 2013, the Agilent development team envisaged today’s system as one with superior performance to earlier models, but one that would be launched at the same price level. “Customers have been pleasantly surprised that we’re not charging a premium,” says Mr Edwards.

The Ultivo represents a “big step forward” in technology at Agilent, but it also reflects a change in focus at the company over this period. Agilent’s LC-MS and GC-MS teams were brought together to form a single division two years ago, and combined with some Agilent Research Laboratories scientists who were focused on mass spectrometry. “Now we can leverage off what we’ve done in LC-MS into GC-MS and vice versa.” Some “younger minds” were also brought into the team, bringing with them a different way of looking at things.

Agilent has launched a couple of food and environmental science applications for the Ultivo, but Mr Edwards admits that metabolomics is also a “sweet spot for us”. The company will be rolling out something that is IQ/OQ compliant next year, along with some samples and stories relevant to pharma.

“The goal initially was that we wanted to have a body of scientific data that proved performance in a couple of key markets rather than spread the story too thin in terms of performance levels,” says Mr Edwards. “For me, a lot of my passion is around when we test the instrument, we run samples that are really representative of customer samples. We have a lot of internal expertise so when we go out to customers we can say, what are your headaches?”

But innovation will not stop here, says Mr Edwards. Agilent engineers are already considering how to improve integration between the LC and MS elements of the system. Customers can continue to expect their Agilent systems to evolve and reflect their needs.