This is the second in a series of articles on rapid microbiological methods that will appear in European Pharmaceutical Review during 2011. In my last article, I provided an overview of growth-based rapid microbiological methods (RMMs). This was a good place to start my review of RMM technologies, as most of us continue to use conventional agar and liquid medium for the growth of micro – organisms. In the current article, I will significantly depart from growing microorganisms to the direct detection of microorganisms using viability-based technologies, which will include flow cytometry and solid phase cytometry. 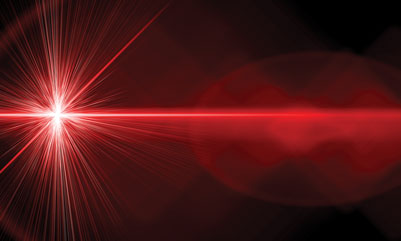 This is the second in a series of articles on rapid microbiological methods that will appear in European Pharmaceutical Review during 2011. In my last article, I provided an overview of growth-based rapid microbiological methods (RMMs). This was a good place to start my review of RMM technologies, as most of us continue to use conventional agar and liquid medium for the growth of micro – organisms. In the current article, I will significantly depart from growing microorganisms to the direct detection of microorganisms using viability-based technologies, which will include flow cytometry and solid phase cytometry.

We have come a long way in terms of the detection and quantification of microorganisms. Many in the industry are now using viabilitybased technologies which can differentiate living cells from dead cells, and can even target specific types of microorganisms using nucleic acid, enzymatic or monoclonal antibody probes. In many cases, direct labelling of individual cells with viability stains or fluorescent markers has been demonstrated with no requirement for cellular growth. And because microbial growth is not required, many organisms that would have a difficult time growing in or on conventional medium, such as spores, stressed and physically-injured cells, fastidious organisms, and viable, but non-culturable isolates, can now be easily and quickly detected and/or enumerated. Since viability labelling of microorganisms can occur within hours or even minutes, near real-time detection and quantitative results may be attained.

Flow cytometry represents one of the viabilitybased RMM technologies currently available. In flow cytometry, individual particles are counted as they pass through a laser beam in a very narrow flow cell. To be used in microbiological applications, organisms are pre-labelled with a viability marker or probe, and the labelled cells are injected into the flow cell. Individual cells pass single file through a focused laser beam, and are enumerated as the cells fluoresce and light scatter signals are detected. Usually, low levels of test sample volumes are utilised, such as 1 mL or less, because it takes time for the volume to pass through the narrow flow cell. The process of labelling and evaluating viable cells in these types of RMMs can be accomplished in as little as four minutes, and some systems operate automatically with little or no operator intervention or manipulations. Flow cytometry offers a relatively large range of detection operation (10-106 cells/mL) and has been demonstrated to enumerate bacteria, spirochetes, mycoplasmas, parasite cysts, yeasts and mould.

Although flow cytometry offers relatively fast and hands-off capabilities, there is one limitation: the limit of quantification (LOQ). Flow cytometry systems usually have a LOQ of approximately 10-50 cells; therefore, it may be difficult to qualify this technology for the detection of single cells, as would be required during sterility testing (i.e., an enrichment step would probably be required). However, flow cytometry also offers additional capabilities that other technologies do not possess. For example, flow cytometry can make use of fluorescent dyes and microbe-specific probes, such as antibodies, rRNA or peptide nucleic acid (PNA), making the simultaneous enumeration and detection of target organisms possible. Test methods applicable to the use of flow cytometry include bioburden testing of purified water, liquids and non-filterable material, such as creams and lotions. Other uses include the screening of raw materials, in-process samples and finished product for microbial contamination. In the latter application, samples can be enriched (i.e., incubated in conventional microbiological media), in order to encourage the growth of very low levels of microorganisms (e.g., less than 10 cells).

Another viability-based technology, called solidphase cytometry, uses a similar staining and laser excitation method as does flow cytometry; however, the microorganisms are first captured onto a solid surface and subsequently labelled with a viability stain, instead of labelling the cells first and then passing the labelled cells through a flow cell.

Test samples are initially passed through a 0.4 μm membrane filter, and then the membrane is exposed to a non-fluorescent substrate. Microorganisms that are retained on the filter will take up the substrate, and within the cytoplasm of metabolically active cells, the substrate is enzymatically cleaved by an esterase. This enzymatic cleavage results in the release of a fluorochrome, which can be excited when exposed to a laser of an appropriate wavelength. If the retained organisms have an intact cell membrane, the fluorescent label is concentrated within the cell and this signal is detected by the system as the membrane is scanned by the laser. Photomultiplier tubes detect emitted fluorescent light from the cells, and software algorithms and discrimination processes will determine if the fluorescent signals originate from labelled viable microorganisms or from an autofluorescent particle.

The use of this type of RMM allows for the evaluation of a large volume of filterable materials, with single cell detection as early as 90 minutes, making solid phase cytometry an excellent candidate for testing purified water and finished product for sterility. However, the advantage of single cell quantification in large volumes of test sample comes with one limitation; the samples must be filterable.

Test methods applicable to the use of solid phase cytometry include bioburden testing, environmental monitoring, sterility testing and the detection of bacterial contaminants in mammalian cell cultures. Solid phase cytometry can also use antibodies and nucleic acid probes to detect and quantify specific microorganisms within a few hours. For example, municipal water authorities have used this RMM to rapidly detect and quantify E. coli and Cryptosporidium in their test samples.

Because viability-based RMMs do not rely on microbial-growth, and we are not measuring colony forming units (cfu’s), it is possible that these technologies will detect and quantify a greater level of viable microorganisms as compared with conventional, growth-based methods. This may be due to the inherent limitations of growth-based methods in that microorganisms grow slowly, there can be variability in their response to culture methods, and current media and incubation conditions are not optimal for the resuscitation and growth of starved, stressed, injured or viable but nonculturable (VBNC) cells. In these instances, a correlation between the viability-based RMM counts and the conventional counts can be developed. With this new body of information, new acceptance or specification levels may be established when changing over from the existing method to the new RMM. This should not be a tremendous challenge to overcome, either from a scientific or regulatory perspective. For example, during the 2007 PDA 2nd Annual Global Conference on Pharmaceutical Microbiology, FDA’s Dr. Brenda Uratani stated the Agency expects that higher counts will be recovered when using new rapid microbial method technologies, especially if the new methods are more sensitive than conventional methods. She further explained that specifications which were based on less sensitive agar-based methods (such as those used for active air monitoring in aseptic environments) may be changed, as long as the change is supported by scientific studies. And in a 2006 American Pharmaceutical Review publication, FDA’s David Hussong and Robert Mello stated [many times] that new methods will rely on a completely different body of information, and that previous acceptance criteria may not be applicable. In this case, the implementation of newly developed, or more rapid, microbiology methods may also require the establishment of new acceptance criteria. Therefore, we should not be put off implementing viability-based RMMs, even though we may find that these systems can provide a higher cell count as compared with the less sensitive, 19th Century growthbased methods.

Viability-based rapid microbiological methods take us to the next level of detection and enumeration of microorganisms. Applications for these types of RMMs are fairly broad, ranging from raw material to in-process to finished product release testing. The end-user is only limited by their imagination and the compatibility of the test samples with the intended technology platform.

Join me in my next article, where we will explore the use of cellular component-based RMMs, including ATP bioluminescence, endotoxin analysis and MALDI TOF mass spectrometry.

Dr. Michael J. Miller is an internationally recognised microbiologist and subject matter expert in pharmaceutical microbiology and the design, validation and implementation of rapid microbiological methods. He is currently the President of Microbiology Consultants, LLC (http://microbiologyconsultants.com). In this role, he is responsible for providing scientific, quality, regulatory and business solutions for the pharmaceutical industry and suppliers of new microbiology technologies. For more than 22 years, Dr. Miller has held numerous R&D, manufacturing, quality, consulting and business development leadership roles at Johnson & Johnson, Eli Lilly and Company, Bausch & Lomb, and Pharmaceutical Systems, Inc.

Dr. Miller has authored over 100 technical publications and presentations in the areas of rapid microbiological methods, PAT, ophthalmics, disinfection and sterilisation, is the editor of PDA’s Encyclopedia of Rapid Microbiological Methods, and is the owner of http://rapidmicromethods.com, a website dedicated to the advancement of rapid methods. He currently serves on a number of PDA’s program and publication committees and advisory boards, is co-chairing the revision of PDA Technical Report #33: Evaluation, Validation and Implementation of New Microbiological Testing Methods, and routinely provides RMM training programs for the industry and professional organisations worldwide.

Dr. Miller holds a Ph.D. in Microbiology and Biochemistry from Georgia State University (GSU), a B.A. in Anthropology and Sociology from Hobart College, and is currently an adjunct professor at GSU. He was appointed the John Henry Hobart Fellow in Residence for Ethics and Social Justice, awarded PDA’s Distinguished Service Award and was named Microbiologist of the Year by the Institute of Validation Technology (IVT).

A 360 overview of data integrity in life sciences