Paying it forward in PhRMA 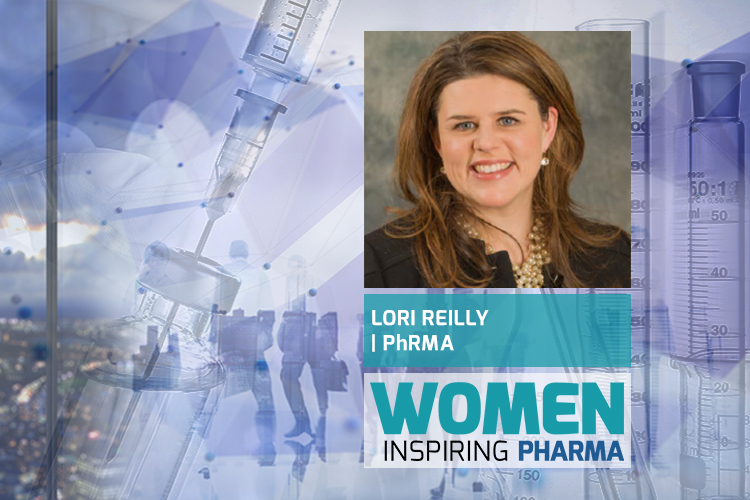 Tell me about your career? (A brief summary to date)

Following college and law school, I worked as an aide to a Member of the U.S. House of Representatives, focusing on health care and tax issues.  After two years, I became a Counsel for the Committee on Energy and Commerce, one of the Committees in the U.S. House of Representatives, again focusing on health care issues.  One of the primary investigations I worked on was Internet pharmacies, which sparked my interest in prescription drug issues.  After two years on the Committee, I left to join the Pharmaceutical Research and Manufacturers of America (PhRMA) as a Director of Public Policy.  I have spent the last 17 years at PhRMA and currently oversee the Policy, Research & Membership Department.

What does your current role entail?

In my current role, I lead PhRMA’s Policy, Research & Membership Department in the development and implementation of legislative, regulatory and political strategies to successfully navigate the ever-changing federal health care landscape, working to advance policies that encourage medical progress and patient access to pharmaceutical innovation. In my membership role, I lead PhRMA’s efforts to grow the depth and breadth of innovative pharmaceutical company membership and engagement.

Do you think being a woman in the Pharma industry is a challenge?

Are there any examples within your company in particular where women have been successful?

I was fortunate to have several female mentors early in my career at PhRMA.  My first supervisor at PhRMA was Ann-Marie Lynch.  Ann-Marie oversaw the Policy & Research Department at PhRMA after serving leadership roles in the U.S. Congress and the U.S. Department of Health and Human Services, among others.  She was passionate, smart, intuitive and respected deeply across the entire public policy community.  I owe much of my success to having worked for her early in my career.

The most important career choice is who you marry

What have you experienced as barriers to success on your career path, and what advice would you give to women who come up against these same barriers?

The biggest barrier, which is arguably not an easy one to address, is the reality that for many women much of our early-to-mid career years is spent having and raising children.  In my 17 years at PhRMA, I have given birth to my four children.  With each one, I was out of the office three to four months.  I have been fortunate that I work for an organisation that has a great maternity leave policy and I never felt that having children was an obstacle to my career advancement, but for many women in other organisations that is not the case.  I think one of the best pieces of advice to women that I have heard is something Sheryl Sandberg said which is, “The most important career choice is who you marry.”  Having a partner that respects your career and helps support you can make a big difference to managing family and work.

What can women do to prepare themselves to reach the C-suite in the pharmaceutical and healthcare industries?

Looking more broadly in the industry do you think there is a glass ceiling for women in pharma, and is it any worse than in other industries?

The health care sector, including the pharma industry, tends to be better for women compared to other sectors.  It is exciting that we now have a female CEO of a major pharmaceutical industry, Emma Walmsley, CEO at GSK and other women in leadership positions across the industry.

Currently, men outnumber women in science graduate degrees in the UK – how can we better address this imbalance to encourage more women into biology, chemistry, mathematics, and so on?

As a society, we need to do more to increase the number of girls entering STEM-related fields.  The U.S. Department of Education has found that girls that have a strong self-concept regarding their abilities in math or science are more likely to perform well in elective math or science courses and to select those majors and careers.  The department emphasised that improving girls’ beliefs could alter their choices and performance, particularly as they move out of grade school and into middle and high school.  Long story short, nurture plays the role in helping ensure girls have confidence in STEM-related subjects.  Finding positive role models for girls is important too.  I chose a female paediatrician as an early role model for my three daughters – having girls see women in STEM industries is important.  Last, industries like pharma can play an important role in helping increase the number of women going into STEM fields.  Our sector provides a broad range of STEM education, primarily at the K-12 level, some of which is geared specifically to girls.

How could the Pharma industry benefit if more women were in higher roles?