Determination of glucosamine in food supplements by HILIC-ESI-MS 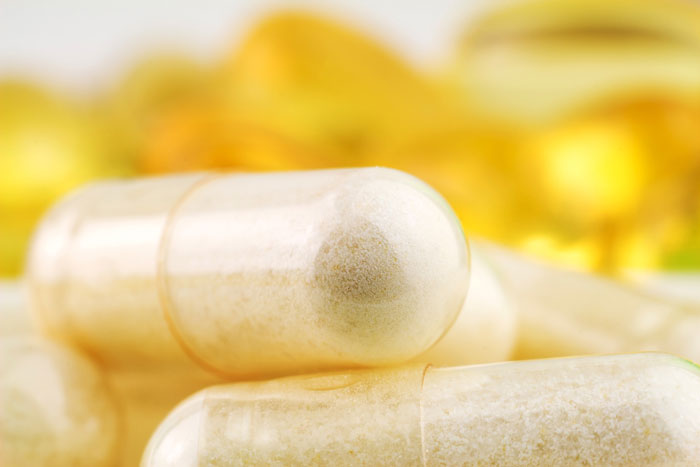 Glucosamine(2-amino-2-deoxy-dglucose), deriving from the natural amino monosaccharide, is an essential component of glycosaminoglycans in the articular cartilage and synovial fluid.1 Numerous clinical trials and in vitro studies have demonstrated that exogenous administration of glucosamine can relieve osteoarthritis (OA) symptoms and restore articular functions by stimulating the synthesis of proteoglycans and protecting articular cartilage. It also has considerable anti-inflammatory and antioxidative effects.2-4 In addition, it is reported that glucosamine has no major adverse effects and can be tolerated well by humans because of its natural occurrence in the body.5,6

Therefore, glucosamine is recommended for the management of OA by several guidelines from international societies and agencies like the Osteoarthritis Research Society International (OARSI), which suggests glucosamine as a symptom-relieving and structure-modifying agent for OA.7 The European Society for Clinical and Economic Aspects of Osteoporosis and Osteoarthritis (ESCEO) recommended glucosamine sulfate as the first-line pharmacological treatment for slow-onset medium to long-term control of symptoms.8 The European League Against Rheumatism (EULAR) guidelines specified glucosamine as, “highest level of evidence and strength of recommendation” for the treatment of knee OA.9 The United States Food and Drug Administration (FDA) considers glucosamine as a dietary supplement and states that there is no sufficient evidence for any medicinal effects.10

The main challenges in analysing glucosamine are the lack of UV absorption chromophore and its high polarity.12 Glucosamine is usually analysed by reverse-phase high-performance liquid chromatography with ultraviolet detection (RP-HPLC-UV), which is by far the most widely applied for routine analysis.13 HPLC coupled to other detection techniques like electrochemical detection (ECD),14 refractive index detection (RI)15 and evaporative light scattering detection (ELSD)16 have also been reported, to bypass poor UV absorption. To overcome short retention issues, HPLC-UV with pre-column derivatisation was developed for the analysis of glucosamine to enforce detectability and achieve sufficient retention on reverse phase columns.17-19 Yet again, derivatisation can be a time-consuming procedure for sample preparation and HPLC methods with mass spectrometry (MS) or tandem mass spectrometry (MS/MS) for direct analysis of glucosamine from plasma have been achieved with normal phase columns, like amino20 and cyano columns,21 which obtained both shorter analytical time and sensitivity of glucosamine.

Hydrophilic interaction liquid chromatography (HILIC) applies a hydrophilic stationary phase and aqueous-organic mobile phase and has proven to be an ideal tool for the analysis of polar compounds that are poorly retained on reversed phase columns22,23 and it is highly compatible with LC-MS.24,25 HILIC-ESI-MS has already been used to study carbohydrates,26,27 and applied to determine glucosamine in different matrices such as tobacco,28 fungal biomass29 and dog plasma.12

Here we develop an UPLC-QToF-MS method with a ZIC-HILIC column for the determination of glucosamine in nine representative dietary supplements from different brands and manufacturers. Table 1 shows the label information for each type of supplement.

Table 2: Calculated and measured molecular weights of glucosamine and its fragment ions

Flow injection analysis (FIA) experiments using a standard solution of glucosamine at a concentration of 25μg/mL were used to optimise the MS parameters. The protonated molecular ion peak [M+H]+ was selected as the quantitative ion and monitored at m/z: 180.0875. The electrospray ionisation source in positive mode was set with collision energy (CE) of 4eV and the capillary and cone voltages were set at 3.2kV and 45V respectively. Mass fragmentation pattern and characteristic fragment ions of glucosamine were consistent with the findings reported in previous literature.29 The calculated molecular weight and measured molecular weight of glucosamine and its fragment ions are shown in Table 2. The errors against the theoretical value were below 5ppm, indicating optimum accuracy for the Q-TOF mass detector.

The linearity was evaluated by analysing six standard solutions in the range of 12.5-400μg/mL. Each standard was analysed in triplicate. The linear regression analysis for glucosamine hydrochloride was constructed by plotting the peak area against concentration. The linear regression equation for calibration curve was Y=19.12X+338.15 with correlation coefﬁcient r2 = 0.9969, indicating good linearity. Limit of detection (LOD) and limit of quantitation (LOQ) were measured as the concentrations corresponding to the signal-to-noise ratio of 3:1 and 10:1, respectively. The LOD and LOQ values for glucosamine were found to be 0.25 and 1.0μg/mL, respectively.

Table 3: Precision of the method for determination of glucosamine in dietary supplements

The recovery test was carried out to further investigate the accuracy of the method by spiking glucosamine hydrochloride standard solution at 75, 100 and 125% of the expected concentrations to the known amount of commercial product sample (No.1). The samples were prepared in triplicates at each level. The recovery results presented in Table 4 demonstrate both good reproducibility and accuracy. The average recoveries were in the range of 98.85-101.36% and the RSD was ≤3.0%, which proved the reliability of this method. 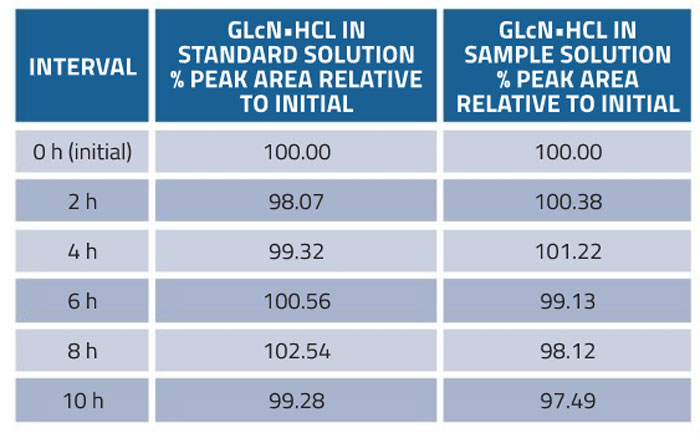 Table 5: Stability of the method for determination of glucosamine in dietary supplements

Determination of glucosamine in dietary supplements

In order to evaluate the quality of glucosamine supplements, the developed HILIC-ESI-MS method was applied for the determination of glucosamine in nine samples of marketed dietary supplements (No.1-No.9). As can be seen from Table 6, the amounts of glucosamine in commercial supplements were 125.47-1,190.61mg/tablet or mg/capsule, and the results showed good reproducibility with RSD values of less than 3%. The ratio of detected glucosamine contents to labelled amount ranged from 70.95 to 102.18%. Three out of nine products were found to contain less than 10% of the amount of glucosamine claimed on the label. Two products contained less than 20% of the stated amount (70.95% and 73.81% for No.3 and No.4, respectively). Most of the products (six out of nine) met the label claim, which satisfied the industry-accepted 10% deviation from the stated amount (USP 36).

HPLC analysis of glucosamine in dietary supplements is performed with an amino column in USP 36, while an ion-pair reversed-phase HPLC method is applied by the British Pharmacopoeia (BP) 2015. Since glucosamine has no UV absorption except in the region of very short wavelength (end absorption), both official methods are carried out at the detection wavelength of 195nm and this can result in high noise in the baseline, which can, in turn, affect sensitivity. The AOAC International has established an official method for determination of glucosamine in dietary supplements by HPLC with FMOC-Su derivatisation,32 but the implementation of this method can be time-consuming and increase the cost of analysis.

This work aimed at assessing glucosamine by hydrophilic interaction liquid chromatography coupled to electron spray ionisation mass spectrometry for the quality control of glucosamine products. The method used a ZIC-HILIC column coupled to mass spectrometry in the positive mode and applied for the determination of glucosamine content commercially available capsules or tablets of glucosamine. HILIC was the column of choice due to previous reports where C18 or C8 columns were employed and the authors reported that glucosamine and the salt ions, such as chloride or sulphate, in food supplements could not be separated – their peaks almost completely overlapped in chromatograms (Zheng, Li, Wang and Wang, 2008).

According to the USP, glucosamine supplements should contain 90-110% of the label claim. The results of this investigation demonstrated that 33% of products failed to meet the acceptance criteria of the USP (less than 10% of the stated amount). One explanation for the variability in glucosamine levels is that manufacturers do not need to undergo a strict quality control process like those followed by drugs. Based on the discussion above, there is an urgent need for manufacturers of glucosamine supplements to improve quality control methods.

In this work, a simple, sensitive and reliable HILIC-ESI-MS method for the direct quantitative determination of glucosamine in commercial food supplements without the need for pre-analytical derivatisation has been developed. It was validated with high accuracy and precision. This approach is an alternative to the previous methods in terms of quality control of glucosamine food supplements.

DR CRISTINA LEGIDO-QUIGLEY –  is an Associate Professor and Senior Lecturer in the IPS, Kings College London and works in the chemistry and medicine interface. She is an expert in analytical methodology and particularly in metabolomics/ lipidomics. To date she has taught analytical chemistry to 2,500+ students.

LIN ZHENG is a Professor at Guizhou Medical University of China and worked as an academic visitor at Dr Cristina Legido-Quigley’s group at King’s College London in 2016. Lin focuses on pharmaceutical analysis and quality control for Chinese herbal medicines and is in charge of two projects for the National Natural Science Foundation of China.

PEI HAN is a current PhD student in analytical chemistry at King’s College London, under the supervision of Dr Cristina Legido-Quigley. She studied traditional Chinese medicine for her first degree and now focuses on the application of metabolomics in Chinese herbal medicine research.

MIN KIM is a final year PhD student at King’s College London. His research/ PhD is on the identification of Alzheimer’s disease biomarkers using metabolomics. To date, he has analysed over 1,500 human blood samples using LC-MS, which has resulted in six publications of which he is the first co-author of two. 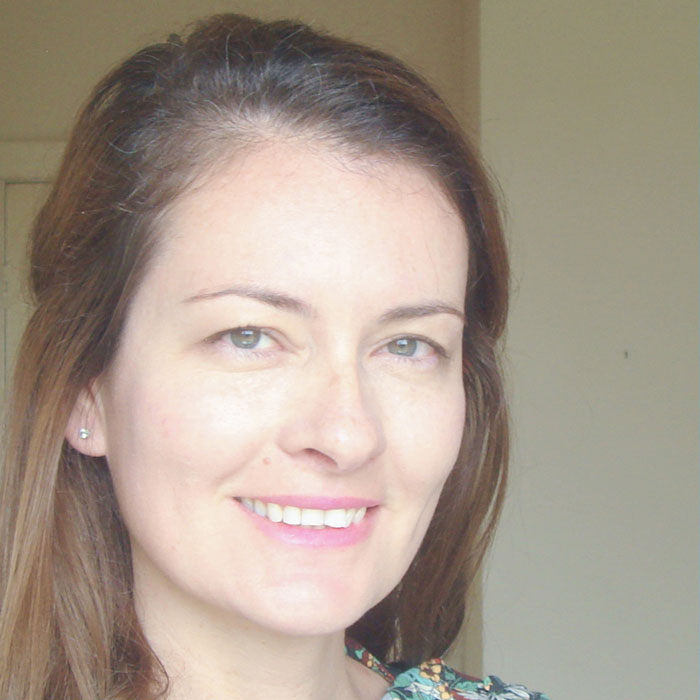