These products are rarely efficacious and can lead to disastrous health consequences, including failed treatment, disability, and even death. Consequently, falsified medicines may negatively impact public confidence in health care systems, health care professionals and the pharmaceutical industry. The EU took steps to address these concerns through the introduction of the EU Falsified Medicines Directive (2011/62/EU) (FMD), adopted in 2011, setting out new measures to ensure that medicinal products in the EU are safe and that medicinal trading is properly controlled. ‘Falsified’ and ‘counterfeit’ medicinal products are closely related terms, which are commonly used interchangeably. In the FMD, the term ‘falsified’ refers to any medicinal product with a false representation of its identity (including its composition, packaging, and labelling), source or history. Counterfeit medicines, on the other hand, are those that do not comply with intellectual-property rights or that infringe trademark law.

Scale of the problem

The extent of counterfeiting / falsification is impossible to quantify. The Pharmaceutical Research and Manufacturers of America (PhRMA) states that it is greater in those regions where ineffective regulatory systems and market control exists.5 The World Health Organisation (WHO) estimated that the prevalence of falsified drugs ranges from less than 1% of sales in developed countries, to over 10% in developing countries. In some regions, more than 30% of medicines on sale are falsified. Across the EU alone, it causes the loss of 4.4% of legitimate sales, the loss of €10.2bn in revenue for the pharmaceutical industry, and the loss of €1.7bn in government revenue.

Various analytical techniques are used throughout the industry for the screening of falsified medicines, including Fourier‑transform infrared spectroscopy (FT-IR), near-infrared spectroscopy (NIRS), Raman spectroscopy, and liquid chromatography-mass spectrometry (LC‑MS).5 In the case of falsified drugs that are chemically very similar to the genuine product, authenticity may be determined by differences in the distribution of ingredients within the product using near‑infrared microscopy.

NIRS and Raman are often used as complementary techniques. Chromatographic techniques often require extensive sample preparation, have slow analysis times, and require extensive technical knowledge. NIRS, in comparison, is non-destructive, portable, rapid, and samples can be analysed through plastic bags and glass containers. Additionally, workflow-based approaches can be implemented to enable users of any background to perform the analysis. If a product is deemed falsified based on the initial screen using NIRS, it can then be subjected to further testing using a confirmatory method such as LC-MS.

When combined with a chemometric algorithm, known as Soft Independent Modelling of Class Analogies (SIMCA), NIRS can be used to verify the identity of a material and detect falsified or suspect materials. SIMCA models the variation found within a collection of reference spectra for a given material.

An example screening application using NIRS is the detection of counterfeit statins. Statins are a class of drug used to lower cholesterol in patients. Approved in 1996 under the brand name Lipitor®, atorvastatin was the most sold prescription drug in the U.S. from 2007 to 2011, with revenue generation of $12.9bn in 2011. In late 2011, the expiration of the patent held by Pfizer allowed generic versions of the drug to emerge. Falsification/counterfeiting can apply to both branded and generic drugs and NIRS with chemometrics can provide a rapid and simple approach for their detection.

The Medicines and Healthcare products Regulatory Agency (MHRA) is inviting views on the proposed steps that the government intends to take to ensure the UK meets its obligations to transpose the provisions of the FMD requiring safety features to appear on the packaging of certain medicinal products. 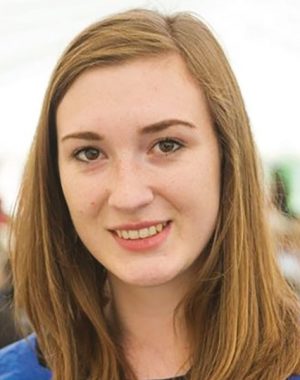