Brexit – will all the medicines get to the patients?

Two years after the UK narrowly voted to exit the EU it remains unclear as to what this may involve. In July 2016, Theresa May stated that “Brexit means Brexit.” But what exactly did that mean? 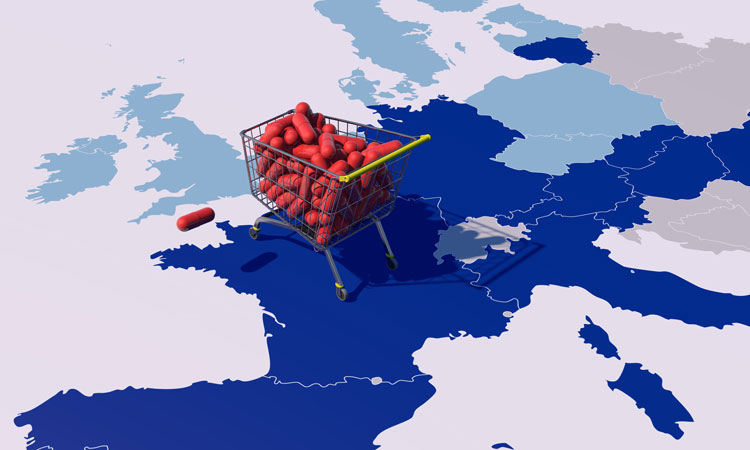 It means that the UK is leaving the EU, but it does not explain the UK’s future relationship with the trading bloc. Options abound, such as Hard Brexit, soft Brexit, the hardest-of-hard Brexit, regulatory alignment, and crash-out-without-a-deal Brexit. But with no sign of surety in sight, businesses remain uncertain whether to stick or twist – spend lots of money or wait to see what happens?

The UK Government’s Chequers Plan and White Paper in July were widely praised by the pharma industry, which viewed it as a big step forward in maintaining regulatory alignment with the EU and, notably, a unilateral statement of intent to work with and accept the rules of the European Medicines Agency (EMA). The offer also included a desire to contribute towards the EMA’s costs, and mutual recognition of qualified persons (QP) and qualified persons for pharmacovigilance (QPPV) in each territory, as well as the regulatory experts at the Medicines and Healthcare products Regulatory Agency (MHRA).

Soon after, however, two leading government ministers resigned; another minister put the chances of ‘No Deal’ as greater than 50/50; and the governor of the Bank of England said this was “uncomfortably high”.

The UK government issued 25 notices of its No Deal Brexit planning, focusing heavily on pharma and life sciences. In that scenario, the UK would continue to accept batch testing of medicines carried out in European Economic Area (EEA) countries and those with whom the EU has a mutual recognition agreement. The UK would also continue to recognise qualified person certification and release of human medicines carried out in the EU, without the need for re-testing in the UK. Centrally authorised medicines in the EU would have marketing authorisations (MAs) converted into UK MAs. The government intended this to be pragmatic, to ensure stability.

Other uncertainties would remain. For example, the UK would no longer be part of the EU’s centralised, mutual recognition and decentralised procedures. Procedures not having reached the decision phase by 29 March 2019 (Brexit Date) would not be valid in the UK – so any applications would also need to be submitted to the MHRA. For generic MAs, the MHRA would not have access to data provided to support EU approved products, so new generic applications would need to be based on reference products that had been authorised in the UK. The MHRA would require a QPPV to be established in the UK in the event of a safety issue.

Aside from uncertainties and extra red tape on the UK side, what of the EU’s approach in the event of a No Deal? It appears to be less co-operative. They would see the UK as a “third country”, and not recognise the UK’s processes and regulations. Pharma businesses would be unable to rely on UK MAs to sell into the EU after the Brexit Date. To sell into the EU, businesses would need to do test and release in the EU.

However, both sides insist they want a deal, so any amount of No Deal planning may come to nothing, depending on the sort of deal that is agreed – if there is one.

There has been a lot of silence around the Falsified Medicines Directive (FMD), with the 9th February 2019 implementation date coming under two months before Brexit Date. If the sort of Brexit we end up with means that FMD does not continue past Brexit Date, why should UK businesses across the pharma supply chain spend thousands of pounds getting ready for a system that is not needed for long? But if there is regulatory alignment, businesses would need to spend that money and would be breaching the law if they do not comply.

GSK has decided to prepare. It claims its Brexit-related costs will be £70 million in the next three years, with ongoing costs of £50 million a year. This is due to re-testing medicines, transferring UK MAs to the EU, and changing manufacturing licences.

Many smaller pharma businesses tell us they will not spend time and money on extensive Brexit planning, when it might be in vain if a deal is done.

At the PING (Pharmaceutical Industry Network Group) Conference on Brexit in June, Dr Peter Gough, Executive Director at NSF Pharma Biotech, informed people what they could do and mentioned, “The time to act is now, sitting on the fence is no longer an option.” One area where this uncertainty will be felt is in shortages and stockpiling. Dr Gough added that shortages could arise if extra administration or customs procedures are introduced. He emphasised the importance of other factors, such as the EMA’s relocation to Amsterdam, the role of the MHRA, centralised MAs and safety features around data. He warned: “If we are to avoid issues with the supply of medicines we need sensible, pragmatic decisions from both UK and EU politicians …”.

Amid all the uncertainty, UK pharma businesses can optimistically hope for the best, but must plan for all scenarios.

Sanofi has been stockpiling insulin in the UK in case of a no-deal Brexit. It has increased its stocks of medicines to 14 weeks’ supply, from 10 weeks. It is making arrangements for additional warehouse capacity in which to stockpile products and ensure patient safety.

MHRA Chair, Sir Mike Rawlins, highlighted that this issue has received attention at the highest level. He said: “We make no insulin in the UK. We import every drop of it. You can’t transport insulin around ordinarily because it must be temperature-controlled. And there are 3.5 million people [with diabetes, some of whom] rely on insulin, not least the prime minister.”

AstraZeneca is also increasing its medicine inventory in the UK from three months’ supply to four. It says it is doing all it can to ensure patients have their medicines, but called for everyone to negotiate a solution.

Meanwhile, Matt Hancock, the new Health Secretary, has confirmed that the Department of Health and Social Care was investigating options for stockpiling to prepare for a no-deal Brexit, and is discussing the position with industry.

But what is actually happening? NHS Providers has warned of a lack of “contingency planning” to deal with the impact of a no-deal Brexit and leaving the EU without agreement would immediately present a real risk to services. Chris Hopson, Chief Executive of NHS Providers, said that unless there was national planning and coordination, there could be both stockpiles and shortages of medicines and medical devices.

Unless there is stockpiling, there could be a severe lack of medicines to patients. But who should be carrying out the stockpiling and who should pay for it? This is currently unclear.

After a period of uncertainty, community pharmacists appear to be escaping the brunt of a necessity to stock up in advance. Mr Hancock told pharmacists and GPs not to stockpile and instead wrote to healthcare providers, saying the UK Government would look at plans to ensure the UK had an additional six weeks’ supply of medicines in case imports from the EU through certain routes are affected. He has said the government was asking suppliers to provide specific information on their own stockpiling programmes, to gauge how prepared industry is before deciding the next steps.

The issues of getting medicines to patients post-Brexit affect the EU as well as the UK. 45 million packs of medicine are exported to the EU from the UK each month, with 37 million packs going the other way. Martin Sawer, the Executive Director of the Healthcare Distribution Association, claims the EU is also exposed to shortages of medicines.

It has to be everyone’s hope that a sensible outcome is reached with a deal between the UK Government and the European Commission that ultimately benefits patients and players within the pharma supply chain. It makes sense for the EMA and MHRA to continue to work together and rely on each other’s expertise and regulation, with each player putting patients first with continued ease of access to medicines.

The UK Government proffered a sensible deal with associate membership of the EMA and mutual recognition, in the hope that the EU would take up the offer. However, things are up in the air with the EU’s apparent rejection of the Chequers plan without a counter-offer.

If either side plays politics, it will ultimately be patients who suffer – particularly if insufficient planning is done.

Time is getting increasingly short. Even if a deal is struck in principle, there would only be certainty when the UK Parliament and European Council and EU Parliament approve it.

The whole pharma supply chain needs clarity, as a matter of urgency, regarding what they should do, in order to start preparing accordingly. Politicians need to focus on expediting their efforts to forge a sensible deal, and provide sensibly for what happens in case there is not one.

Everyone’s first priority must be to protect patients.

PAUL GERSHLICK is a Partner in our Commercial team specialising in commercial, intellectual property, IT and online advice for business clients. Paul is also Head of our Pharmaceuticals & Life Sciences sector and has a particular interest in the application of technology. Paul runs the thriving networking group, PING (the Pharmaceutical Industry Network Group). In 2013, Paul received an honorary Master’s degree from the University of Hertfordshire for his “contribution to the development of commercial law in the Pharmaceutical and Life Sciences industry”. Paul’s team was voted ‘Pharmaceutical Law Firm of the Year in England 2016’ by Global Legal Experts.