The Nagoya Protocol: sharing the benefits of pharmaceutical products and protecting biodiversity

Researchers use the Earth’s biodiversity for pharmaceuticals, but this is under threat due to climate change and habitat destruction. The Nagoya Protocol aims to conserve these resources in a sustainable way.

Biodiversity has long provided benefits to human health and society. Our predecessors learnt to recognise plants, animals, fungi and other organisms that can benefit human health, as well as those that cause harm; primarily through trial and error. Today, traditional medicines have been replaced with pharmaceuticals in many parts of the world, wherein natural products have been extracted and manufactured into drugs, creams and vaccines to treat all manner of conditions.1

Despite a shift to combinatorial chemistry in the late 20th and early 21st century, biodiversity remains a vast, largely unexplored, resource of natural products of potential value.2 Researchers around the world continue to search the planet’s biodiversity for pharmaceutical and cosmetic potential; including pursuits for solutions to some of society’s most pressing issues, such as antimicrobial resistance.

Biodiversity hotspots, especially those in the tropics, are some of the environments at greatest risk of adverse impact from humans

A key factor in the shift to combinatorial chemistry was the time and cost involved in bioprospecting novel compounds.2 Over time, the number of novel compounds discovered through bioprospecting began to plateau and the same compounds were re-discovered time and again in multiple phyla, making bioprospecting undesirable for the effort required. Today, the chance of finding a new natural product of potential value from random plant screening is approximately 1 in 10,000.2 If bioprospecting for natural products were to continue, as it does today, it would require a more focused approach, such as utilising the traditional knowledge of indigenous communities. Research has shown that where traditional knowledge is utilised, the chance of success in finding novel plant compounds increases to approximately 1 in 100.2

Unfortunately, our planet’s biodiversity is under threat from human induced habitat degradation and climate change. Biodiversity hotspots, especially those in the tropics, are some of the environments at greatest risk of adverse impact from humans.2-5 We risk losing these natural resources before their potential has even been discovered. 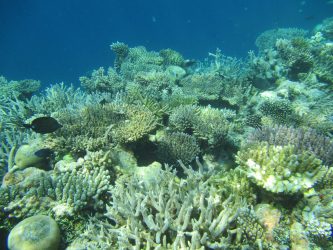 Here, genetic resources are defined as plants, animals, microbes or other origin (but not human) of potential or actual value and utilisation is defined as research and development.6 The Nagoya Protocol aims to provide more predictable conditions for access to genetic resources and associated traditional knowledge, help to ensure the sharing of benefits arising from their utilisation and promote initiatives to conserve biodiversity. One hundred and seventeen countries are party to the Nagoya Protocol at the time of writing (August 2019), with more countries ratifying every year.

In the pharmaceutical industry, there may be a supply chain from original collection, research, ingredient production and product development through to commercialisation. While ABS obligations in the EU apply to the stage of research and development, there may be terms of use and benefit-sharing agreements that were negotiated with the provider country at the time of access that are relevant throughout this supply chain. It is therefore important that users transfer any ABS documentation associated with a genetic resource and/or traditional knowledge along the supply chain, so that subsequent users are aware of the terms under which the genetic resource was accessed. Any intended changes of use must be re-negotiated with the provider country.

Details of ABS legislation in different countries can be found on the ABS Clearing House,8 which also lists the key in-country contact points. Contacting the National Focal Point (NFP) is typically recommended to ensure users have the most up-to-date information.

The Departments for Environment, Food and Rural Affairs (DEFRA) and Business Energy and Industrial Strategy (BEIS) are responsible for implementing the Nagoya Protocol in the UK. The Office for Product Safety and Standards (OPSS), part of BEIS, acts as the Competent National Authority (CNA) and works directly with business, research organisations and other institutions to support understanding and compliance.

Dr Rob Yarlett is a Senior Enforcement Officer at the Office for Product Safety and Standards (OPSS), part of the UK Government’s Department for Business, Energy and Industrial Strategy (BEIS) and the UK’s competent authority for ABS. Rob is a marine scientist and holds a PhD in Marine Ecology from the University of Exeter.