Cannabinoids in pharma series: the challenges of working with cannabinoids

This series investigates cannabinoids and pharmaceutical interest with industry experts explaining the position of the ingredient. In this second piece, we discuss the challenges, legal implications and perceptions of cannabinoids.

Although a promising industry, getting cannabinoids from research to market can be problematic. Challenges range from investment to legal obstacles and public perception surrounding cannabinoids. Our first piece investigated cannabinoids on the market today and here we expand on the complexities of this side of pharma.

There are a range of complexities to consider when developing cannabinoids in the pharmaceutical field. The industry experts explain that a significant difficulty to overcome is a lack of information.

the FDA and EMA are harmonising more and more, suggesting that regulations are becoming increasingly standardised across the world”

Wasyl says that many pharmaceutical companies who may invest in the industry still need more data, as it is difficult to raise the capital needed as a pharmaceutical company to move forward with acquiring the clinical data required for the US Food and Drug Administration (FDA) to approve a product.

He suggests that a lack of knowledge in the industry is also a large problem, as the pharmaceutical field tends to yield larger returns than the medical marijuana market, over a five- to seven-year period. This can be a complication when it comes to investors who do not have a pharmaceutical or biotech background and expect fast investment returns.

Data is often needed from a Phase I trial or at the very least pre-clinical trials, explains Wasyl. This is key in attracting pharmaceutical venture capital (VC) and private equity funds to finance Phase II and further clinical trials. He suggests this can be a major challenge for an early-stage company due to a lack of investment.

Dr Chamberland comments that one of the largest difficulties is a dearth of evidence. He says that until randomised, double-blind, clinical trials have been completed, it is difficult to prove the efficacy and safety of cannabinoids, which drives away investors. 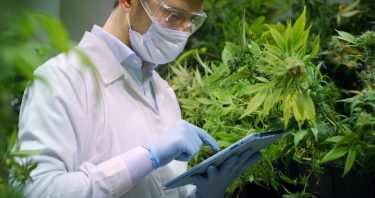 Kievid explains that the differences between the active ingredients in cannabinoids can pose a legal challenge. Controlled substances like tetrahydrocannabinol (THC) must come from a certified grower that is licensed by the authorities to provide developers with the raw material.

He says that being based in the Netherlands is beneficial as there is a certified supplier, but this might not be the case if an operation is in other countries. “Cannabis in general, even medical cannabis, is not legalised in most countries in the world.”

Kievid also observes that even when on the market, a proper license is needed to handle the active substances, right up to the level of dispensing to pharmacies. Therefore, there are challenges from research to manufacture, right up to supplying patients with cannabinoids.

The legal obstacles and implications can be difficult to work with. Wasyl says that even within the EU, laws change from country to country, so a thorough knowledge of regulation is essential.

He comments that the EU is different from the US. “In the US, we have to use the Drug Enforcement Agency (DEA) Form 222 process, with Schedule 1 license partners. These aren’t really obstacles, they are just nuances that you have to understand in order to move forward.” Although there are certain hindrances to marketing cannabinoids in the pharmaceutical industry, these are in place to ensure the safety and quality of the products.

Dr Chamberland explains that cannabis and cannabinoids being regulated as controlled substances hinders research from university professors. It imposes a long process to get the products into trials which ultimately reduces the desire to research cannabinoids. 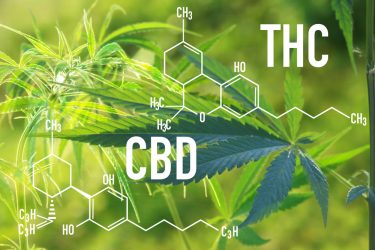 Clinical trials involving THC must be tightly regulated. Dr Chamberland says that one way to ensure patient wellness while adhering to the regulations is to send trial nurses to the home instead of patients coming to the clinics. However, another issue when undertaking trials is that patients cannot complete their usual daily tasks such as driving, as they risk being detained by law enforcement. This means that those taking part are restricted due to the psychoactive nature of some cannabinoids.

Kievid comments that when developing a medicine, as well as for cannabinoids, the FDA and European Medicines Agency (EMA) are harmonising more and more, suggesting that regulations are becoming increasingly standardised across the world. He explains that in the US, cannabidiol (CBD) is already approved and is expected to be approved later this year in the EU.

There is still some public perception and aversion to cannabinoids, which can impact upon uptake and investment, argue the industry experts.

Wasyl comments that the aversion is dying, but it’s still there: “That’s why we don’t refer to anything we’re doing as marijuana.” The language surrounding cannabinoids has an impact upon the image of the products, meaning companies are avoiding certain words. Wasyl says that a way to combat this is to refer to what they are doing in the context of looking at cannabinoids as active pharmaceutical ingredients (APIs).

“I think that you can start to remove the stigma by starting to reinforce the message that cannabinoids are molecules regardless of their source and they have therapeutic potential,” he says.

Dr Chamberland also has this viewpoint, commenting that many consumers had an “idea or impression that people only consumed cannabis to get high and that there is no medical benefit.” However, he explains that when cannabis became legal in Canada in October of 2018, everything changed. “We’re now having to refuse university sites for Phase III because everybody wants to be part of these trials.” Once cannabis legalisation was rolled out in Canada, public and academic perception shifted dramatically. This allowed cannabis to become more accepted and popular, which Dr Chamberland suggests highlights the importance of legislation for public understanding.

The language surrounding cannabinoids has an impact upon the image of the products, meaning companies are avoiding certain words”

Kievid agrees, saying poor perception is “a spill-over effect” from recreational use. Indeed, the historic view of cannabinoids has resulted in its poor reputation, but Kievid argues awareness is changing due to high medical need.

When patients have symptom relief or feel better when using cannabis preparations, it encourages further research and development, he argues.

There are clearly many ways in which cannabinoids present problems and challenges to the pharmaceutical industry. However, these can be navigated in order to improve their situation. In our next and final instalment, we discuss the future of cannabinoids and new developments in the pipeline.