A new drug delivery technology has been developed using nanotubes which can efficiently and precisely target lung cancer cells. 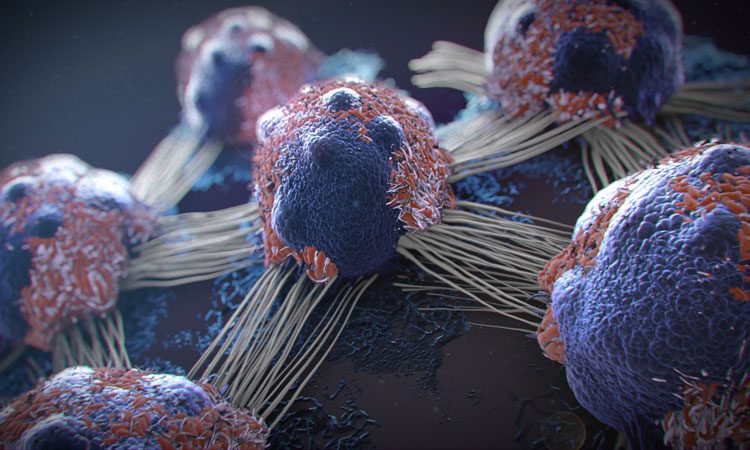 Using tiny tubes made from organic molecules called peptoids, a precise and non-toxic treatment has been developed that targets lung cancer cells at the nanoscale and is able to effectively kill the cells even at a low dose.

The research was led by Yuehe Lin, a professor at Washington State University, and Chun-Long Chen, a senior research scientist at Pacific Northwest National Laboratory and a joint faculty fellow at the University of Washington, all US.

The biologically-inspired nanotubes, which are about a hundred thousand times thinner than a human hair, were rolled up from membrane-like nanosheets. The drug molecules, fluorescent dyes and cancer-targeting molecules were precisely placed within the nanotubes, enabling them to track the efficiency of drug delivery into the cancer cells.

The new technology allows two drugs – one for chemotherapy and the other for a less-invasive photodynamic therapy treatment – to be delivered directly to the cancer cells. The dual-drug approach enabled the use of a lower dose of the cancer drugs than using a single drug, leading to effective killing the cells with low toxicity.

“By precisely engineering these nanotubes with fluorescent dyes and cancer-targeting molecules, scientists can clearly locate tumour cells and track how the drug regimen is performing,” said Lin. “We can also track how nanotubes enter and deliver the drugs inside the cancer cell.”

“By using these peptoids, we were able to develop highly programmable nanotubes and a biocompatible delivery mechanism,” said Chen. “We also harnessed the high stability of peptoid and its well-controlled packing to develop nanotubes that are highly stable.”

“Due to their unique structure, these nanotubes can be easily assembled for use in cancer therapy and stay in the body longer for treatment,” added Lin.

The study was published journal Small.