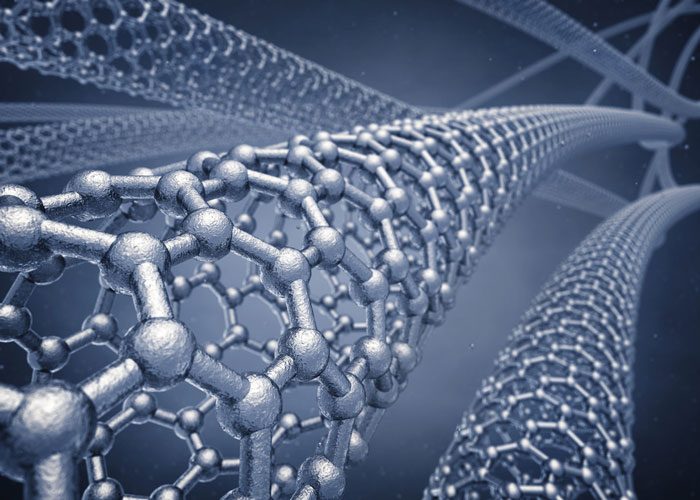 A study has provided strong evidence that certain carbon nanotubes (CNT) used in manufacturing could pose the same cancer risk as asbestos.

As well as highlighting potential risks to those exposed to carbon nanotubes, their findings, have also given new insights into how the disease develops. This is important because of mesothelioma, for which there is currently no cure, often remains undiagnosed for decades. Knowing more about its very early stages could one day lead to earlier diagnosis and more effective therapies.

The researchers at the Medical Research Council Toxicology Unit studied the changes these caused in the cells lining this space over a number of months. The mesothelioma which developed in the mice after asbestos or CNT exposure was similar to mesothelioma samples from patients exposed to asbestos.

They found that, like asbestos fibres, long nanotubes caused long-term inflammation in the pleural space. Over time, this inflammation led to inactivation and loss of the specific genes that suppress the formation of tumours which, in people with mesothelioma, are also found to be altered.

In humans, if mesothelioma does develop after exposure to asbestos, it can take an extremely long time, up to 40 years, and people are often unaware they have been exposed. This makes it very difficult to obtain lung tissue to study exposure-related changes. Mice are a good experimental model because they have an average lifespan of two to three years and develop the disease within 2 years, allowing disease progression to be monitored from the start of exposure.

“Unlike previously reported short-term studies, this is the first time the mesothelioma-causing effects of long and thin carbon nanotubes have been monitored in mice over many months,” said the study’s senior author, Professor Marion MacFarlane from the MRC Toxicology Unit. “Because it is diagnosed in humans when it’s quite advanced, we don’t know much about how or why it forms. This research could help us define key indicators for early detection as well as provide information for developing targeted therapies for this devastating disease.”

Importantly, the new study found that it was only CNTs which were long, thin and bio-persistent which posed a hazard.

“Long, thin nanotubes have a very similar structure to asbestos,” said Professor Anne Willis, director of the MRC Toxicology Unit and the study’s co-author. “The immune system does a good job of recognising shorter, thicker or tangled up nanotubes. Special cells break down these types of fibre and clear them out of the body, so not all nanofibres pose a hazard.

“We want our research to inform manufacturers and regulators about safer options and contribute to a ‘Safe by Design’ approach when a nanofibre is being selected for the production of nanomaterials for emerging technologies.”

Dr Nathan Richardson, Head of Molecular and Cellular Medicine at the MRC, which funded the research, said “Asbestos-related mesothelioma diagnoses have risen significantly since the 1990s, but are projected to fall steadily in the UK over the next couple of decades – thanks to greater awareness of the dangers, banning much of its use and improved health and safety measures where people can become exposed. As products using CNTs become more popular, we need to make sure that safety regulators are informed about any possible dangers.

“This is an important study in mice, and we now need to better understand real-world exposures to CNT in humans and whether we see any similar molecular changes that might lead to disease. These studies will also help inform human studies on asbestos exposure and disease and perhaps develop earlier diagnostics and effective treatments.”

Previous studies have looked at the effect of introducing the fibres directly into the abdominal cavity of mice. In this new study, the researchers placed either long carbon nanotubes or asbestos fibres directly into the pleural space, which separates the lungs and chest wall, where mesothelioma usually develops in humans. This far more closely mimics occupational exposure where free fibres might be inhaled during the manufacturing process. (There is no evidence of risk from finished products which incorporate CNTs.

The study has been published in Current Biology.