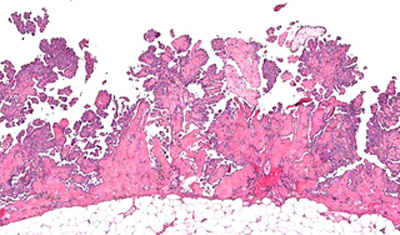 Immunotherapy with a live bacterium combined with chemotherapy demonstrated more than 90% disease control and 59% response rate in patients with malignant pleural mesothelioma (MPM), according to the results of a Phase Ib trial.

“Malignant pleural mesothelioma is a cancer of the lining of the lung and is rare but difficult to treat,” said Prof Thierry Jahan, professor of medicine at the UCSF Helen Diller Family Comprehensive Cancer Centre. “Standard of care treatment with pemetrexed and platinum compound chemotherapy gets a 30% response rate but a modest impact on survival. So there is a clear unmet need in targeting this specific population.”

Patients with MPM strongly express the mesothelin antigen in the tumour. CRS-207 is a live, attenuated Listeria monocytogenes bacterium that contains two gene deletions to diminish its pathogenicity and has also been engineered to express mesothelin.

“In our early studies, CRS-207 induced an anti-mesothelin response and cellular tumour specific immunity in patients with mesothelin expressing tumours,” said Jahan. “We also have data suggesting that this immunotherapy works synergistically with chemotherapy, so testing the effect of this immune targeting agent with chemotherapy was a natural step.”

After a median follow up of 9.4 months, the investigators found that 59% of patients had partial response and 35% had stable disease, for an overall 94% disease control rate. Median progression free survival was 8.5 months. Jahan said: “Patients receiving the combination of CRS-207 and chemotherapy had a deep response, with more than 90% disease control.”

The primary side-effects associated with CRS-207 administration were temperature spike and rigors. These were related to the infusion and resolved within 24 hours. “The safety of the agent was remarkable,” said Jahan. “It really does appear to be safe, and was well-tolerated in combination with pemetrexed and platinum chemotherapy. There didn’t seem to be any cumulative toxicity.”

Immunohistochemistry analysis in three patients showed marked recruitment and expansion of tumour infiltrating leukocytes following the administration of the therapy. There was also an enhancement of infiltrating CD8+ cells, macrophages and natural killer cells.

Jahan said: “CRS-207 is an exciting agent for patients with mesothelioma. Our preliminary results are encouraging, suggesting superior clinical activity when added to standard chemotherapy. This supports assessing the impact of CRS-207 in a randomised trial, which is currently in the planning stages and should be underway within this calendar year.”

Results of the Phase Ib trial were presented today at the European Lung Cancer Conference (ELCC) 2016.