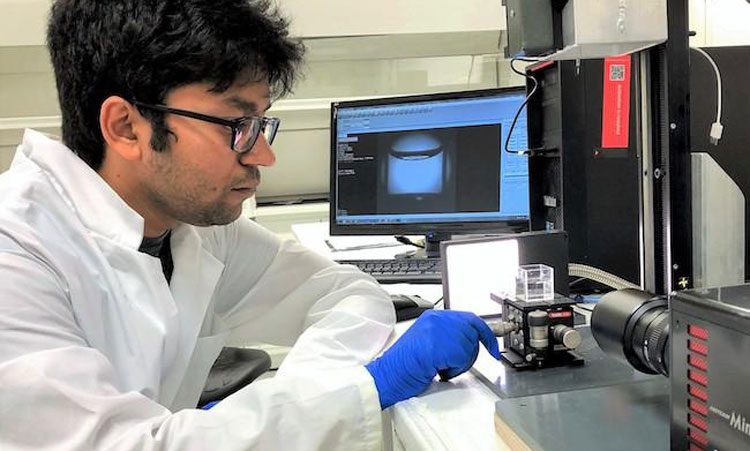 A faster, cheaper way to coat liquid medication has been developed, which could improve how drugs are delivered in the body.

Developed by engineers at the University of Waterloo, Canada, the new encapsulation technology uses gravity and other natural forces to wrap drops as they fall through a thin layer of liquid shell floating on a base liquid.

Once hardened, or cured, by exposure to ultraviolet light, the shell houses and protects the liquid core inside.

“It is a very simple technique that requires almost no energy – and it is extremely rapid,” said Sushanta Mitra, executive director of the Waterloo Institute for Nanotechnology. “Encapsulation takes place in milliseconds.”

When the liquid core is required (when reaching an area of the body for targeted drug delivery, for example) the shell is designed to dissolve and release its contents.

“We envision a very simple, rapid, mass-production system using syringes,” said Mitra. “With a one-shot approach, you could produce thousands of these encapsulations.”

…the shell is designed to dissolve and release its contents”

Other advantages of the technology include the ability to coat drops with multiple layers, greater flexibility in terms of drop volume and shell materials and the production of stronger, more stable capsules.

The new method was published in Journal of Colloid and Interface Science.