Development of infrared light-sensitive microcapsules could be the future in targeted drug delivery for cancer treatment, says new research. 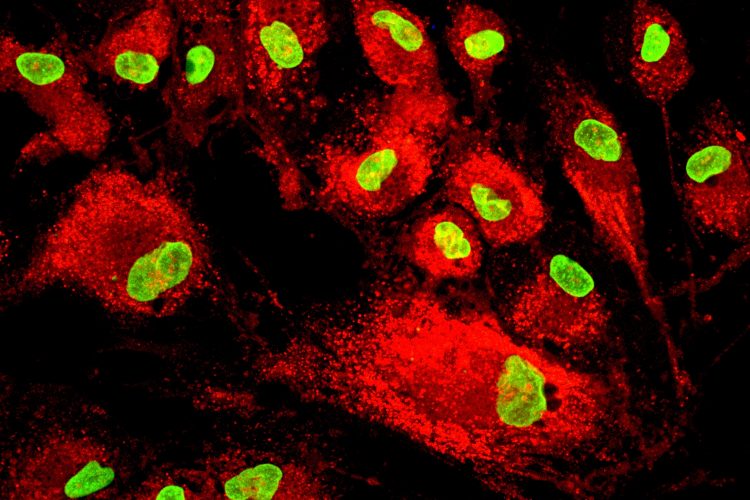 Scientists at the Peter the Great Saint-Petersburg Polytechnic University, Russia have developed a drug delivery method targeting cancer cells that could revolutionise chemotherapy by reducing the toxic effects on healthy cells.

Mesenchymal stem cells (MSC) were used by the researchers as the delivery platform. These stem cells can migrate to tumours and react with them. SDF-1 chemokines released by cancerous neoplasms attract MSCs with CXCR4 receptors on their surface.

“The development of drug delivery systems based on living cells is a burning issue in biomed. This strategy provides for the use of cell cultures that can react with tumours. MSC are considered one of the most promising among the potential drug delivery platforms because they are relatively easy to obtain and grow in a lab,” explained Timofey Karpov, co-developer of the method and associate at the Laboratory for Microencapsulation and Controlled Delivery of Biologically Active Compounds.

The researchers developed a technology through which microcapsules of biologically active substances, such as chemotherapeutic agents, could be taken up to MSC and then delivered to tumour sites.

“The new technology for the synthesis of sub- and micron-sized polymeric capsules provides for the packaging of different biologically active substances. Based on it, platforms for the delivery of a wide range of antitumor substances can be developed and drugs for different areas of modern medicine can be created. Infrared light has been widely used for a long time and is almost harmless when the irradiation parameters are set up correctly,” said Karpov.