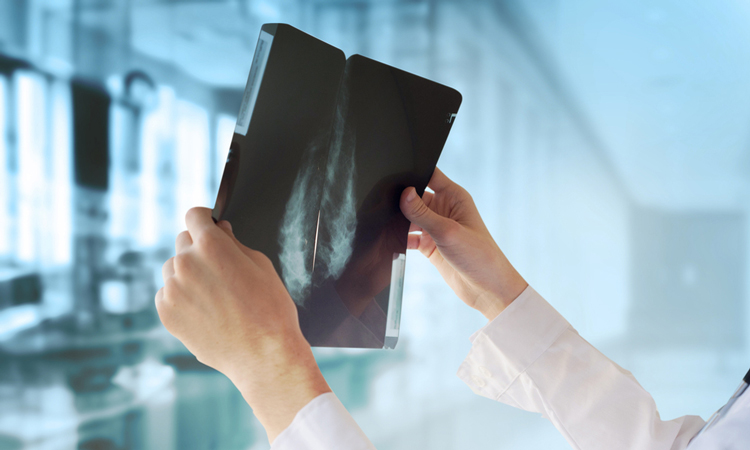 The producers of Keytruda® (pembrolizumab) have announced that the drug, in combination with chemotherapy, has met its progression-free survival (PFS) primary endpoint in the Phase III KEYNOTE-355 trial. The trial is testing the anti-PD-1 monoclonal antibody (mAb) therapy in combination with chemotherapy in patients with metastatic triple-negative breast cancer (mTNBC) whose tumours expressed PD-L1.

The announcement by Merck is based on an interim analysis conducted by an independent Data Monitoring Committee (DMC), which identified first-line treatment with Keytruda in combination with chemotherapy (nab-paclitaxel, paclitaxel or gemcitabine/carboplatin) demonstrated a statistically significant and clinically meaningful improvement in PFS compared to chemotherapy alone in patients.

The DMC suggested, and Merck has agreed, that the trial will continue to evaluate the other dual primary endpoint of overall survival (OS). The safety profile of Keytruda in this trial was consistent with that observed in previously reported studies.

“Triple-negative breast cancer is an aggressive malignancy. It is very encouraging that Keytruda in combination with chemotherapy has now demonstrated positive results as both a first-line treatment in the metastatic setting with this trial,” said Dr Roger Perlmutter, President of Merck Research Laboratories. “We look forward to sharing these findings with the medical community at an upcoming congress and discussing them with the US Food and Drug Administration (FDA) and other regulatory authorities.”

The Keytruda breast cancer clinical development program encompasses several internal and external collaborative studies. In addition to KEYNOTE-355, other studies in TNBC are ongoing and include KEYNOTE-242 and KEYNOTE-522.

KEYNOTE-355 is a randomised, two-part, Phase III trial evaluating Keytruda in combination with one of three different chemotherapies compared with placebo plus one of the three chemotherapy regimens for the treatment of locally recurrent inoperable or mTNBC that has not been previously treated with chemotherapy in the metastatic setting.

Part one of the study was open-label and evaluated the safety and tolerability of Keytruda in combination with chemotherapy in 30 patients. Part two was double-blind, with dual primary endpoints of OS and PFS in all participants and in participants whose tumours expressed PD-L1. The secondary endpoints include objective response rate (ORR), duration of response (DOR), disease control rate (DCR) and safety.