The toxicity of crotoxin has been significantly reduced by combining it with nanostructured SBA-15 silica, used in vaccine formulations. 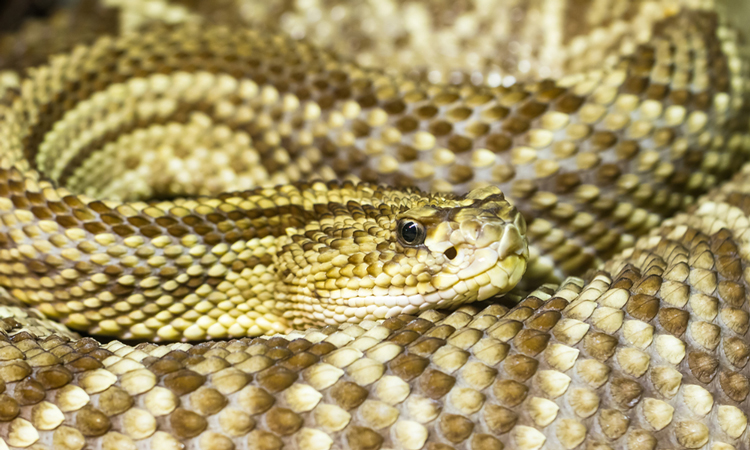 A new study has revealed that crotoxin, extracted from the venom of the South American rattlesnake Crotalus durissus terrificus, can be enhanced and its toxicity reduced when encapsulated in nanostructured SBA-15 silica, a material originally developed for use in vaccine formulations.

Crotoxin has been studied for almost a century for its analgesic, anti-inflammatory and anti-tumour properties and as a muscle paralyser. However, the toxicity of crotoxin limits its medicinal use.

Now, research sponsored by Brazil’s National Science and Technology Institute (INCT), has shown that mice produce more antibodies against an antigen when it is administered with silica, which is made up of microstructures and can be molded to encapsulate molecules of varying shapes and sizes.

“People who respond badly to vaccines usually have macrophages that catabolise the antigen very quickly, so there isn’t time for their lymphocytes to induce a complete response in terms of producing antibodies,” said Osvaldo Sant’Anna, the principal investigator. “Research has shown that nanostructured silica slows the macrophages down.”

As the crotoxin was encapsulated, the researchers concluded that the antibodies produced were unable to reach it”

When silica was tested with other toxins, a novel protective effect was discovered. “In tests conducted in horses to produce anti-diphtheria serum and with tetanus toxin, we found that silica makes antigens less potent and reduces the adverse effect of diphtheria toxin,” Sant’Anna said.

The researchers used their formulation technique to treat neuropathic pain in mice. The first positive finding resulted from a test to determine the maximum dose of crotoxin with and without silica.

“We observed that a larger amount of the toxin combined with silica could be administered without adverse side effects and that the dose could therefore be increased,” researcher Morena Brazil Sant’Anna said. According to the team, it was possible to administer a 35 percent larger dose of crotoxin when it was combined with silica.

The next step was to test the formulation in animals. They were administered with the crotoxin/silica complex (CTX:SBA-15) while experiencing acute pain or chronic pain. In both cases, the complex was given in a single dose or in five doses (one daily dose for five consecutive days).

In the acute stage as well as the chronic stage, the analgesic effect lasted longer when crotoxin was combined with silica. In one of the tests, a single dose was sufficient to reverse hypernociception until 48 hours after it was administered.

The mechanism of action

To determine whether its action mechanisms would be the same in the new formulation, the researchers administered antagonists of the receptors involved in pain shortly before the crotoxin/silica complex.

The team observed changes in the levels of pro- and anti-inflammatory cytokines. “Expression of IL-6, which is associated with inflammation, decreased, while the level of IL-10, which controls the inflammatory process, increased. We also observed a reduction in activation of astrocytes and microglia, central nervous system cells involved in inflammatory responses,” researcher Gisele Picolo said.

In the acute stage as well as the chronic stage, the analgesic effect lasted longer when crotoxin was combined with silica”

As the crotoxin was encapsulated, the researchers concluded that the antibodies produced were unable to reach it, after high levels of antibodies did not affect the therapeutic outcome in animals.

The researchers say that the crotoxin/silica complex gains another advantage from this protection: it can be administered orally to mice with positive results. This was possible because the structure of SBA-15 is similar to that of a honeycomb, preventing the active pharmaceutical ingredient (API) from breaking down in the stomach.

“It also guarantees controlled release of the crotoxin in the organism, which may explain the lasting analgesic effect,” Picolo said.

The researchers are now investigating whether the combination of crotoxin with SBA-15 can be used to treat multiple sclerosis. However, more studies will be necessary before the combination can become medication.

“Crotoxin is a large molecule with a complex structure that’s hard to replicate in the laboratory, so scaled-up use is a long away off,” Picolo said.

The study was published in Toxins.