Research has shown that the CAR-T therapies in development in Asia-Pacific will make the worldwide market more competitive and drive down prices. 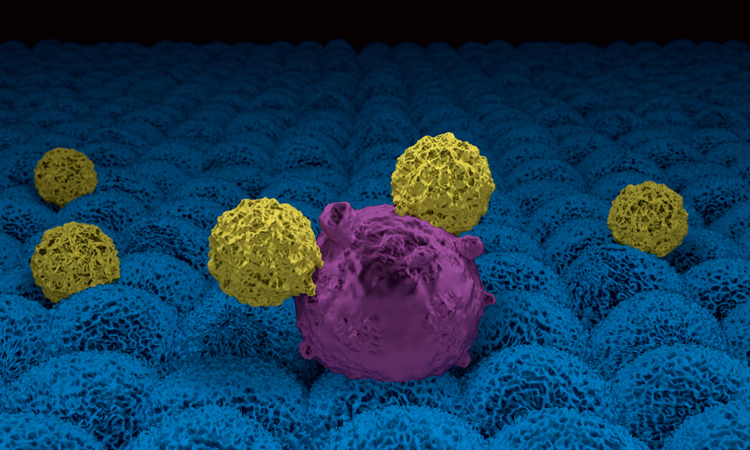 According to new research, there are currently 445 CAR T-cell therapies under development by companies headquartered across the Asia-Pacific (APAC) region. With research in progress and increased understanding of cancer biology, the new therapies are expected to make the global market more competitive and cost effective, says GlobalData.

Gowri Prasad Gutti, Director of Pharma Intelligence at GlobalData, commented: “Cancer is becoming a serious health concern across the APAC region, because of an ageing population, changes in lifestyle associated with economic development and epidemiologic transition. Clinical outcomes of CAR T-cell therapies have been impressive and have shown remarkable results in relapsed/refractory patients. However, the evidence of efficacy is still being gathered with more clinical trials underway.”

The outlet highlights that in 2019, Japan’s Ministry of Health, Labor and Welfare (MHLW) approved the first CAR T-cell therapy Kymriah (tisagenlecleucel) for the treatment of ALL and diffuse large B-cell lymphoma. The drug received approval for the treatment of Acute Lymphocytic Leukemia (ALL) in Australia in 2018. 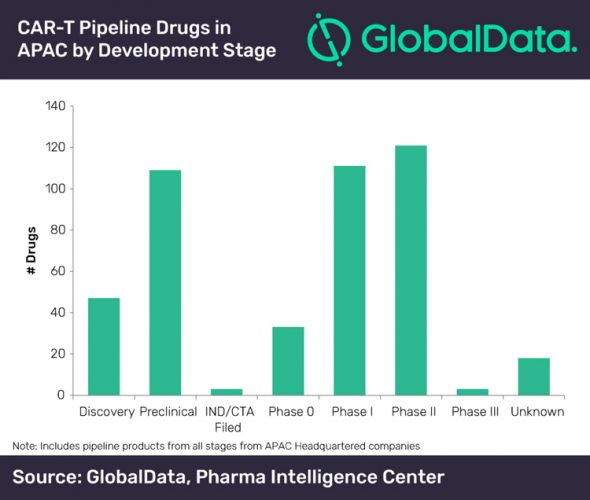 According to the researchers, as of 10 February 2020, there are 369 trials that are ongoing in the APAC region. Most of these trials are in Phase I, followed by Phase I/II.

Gutti explained: “This suggests that the CAR-T modalities are still under clinical evaluation phase and a considerable amount of data evaluation is required for these to be successful as a new generation of anticancer drugs.”

Gutti concluded: “Even though China leads the CAR T-cell therapy development, the approval of CAR-T therapy in China will likely take some time as the majority of the programs are in early stages of development.”