The first US in-human trial of CRISPR-Cas9-edited T cells has concluded with no ill effects and showed that nine months later the infused cells were still active against cancer. 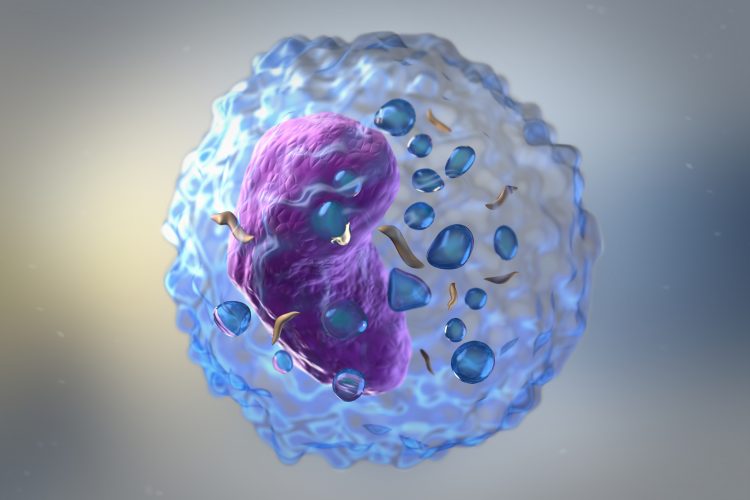 An analysis of patients treated with CRISPR-Cas9-edited T cells has showed that months after initial infusion, they were still able to kill cancer. The researchers suggest this technique could be an alternative to CAR T-cell therapy and are now working to translate this therapeutic approach into other cancers.

First, the researchers screened patients to ensure they chose a cohort expressing the required HLA-A*02:01 molecule. Then they isolated T cells from three of the patient’s blood and conducted rounds of edits using CRISPR-Cas9:

The cells were then reprogrammed with a lentivirus to express a synthetic T-cell receptor that could allow them to target the NY-ESO-1 antigen on the target cancer.

“This new analysis of the three patients has confirmed that the manufactured cells contained all three edits, providing proof-of-concept for this approach. This is the first confirmation of the ability of CRISPR-Cas9 technology to target multiple genes at the same time in humans and illustrates the potential of this technology to treat many diseases that were previously not able to be treated or cured,” said study senior author, Dr Carl June, the Richard W. Vague Professor in Immunotherapy, director of the Center for Cellular Immunotherapies in the Abramson Cancer Center and of the Parker Institute for Cancer Immunotherapy at the Perelman School of Medicine at the University of Pennsylvania.

This is the first trial to test CRISPR-edited cells in humans in the US, taking researchers… more than two years to get the required permissions”

The patients showed no response to the therapy, positive or negative, according to the study. To establish if the modified cells were still active, the researchers drew blood from the patients and isolated the CRISPR-edited cells several months after infusion. The longest follow up was nine months. In a lab setting these cells were still able to interact and kill cancer.

“Previous studies have shown these cells lose function within days, so the fact that the CRISPR-edited cells in this study retained anti-tumour function for a significantly longer period of time after a single infusion is very encouraging,” June said.

This is the first trial to test CRISPR-edited cells in humans in the US, taking researchers from the Abramson Cancer Center at the University of Pennsylvania more than two years to get the required permissions.

The study was published in Science.

COVID-19 vaccines: how important is the vial?