Ten drugs in pre-registration likely to be blockbusters by 2025, finds report

New research has found that of the drugs in the pre-registration phase, 10 are expected to become blockbusters over the next six years. 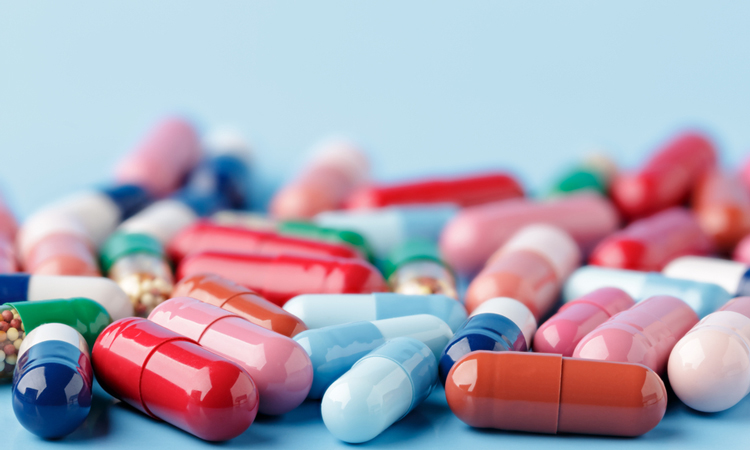 According to new research, of all the drugs currently in the pre-registration phase and expected to launch in 2020, 10 have the potential to reach blockbuster status over the next six years.

Conducted by GlobalData, the report highlights that Amgen and Allergan’s biosimilar candidate to Roche’s Rituxan (rituximab) shows the greatest potential of these drugs. It is projected to reach almost $4 billion in annual sales by 2025, far above the predicted sales for other blockbusters in this group, which will all amass $1 to $2 billion in annual sales in the next six years.

Dr Valentina Gburcik, Senior Director of Cardiovascular and Metabolic Diseases, Gender Health and Digital at GlobalData, commented: “The competitive pricing of the biosimilar drug will help its wider use and the drug will steal a significant proportion of patient share from the mega-blockbuster Rituxan.”

Another finding of the research revealed that other than one biosimilar, all of the hopefuls are innovator drugs that span several therapy areas – mainly oncology and the central nervous system (CNS).

The oncology and haematology pre-registration pool of potential blockbusters features innovator drugs that target triple-negative breast cancer, haemophilia A and various types of lymphoma, finds the report. They are all biologics with a unique mechanism of action, including a gene therapy, BioMarin’s Valoctocogene roxaparvovec and a cellular immunotherapy, Bristol-Myers Squibb’s (BMS’s) Lisocabtagene maraleucel. The CNS drugs dominate the pre-registration portfolio of potential blockbusters, with four out of 10 drugs coming from this space. 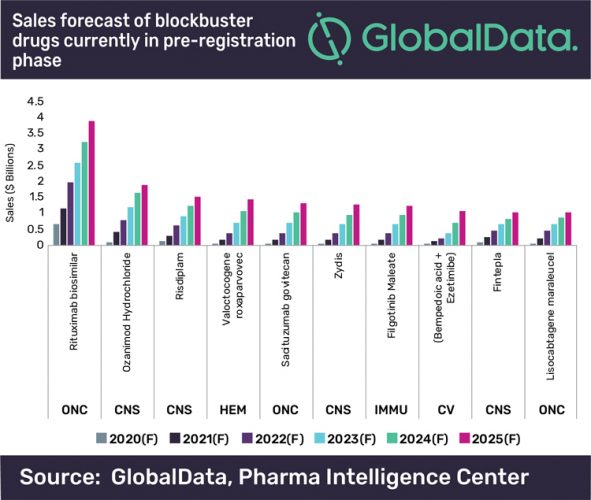 Gburcik added: “The high cost of biologic oncology and haematology therapies coupled with high unmet needs in target patient populations will contribute to the soaring revenues from these drugs.

“In the CNS space, BMS’s Ozanimod and Biohaven’s Zydis are entering the crowded and competitive spaces of multiple sclerosis and migraine, respectively, where the drugs will capture a substantial market share thanks to their differentiated efficacy and safety profiles. On the other hand, Roche’s Risdiplam and Zogenix’s Fintepla target spinal muscular atrophy and some forms of epilepsies in childhood, respectively – all rare disease areas with high unmet needs.”

Taking cell and gene therapies from idea to commercialisation