A study of both city and rural water sources identified antimicrobials at every site and suggests the contamination could be causing the emergence of treatment-resistant microbes. 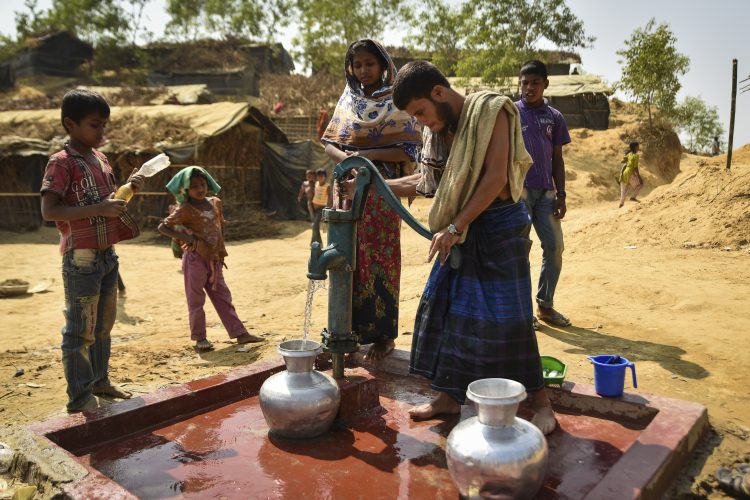 A study has revealed that the waters of both rural and urban Bangladesh hold a cocktail of pharmaceutical and compound contaminants, including antimicrobials like antibiotics and antifungals, anticonvulsants, anaesthetics, antihypertensive drugs, pesticides, flame retardants and more.

The investigation began in spring 2019, when scientists from the University at Buffalo (UB), US, and International Centre for Diarrhoeal Disease Research, Bangladesh (icddr,b), a leading global health research institute in Bangladesh, tested a lake, a canal and a river in Dhaka, Bangladesh’s capital, and sampled water from ditches, ponds and drinking wells in a rural area known as Matlab.

While each chemical was not found at every location and sometimes the levels detected were low, lead scientist Dr Diana Aga, Henry M. Woodburn Professor of Chemistry in the UB College of Arts and Sciences, said the ubiquity of contamination is concerning: “When we analysed all these samples of water from Bangladesh, we found fungicides and a lot of antibiotics we weren’t looking for. This kind of pollution is a problem because it can contribute to the development of bacteria and fungi that are resistant to the medicines we have for treating human infection.”

Published in Science of the Total Environment, the study highlighted that at every site the team found the antifungal agent carbendazim, flame retardants and the insect repellent DEET.

The canal and river in Dhaka contained a medley of chemicals. Of note, scientists discovered multiple varieties of antibiotics and antifungals. While they generally found fewer antimicrobials at the rural locations, some antibiotics were found at certain sites and antifungal agents were common.

How does pharma contribute to medicinal contaminants in water?

“The fact that we found so many different types of chemicals is really concerning,” Aga said. “I recently saw a paper, a lab study, that showed exposure to antidepressants put pressure on bacteria in a way that caused them to become resistant to multiple antibiotics. So, it’s possible that even chemicals that are not antibiotics could increase antibacterial resistance.”

The water samples were collected and taken to UB to be analysed by state-of-the-art methods which screened for around 1,000 potential pollutant compounds, including ones the researchers did not anticipate finding.

“It’s important to note that antimicrobial contamination of the environment is not unique to Bangladesh, but expected in many countries throughout the world where antimicrobial use is poorly regulated in both human medicine and agriculture, which is generally the case in lower-middle income countries of Asia,” added study co-author Dr Shamim Islam, clinical associate professor of paediatrics in the Jacobs School of Medicine and Biomedical Sciences at UB.

He concluded: “As undertaken in this study, we feel analysing and characterising such environmental antimicrobial contamination is a critically important component of global antimicrobial resistance surveillance and mitigation efforts.”