How does pharma contribute to medicinal contaminants in water?

Pharmaceutical manufacturing can lead to the contamination of water ways and supply. Here, the ultimate effects from pharma’s role in environmental pollution is examined. 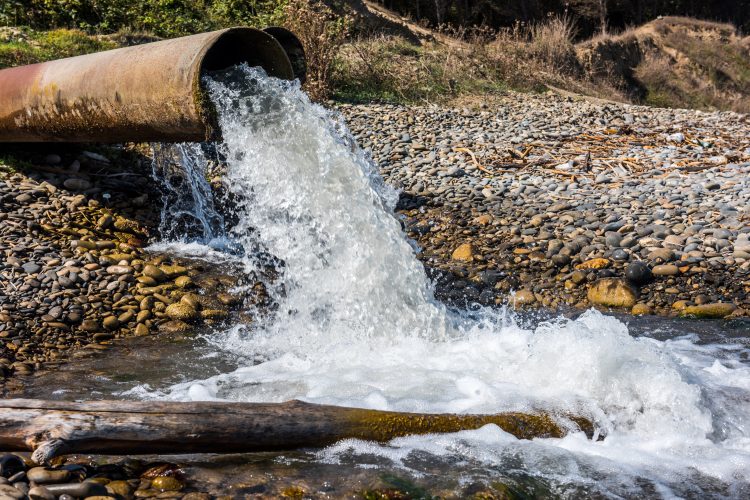 Pharmaceuticals account for some of the tens of thousands of potential Contaminants of Emerging Concern (CECs) found in water both in the US and globally. While the US Geological Survey (USGS) states that a lot of the US contamination comes from domestic uses of industrially produced pharmaceuticals, drug formularies and manufacturers also contribute directly to the contaminants found in water systems.

European Pharmaceutical Review’s Hannah Balfour spoke to the Recipharm 2019 International Environmental Award winner Dana Kolpin, a Research Hydrologist with the USGS at the Central Midwest Water Science Center, about the impact of pharmaceutical contaminants in water and pharma’s contribution to the problem.

How is pharma implicated?

Kolpin said that despite it being almost impossible to put a finger on an exact percentage of contamination that pharmaceutical companies directly contribute, studies of wastewater treatment plants receiving waste from manufacturing facilities had statistically greater pharmaceutical concentrations than those that did not. The USGS results suggests pharmaceutical contamination is typically detected at low levels (<100ng/L per chemical)1 in most municipal wastewater treatment plant efﬂuents, but a 2018 study across the US showed that effluent discharged by pharmaceutical manufacturing facilities (PMFs) had consistently higher concentrations of contaminants. The highest levels were reported for fluconazole, which ranged up to 555,000 ng/L, compared to controls with an approximate maximum of 175ng/L for the same chemical.2 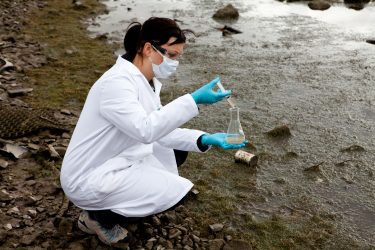 Of the 120 pharmaceuticals and pharmaceutical degradants tested for in the study, 33 had substantially higher concentrations in the 13 wastewater treatment plant effluents that received PMF discharge, compared to their non-PMF counterparts. This is just in the US, where good manufacturing practices (GMP) and guidelines are enforced, whereas other parts of the world with less developed systems are exposed to even higher levels of contamination – sometimes over the thresholds at which these chemicals are considered safe for daily exposure.

Kolpin explained that while direct contamination sources are a concern, a further consideration for water quality is how these drugs are travelling in the system: “Are the compounds being transported conservatively? Are they being degraded to new compounds, which could have their own issues?

“Ultimately, the million-dollar question is: are there effects from environmental exposure to pharmaceuticals and their degradants both to aquatic and terrestrial organisms, and possibly even to humans?”

As pharmaceuticals have a wide range of effects on the body and pathogens in clinical uses, accordingly they have a range of potential effects on the organisms that either live within the water systems in which contamination is found or consume such aquatic organisms for food. According to Kolpin, the most demonstrable impacts on these organisms to date are chronic behavioural changes which can have subtle population effects, rather than acute effects such sudden die-offs.

He indicated that antidepressants are one example of how pharmaceutical contaminants affect fish: “colleagues looked at our exposure data and identified which antidepressants were prevalent in the environment. They then took these real-world concentrations and tested them on larval fathead minnows in the lab. When given a stimulant that promotes the behaviour associated with the appearance of a predator, they found the minnows were slower to react and their escape velocity was lower.” This kind of behavioural change, according to Kolpin, makes fish more vulnerable to predators and could have negative effects on the ecosystem.

Kolpin also described one of the earliest experiments to investigate the effects of pharmaceutical contaminants: “The first study that was the definitive smoking gun in Northern America was testing ethynyl oestradiol, a synthetic oestrogen component in birth control medications. Scientists in Canada did a whole lake study – which is an amazing type of research that we just could not get approved here in the US – where they spiked a remote lake with ethynyl oestradiol and saw a dramatic effect on native fish.”

The seven-year whole lake experiment, completed in 2007, revealed that among the effects of the synthetic hormone was near population collapse, due to reproductive failure attributed to the feminisation of male fish, that were shown to produce a typically female protein, vitellogenin and early-stage eggs in their testes.3

A recent global study led by University of York researchers tested for 14 antibiotics in rivers spread across 72 countries. The researchers found antibiotics in 65 percent of the 711 sites tested (approximately 462 sites). Ciprofloxacin was the antibiotic most frequently found at levels exceeding safety thresholds and at potentially dangerous concentrations in 51 locations. Metronidazole was also found at levels that exceeded safe thresholds and at one site in Bangladesh the concentration was approximately 300 times higher than guidelines suggest is safe.4 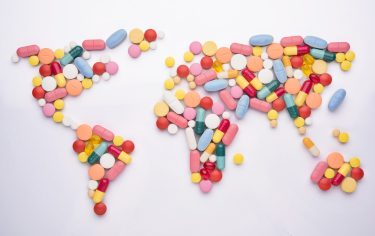 A further study published in Infection has implicated high levels of contamination from PMFs in India with the development of microbial antibiotic resistance and ‘super-bugs’. Samples taken from 28 sites around Hyderabad, one of the largest areas of pharma production in India, were analysed for 25 antimicrobial pharmaceuticals as well as multidrug-resistant pathogens and certain resistance genes. Antibiotic agents were found in all the samples, with some at levels up to 5,500 times higher than the environmental regulation limit. Furthermore, over 95 percent of the samples also contained multidrug-resistant bacteria and fungi.5

“While as humans, we may not be directly impacted by antibiotic exposures,  if antibiotic resistance is limiting or hampering our ability to treat active infections, it is going to be a big deal for human health. This as a growing concern that has already captured the world’s attention.”

What can pharma do?

The USGS does not provide advice on what pharma can do about their contribution to pharmaceutical contamination of water supplies, but Kolpin stated: “pharmaceuticals have an obvious benefit and we are never going to stop using them – the USGS certainly does not suggest this. However, if we can understand what pharmaceuticals are in the environment, which ones may be causing potential problems; for instance, whether it is small number or a mixture of pharmaceuticals and other contaminants that interact to cause problems, then pharma can explore whether there are possible alternatives. For example, are there greener pharmaceuticals whereby, if you have multiple choices to treat the same symptom, a less environmentally damaging option could be used?” 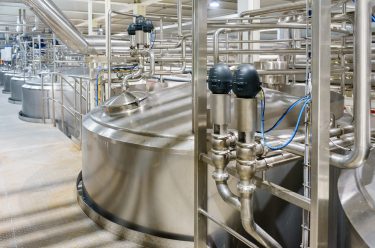 According to Kolpin, although sampling and detection methods have improved, research into their effects is not as advanced. In addition, even a determination of whether pharmaceutical contamination has gotten better over time is not an easy question to answer: “When we first started looking into pharmaceutical contaminants in water, we could only look at roughly 15 compounds, a one litre sample had to be filtered in the field and shipped to the lab which was a laborious endeavour. Now, with our next generation pharmaceutical methods, we have one-and-done hand syringe filtration where we only have to filter 10 millilitres of water and can easily ship tens to hundreds of samples in a single cooler. Not only is the field protocol so much simpler and cheaper to get to the lab, the methods now look at more than 100 pharmaceuticals per sample. Such miniaturisation and simplification of the collection protocols make global sampling campaigns for pharmaceuticals now possible.”

He said the result of these improvements to our collection and analytical approaches are that our breadth of vision and ability to recognise even small amounts of compounds is greater; therefore, it may be we are detecting more compounds, rather than there actually being more pharmaceutical contaminants out in the environment than before.

Alterations to GMP and production data

Further suggestions include altering GMP guidelines to set stricter limits on the release of pharmaceutical contaminants in wastewater from PMFs, especially when problem chemicals are identified and to enhance filtering procedures and capabilities to remove contaminants from PMF wastewater.

Another proposal is that PMFs are required to release live information about what they are producing and other manufacturing production data, such as expected by-products or degradants, to enable closer monitoring of what certain production methods and pharmaceuticals contribute to the environment in terms of contaminants.2

While the effects of pharmaceutical contaminants in water are widely unknown, there is increasing evidence that the contributions by PMFs and domestic sources do have downstream effects on organisms in waterways. Whether they contribute to serious problems such as antibiotic resistance on a global scale is yet to be confirmed; however, these contaminants have been linked to subtle chronic behavioural effects which may alter populations of fish and other organisms feeding upon them.

Kolpin concluded that it would be next to impossible to give a definitive answer on exactly how much pharma itself directly contributes, but further studies into the environmental effects of these CECs may enable more environmentally friendly prescribing and manufacturing processes to be implemented in future.