Posted: 11 May 2020 | Victoria Rees (European Pharmaceutical Review) | No comments yet

A Phase II clinical trial has shown that a two-week course of interferon beta-1b plus lopinavir-ritonavir and ribavirin, started within seven days of showing COVID-19 symptoms, is safe and effective. 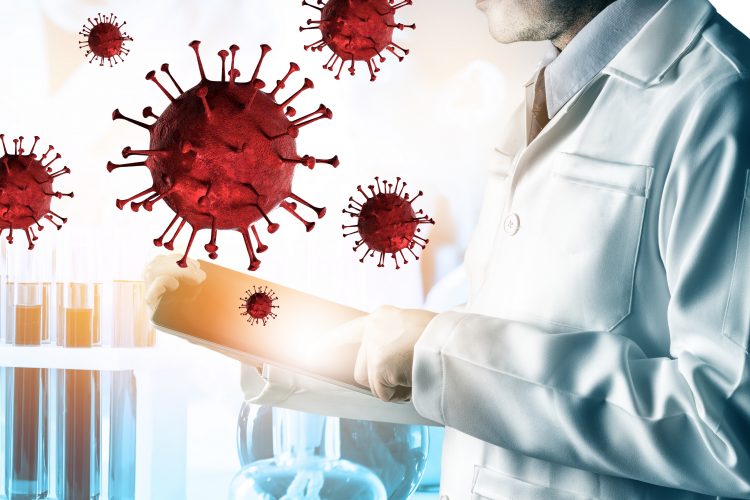 A new Phase II clinical trial has shown that a two-week course of antiviral therapy with interferon beta-1b plus lopinavir-ritonavir and ribavirin, started within seven days of showing COVID-19 symptoms, is safe and more effective at reducing the duration of viral shedding than lopinavir-ritonavir alone.

The study was conducted in patients with mild to moderate illness, in the first randomised trial of this triple combination therapy involving 127 adults (aged 18 and older) from six public hospitals in Hong Kong.

These findings do not include severe cases of COVID-19 and the authors stress the need for larger Phase III trials to examine the effectiveness of this triple combination in critically ill patients.

Secondary outcomes in the new study suggest that clinical improvement and length of hospital stay may be significantly shorter in people treated with triple combination less than seven days after showing symptoms, compared to lopinavir-ritonavir alone.

“Our trial demonstrates that early treatment of mild to moderate COVID-19 with a triple combination of antiviral drugs may rapidly suppress the amount of virus in a patient’s body, relieve symptoms and reduce the risk to health-care workers by reducing the duration and quantity of viral shedding (when the virus is detectable and potentially transmissible). Furthermore, the treatment combination appeared safe and well-tolerated by patients,” said Professor Kwok-Yung Yuen, from the University of Hong Kong, who led the research.

In the trial, all patients received standard care including ventilation support, dialysis support, antibiotics and corticosteroids. The average number of days from symptom onset to start of study treatment was five days.

Treatment with the triple drug combination effectively suppressed viral load (with no detectable virus) in the nasopharyngeal swab within an average seven days of starting treatment, which was significantly shorter than the average 12 days in the control group, treated with lopinavir-ritonavir alone.

Secondary outcomes supported the findings, indicating that clinical improvement was significantly better in the triple combination group, with the triple therapy halving the time to complete alleviation of symptoms.

“These findings suggest that interferon beta 1-b may be a key component of the combination treatment and is worth further investigation for the treatment of COVID-19,” said co-author Dr Jenny Lo from Ruttonjee Hospital in Hong Kong. “Interferons are naturally occurring proteins, produced in response to viral infection and the hope is that interferon beta-1b will boost the body’s ability to fight SARS-CoV-2. Future Phase III trials will soon confirm or refute the usefulness of this candidate drug as a backbone treatment for COVID-19.”

The study was published in The Lancet.