Posted: 28 May 2020 | Hannah Balfour (European Pharmaceutical Review) | No comments yet 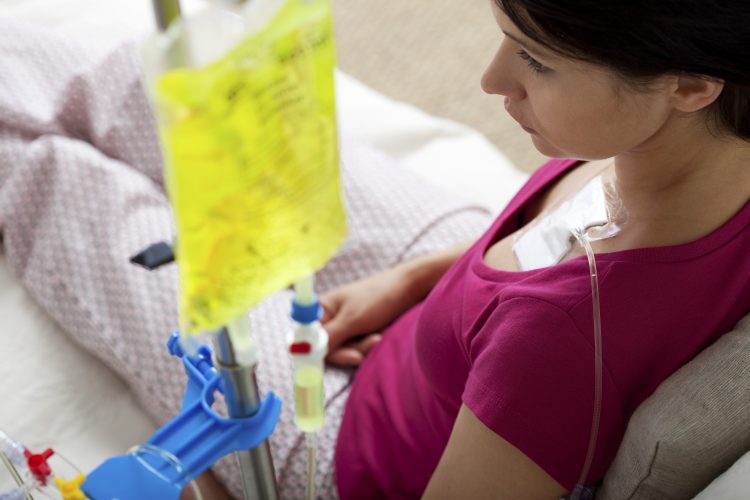 An alternative chemotherapy regimen, called dose-adjusted (DA) EPOCH-R, has been shown to be highly effective for adults with Burkitt lymphoma.

The regimen was less toxic and better tolerated than standard dose-intensive chemotherapy and can be administered in an outpatient setting.

Led by researchers in the Center for Cancer Research at the National Cancer Institute (NCI), the study was conducted at 22 research centres across the US.

“We knew Burkitt lymphoma is curable with dose-intensive chemotherapy, but that treatment can be acutely toxic for adult patients,” said Dr Mark Roschewski, of NCI’s Lymphoid Malignancies Branch, who was one of the lead authors on the study. “With this finding, we not only have a potentially curative treatment option for these patients that’s less toxic, but one that appears effective for most adults, including elderly patients and those with HIV and other comorbidities who might not be able to receive standard treatment.”

The trial being reported was initiated based on results from an earlier pilot study of 30 adult Burkitt lymphoma patients treated with the DA-EPOCH-R chemotherapy regimen, showing it was effective. The DA-EPOCH-R regimen is tailored to each individual’s ability to tolerate chemotherapy and infuses chemotherapy over 96 hours per cycle. The dose adjusted element is that – unlike dose-intensive chemotherapy, which administers high doses in all patients from the outset – the dose may be increased in later cycles if it is well tolerated.

The larger, multicentre Phase II study enrolled 113 patients identified as having low- or high-risk disease. The median age was 49 years and 62 percent were 40 years or older.

The four-year rate of event free survival was 84.5 percent, overall survival was 87 percent. For low-risk patients, event-free survival was 100 percent and for high-risk patients it was 82 percent. The treatment was effective in all age groups, including those in their 70s and 80s, regardless of HIV status. The treatment was well-tolerated with a relatively low number of patients experiencing the severe side effects associated with dose-intensive chemotherapy.

The researchers suggest their study indicates dose-intensive chemotherapy may not be necessary in future for treating Burkitt lymphoma, instead a less intensive, personalised regimen could be implemented, especially in those defined as low-risk.

The results of the clinical trial were published in the Journal of Clinical Oncology.