Free membership: sign up today to access all of our exclusive content
Hear from industry leaders in our upcoming live webinars – reserve your FREE place today!
Download your complimentary copy of our latest digital journal
Read our latest article on microbiome therapeutic development boosted by metabolomics
Advertorial

At a meeting on 2 April 2012, the Board of Directors of Lonza elected Mr. Richard Ridinger as the new CEO of Lonza. Mr. Ridinger will become CEO of Lonza effective 1 May. Rolf Soiron was acting CEO ad interim, since the end of January. 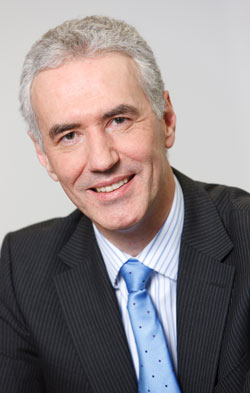 Richard Ridinger is 53 years old, a German national, and has extensive industrial leadership experience. “Richard Ridinger could be a person who grew up with Lonza”, said Rolf Soiron. “He is a chemical engineer who knows our industries, customers and products. With Richard Ridinger, we were not only able to attract a man of action and team player, but also a winning personality.”

Richard Ridinger has held numerous leadership functions at Henkel for 14 years and Cognis for 11 years. Most recently, Mr. Ridinger was responsible for Care Chemicals, the largest sector at Cognis with approximately 3,000 employees. During his tenure, sales increased by 60% to €1.75 billion over six years, as he successfully repositioned the business in the market. Mr. Ridinger’s experience spans process development, production management, product- and marketing management of different product areas, leading global business units and finally the co-responsibility for leading a worldwide group of the specialty chemicals.

In working together with the private equity owners of Cognis, Richard Ridinger has proven his ability to achieve business excellence as well as to fulfill strategic and economical goals. Following the takeover of Cognis by BASF at end of 2010, Richard Ridinger supported the integration of the company.

As CEO of Lonza, Mr. Ridinger has been mandated with strengthening Lonza’s market position in relevant markets, strengthening competitive capabilities, and productivity improvement in critical areas. Productivity improvement includes project “Visp Challenge”, which is expected to contribute more than CHF 100 million over three years, and it also includes a review of group-wide structures. The goal of these measures is a stepwise improvement of growth and return on capital.

At the 2 April meeting, the Board of Directors also appointed Mr. Marc Funk, Group General Counsel and Board Secretary, to become a member of the Management Committee. Marc Funk joined Lonza in January 2009; prior he was associate general counsel at Merck Serono.