Extensive analysis of interim data finds patients given cabotegravir injection had a 66 percent lower incidence of HIV acquisition than those taking Truvada pills. 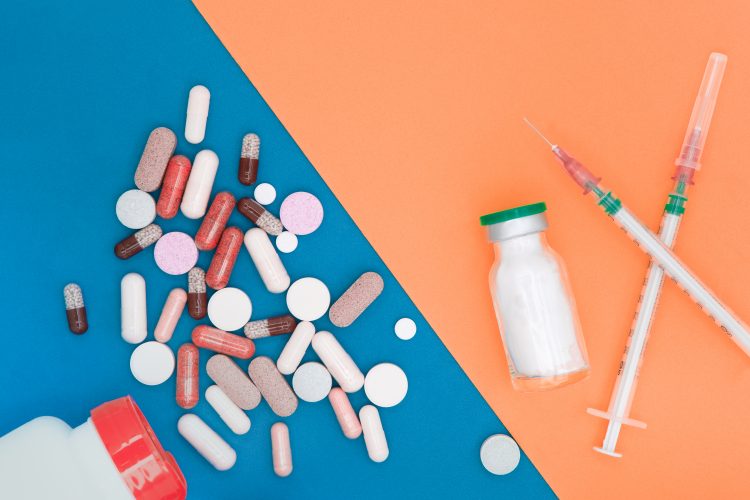 Results from the Phase 2b/3 clinical trial of the pre-exposure prophylaxis (PrEP) drug cabotegravir reveal the injection (given once every eight weeks) is more effective at preventing HIV acquisition than taking Truvada tablets daily.

The US National Institutes of Health (NIH) sponsored HPTN 083 trial compared HIV an investigational long-acting form of the HIV drug cabotegravir, injected every eight weeks to the commercially available Truvada PrEP medication in cis-gender men who have sex with men and transgender women who have sex with men. The study concluded that, while both are highly effective at preventing HIV infection, cabotegravir had a superior protective effect.

The only PrEP medications currently licenced by the US Food and Drug Administration (FDA) are daily oral pills containing tenofovir and emtricitabine. While highly effective when taken as prescribed, some patients struggle with compliance and so a long-acting form of PrEP could offer a less frequent, more discreet option that may be more desirable for some.

In May 2020, a planned interim review of the HPTN 083 data indicated a high level of efficacy for long-acting injectable cabotegravir among cis-gender men and transgender women who have sex with men. The new report is based on a more extensive analysis of interim data from 4,566 study participants.

Overall, the rate of HIV acquisition in the participants was low. Among the 52 participants who acquired HIV, 13 were in the study group who received the cabotegravir-based PrEP regimen plus placebo daily oral tablets and 39 were in the group who received daily oral Truvada plus placebo injections. The HIV incidence rate was therefore 0.41 percent in the cabotegravir group and 1.22 percent in the Truvada group – the 66 percent lower incidence in the cabotegravir group was found to be statistically significant.

Only 46 participants (2.2 percent) discontinued the cabotegravir injections, the majority received their injections as scheduled. Adherence to daily Truvada was also high, with 87 percent of a subset of 372 participants who provided blood samples having some detectable concentrations of the drug. Study investigators are continuing to follow the HPTN 083 study participants, gathering and analysing additional data on the long-term safety of injectable cabotegravir for HIV prevention.

Findings from HPTN 083, will be discussed during the 23rd International AIDS Conference.

US National Institutes of Health (NIH)

US National Institutes of Health (NIH)