Intranasal vaccine made from peptide nanofibres shows efficacy in mice 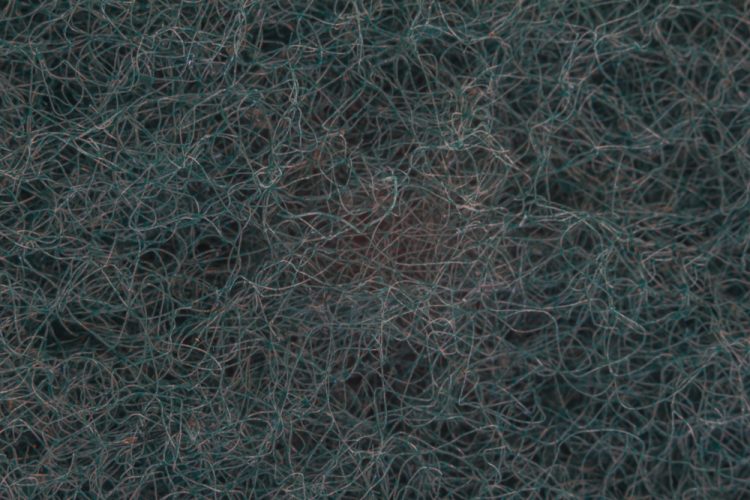 A new proof-of-concept study has demonstrated the potential for a vaccine platform that uses self-assembling peptide nanofibres tagged with antigens to prime the immune system against a potential invasion.

Developed by researchers at the University of Chicago and Duke University, both US, the drug delivery system shows that nanofibres can induce an immune response and activate T cells in mice without the use of additional adjuvants, which can induce inflammation and are associated with common vaccine side effects.

“We wanted to understand how the body processed this nanofibre system, from its first interaction with the immune system to the point where it led to a complete immune response,” said co-senior author Dr Anita Chong, a professor of surgery at the University of Chicago Medicine. “In order to visualise the uptake of the nanofibres, we decided to try the intranasal route, because it would give us access to dendritic cells in the lungs and let us track their movement into the draining lymph nodes.”

The researchers leveraged their nanofibre platform in mice to test a specific kind of vaccine, called a subunit vaccine, which only uses a specific protein intended to act as the main antigen to stimulate an immune response.

“The major advantage of subunit vaccines is safety since they do not involve the replication of live pathogens,” said first author Dr Youhui Si, a research scientist at the University of Chicago. “On the other hand, to increase their effectiveness, subunit vaccines require adjuvants and repeated doses to induce long lasting immunity against a disease.” 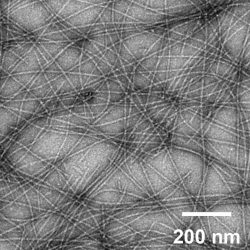 An image of self-assembled peptide nanofibres, which are currently under investigation for engineered vaccines [credit: Collier Lab].

“The fibre we have developed is unique in that it does not require inflammation,” said co-senior author Dr Joel Collier, an associate professor of biomedical engineering at Duke University. “The scaffolding itself seems to be able to activate the dendritic cells to kick off the immune response. Before now, we did not have any real understanding of which pathways were involved in this process, so this study provides some insight into what is going on.”

“Aside from the inflammation issues, adjuvants require vaccines to be kept in cold storage,” Chong said. “Without them, the peptides are quite heat stable and can be delivered as a dry powder to be reconstituted into nanofibres on site, making it easier to get vaccines into resource-limited areas.”

The researchers believe that the primary strength of their nanofibre scaffolding is that it provides a physical structure that presents the antigens to the dendritic cells, making it easier for the innate immune system to recognise the antigens and initiate a response.

“We saw that the peptide fibres alone generated a strong immune response via the intranasal route,” Collier said. “This route is great for vaccine compliance, because it does not involve a needle.”

According to the researchers, this platform would also allow physicians and scientists to more precisely dial in the immune response to provide the best protection against a disease.

The research was published in Science Advances.