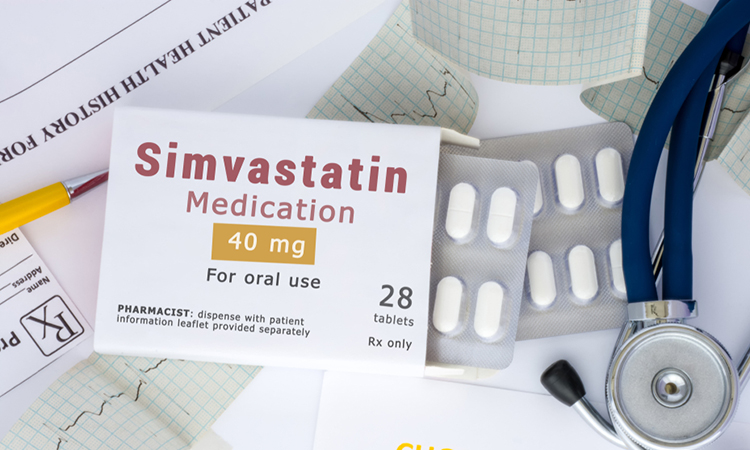 Researchers have shown that the bioavailability of simvastatin, a hypocholesterolemic agent, can be improved by mucoadhesive buccal films. The study was led by researchers at King Abdulaziz University, Saudi Arabia.

According to the scientists, simvastatin suffers from very low bioavailability due to its poor aqueous solubility and extensive first-pass metabolism.

The researchers developed and tested two simvastatin carrier systems: polymeric drug inclusion complex and mixed micelles nanoparticles. These were created and loaded into mucoadhesive buccal films to enhance simvastatin bioavailability. The two carrier systems were characterised and their permeation across human oral epithelial cells was studied.

Next, the researchers investigated the ex vivo permeation across bovine mucosal tissue. The permeation parameters for the in vitro and ex vivo release data were then calculated.

The team found that complexation of simvastatin with hydroxypropyl beta-cyclodextrin (HP β-CD) was superior to all other polymers as revealed by the equilibrium saturation solubility, stability constant, complexation efficiency and thermodynamic potential. Simvastatin-HP β-CD inclusion complex was utilised to develop a saturated polymeric drug solution. Both carrier systems showed enhanced permeation across oral epithelial cells when compared to pure drug.

The team concluded that the inclusion complex to mixed micelles ratio and the mucoadhesive polymer concentration were significantly affecting the characteristics of the prepared films. The optimised mucoadhesive buccal film formulation loaded with simvastatin inclusion complex and drug mixed micelles nanoparticles demonstrated superior ex vivo permeation when compared to the corresponding pure drug buccal film and the researchers say the calculated permeation parameters confirmed this finding.

The team conclude that mucoadhesive buccal films containing simvastatin inclusion complex and drug mixed micelles can be used to improve drug bioavailability; however, they highlight that additional pharmacokinetic and pharmacodynamic studies are required.

The study was published in the International Journal of Nanomedicine.