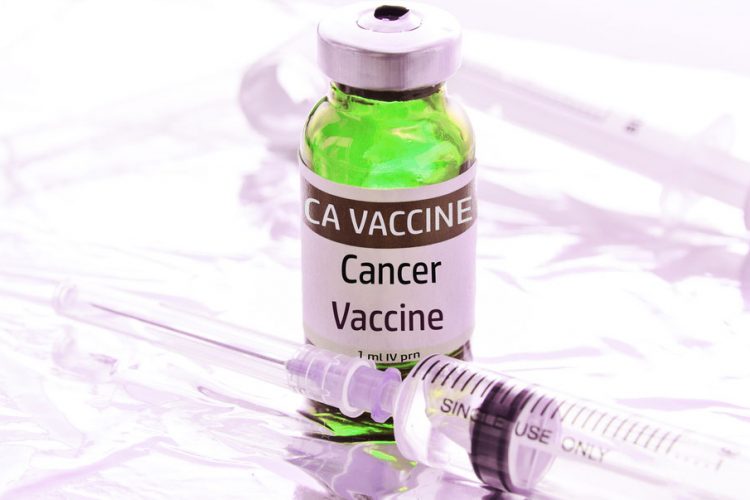 New Phase I data to be presented at the virtual American Association for Cancer Research (AACR) Annual Meeting 2021 shows that a personalised cancer vaccine, developed by Mount Sinai researchers, was safe and showed initial signs of potential benefit in patients with different cancers.

“While immunotherapy has revolutionised the treatment of cancer, the vast majority of patients do not experience a significant clinical response with such treatments,” said study author Dr Thomas Marron, Assistant Director for Early Phase and Immunotherapy Trials at The Tisch Cancer Institute and Assistant Professor of Medicine (Hematology and Medical Oncology) at the Icahn School of Medicine at Mount Sinai, US. He continued that cancer vaccines typically combine “tumour-specific targets that the immune system can learn to recognise and attack to prevent recurrence of cancer… [and] an adjuvant that primes the immune system to maximise the efficacy.”

To generate the personalised cancer vaccines, Dr Marron and colleagues sequenced the tumour and germline DNA and tumour RNA of each of the 13 enrolled patients. They then leveraged Mount Sinai’s computational pipeline, called OpenVax, to identify and prioritise immunogenic targets to synthesise and incorporate into the vaccine.

In the trial, following any standard cancer treatment, such as surgery for solid tumours or bone marrow transplant for multiple myeloma, patients received 10 doses of the personalised vaccine over a six-month period. The vaccine was given with the adjuvant poly-ICLC which is “a synthetic, stabilised, double-stranded RNA capable of activating multiple innate immune receptors, making it the optimal adjuvant for inducing immune responses against tumour neoantigens,” explained study author Dr Nina Bhardwaj, Director of the Immunotherapy Program and the Ward-Coleman Chair in Cancer Research at The Tisch Cancer Institute at Mount Sinai.

Dr Bhardwaj continued: “Most experimental personalised cancer vaccines are administered in the metastatic setting, but prior research indicates that immunotherapies tend to be more effective in patients who have less cancer spread. We have therefore developed a neoantigen vaccine that is administered after standard-of-care adjuvant therapy, such as surgery in solid tumours and bone marrow transplant in multiple myeloma, when patients have minimal – typically microscopic – residual disease. Our results demonstrate that the OpenVax pipeline is a viable approach to generate a safe, personalized cancer vaccine, which could potentially be used to treat a range of tumour types.”

Prior to vaccination, the 13 trial participants had statistically high chances of disease recurrence, 10 had solid tumour diagnoses (including lung and bladder cancer) and three had multiple myeloma.

After a mean follow-up of 880 days, four patients had no evidence of cancer, four were receiving subsequent lines of therapy, four had died and one chose not to continue the trial. The vaccine was well tolerated, with roughly one-third of patients developing minor injection-site reactions.

While the trial was primarily aimed at establishing the safety of the vaccine platform, the investigators noted that there were some early potential benefits of the vaccine; blood tests of one patient showed an immune response from the vaccine and two other patients had robust responses to immunotherapy after vaccination.