Imfinizi™ and tremelimumab in combination with chemotherapy improved non-small lung cancer (NSCLC) survival by 23 percent in a Phase III study. 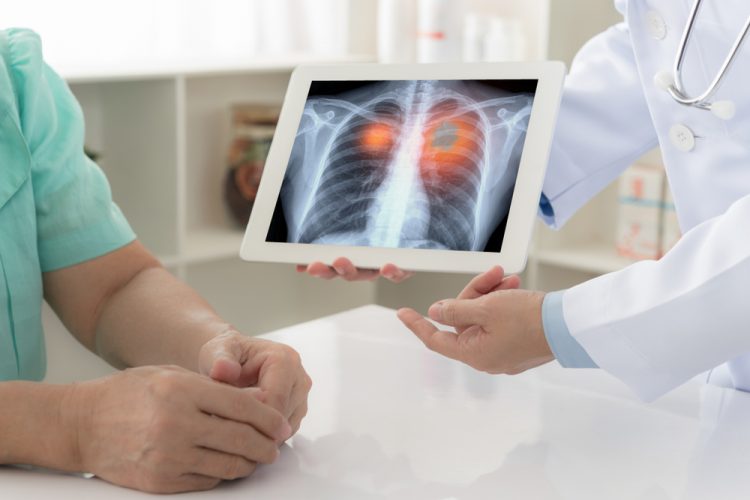 AstraZeneca has announced that, in the POSEIDON Phase III trial, Imfinzi (durvalumab) and tremelimumab, when added to platinum-based chemotherapy, demonstrated a statistically significant and clinically meaningful improvement in overall survival (OS) by 23 percent and progression-free survival (PFS) by 28 percent compared to chemotherapy alone in the first-line treatment of patients with metastatic non-small cell lung cancer (NSCLC).

Imfinzi is a human monoclonal antibody that binds to PD-L1 and blocks the interaction of PD-L1 with PD-1 and CD80, countering the tumour’s immune-evading tactics and releasing the inhibition of immune responses. In addition to approvals in extensive-stage small cell lung cancer (ES-SCLC) and unresectable, Stage III NSCLC, Imfinzi is approved for previously treated patients with advanced bladder cancer in several countries.

The POSEIDON trial was a randomised, open-label, multi-centre, global, Phase III trial of Imfinzi plus platinum-based chemotherapy or Imfinzi, tremelimumab and chemotherapy versus chemotherapy alone in the first-line treatment of 1,013 patients with metastatic NSCLC. The trial population included patients with either non-squamous or squamous disease and the full range of PD-L1 expression levels. POSEIDON excluded patients with certain epidermal growth factor receptor (EGFR) mutations or anaplastic lymphoma kinase (ALK) fusions.

Patients treated with a short course of five cycles of tremelimumab, an anti-CTLA4 antibody, over 16 weeks in addition to Imfinzi and chemotherapy experienced a 23 percent reduction in the risk of death versus a range of chemotherapy options. Median OS was 14.0 months versus 11.7 months for chemotherapy. An estimated 33 percent of patients were alive at two years versus 22 percent for chemotherapy.

The treatment combination also reduced the risk of disease progression or death by 28 percent, compared to chemotherapy alone, with a median PFS of 6.2 months versus 4.8 months, respectively. The combination delivered a broadly similar safety profile to the Imfinzi and chemotherapy combination and did not lead to an increased discontinuation of treatment.

“The POSEIDON data offer patients further benefit from Imfinzi and are an important validation of our development strategy to explore novel combinations,” stated Susan Galbraith at Oncology R&D. “Adding a short course of tremelimumab to Imfinzi for those patients already receiving chemotherapy, reduced the risk of cancer progressing or death by 28 percent compared to chemotherapy alone. The results also showed the significant survival improvement did not compromise tolerability in the first-line treatment of patients with metastatic NSCLC. We look forward to discussing these data with regulatory authorities.”