Birmingham Biotech and the University of Birmingham, UK, have signed a licensing agreement for an anti-viral nasal spray against COVID-19. 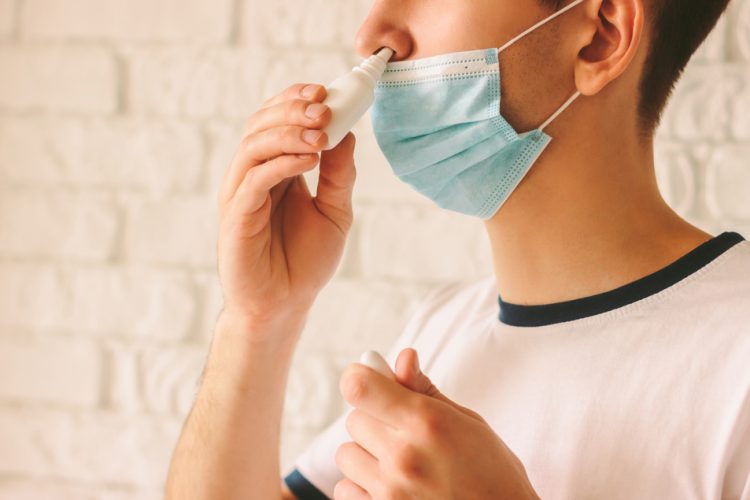 Birmingham Biotech and the University of Birmingham, both UK, have signed a licensing agreement to commercialise a novel anti-viral nasal spray that protects against COVID-19. The licensing agreement covers the entire duration of the patents and gives Birmingham Biotech exclusive rights to market and sell the anti-viral nasal spray worldwide, except for India. The spray is expected to be available in the UK and Asia in early 2022.

Further to the licensing agreement, Birmingham Biotech plans to establish a joint venture with the University of Birmingham to commercialise new products based on intellectual property and technical knowledge from the university.

The formulation was engineered by Professor Liam Grover from the University of Birmingham and a team of researchers who collaborated on its testing.  The spray is designed to work by encapsulating and deactivating the virus while it is still in the nose, preventing its wider uptake by the body. It is formulated with two compounds that are already approved by regulatory bodies in the UK, Europe and the US and widely used in medical devices, medicines, and food products.

Each of these compounds performs specific functions. The first is a polysaccharide gel which can ‘plume’ rather than ‘jet spray’ when applied with a typical nasal spray applicator and is retained on the mucous-coated epithelia in the nose where it coats and retains the virus, so it does not travel further down the respiratory tract. The second compound is a potent antiviral agent called carrageenan.

The Birmingham researchers confirmed the complete inhibition of SARS-CoV-2 activity provided by carrageenan and the ability of the formulation to prevent contraction and transmission in cell culture and confirmed that the spray covers a surface area that is six times greater than when formulated without the gel.

“As COVID-19 restrictions around the world are gradually lifting, there is a real need for effective methods of viral protection,” commented Grover. “While existing measures like wearing masks and handwashing remain essential, this nasal spray provides an additional protective measure with the potential to reduce transmission. We are thrilled to be working with Birmingham Biotech to bring the anti-viral nasal spray to individuals around the world.”

In the future, the two parties plan to co-develop other innovative products and technologies, such as COVID-19 throat sprays and nasal sprays targeted to protect individuals from other viruses.  “We are delighted to enter into a partnership with the University of Birmingham and to be able to work together with its world-leading academic researchers, to advance medical innovations. We have a shared commitment to bring our proprietary anti-COVID-19 nasal spray to as many people as possible at an affordable price, focusing on developing markets with the greatest need,” added Michael Hsu, Managing Director at Birmingham Biotech.