Researchers have developed a novel platform technology, iVAX, that could enable the decentralised bioproduction of conjugate vaccines and enhance vaccination rates in developing nations. 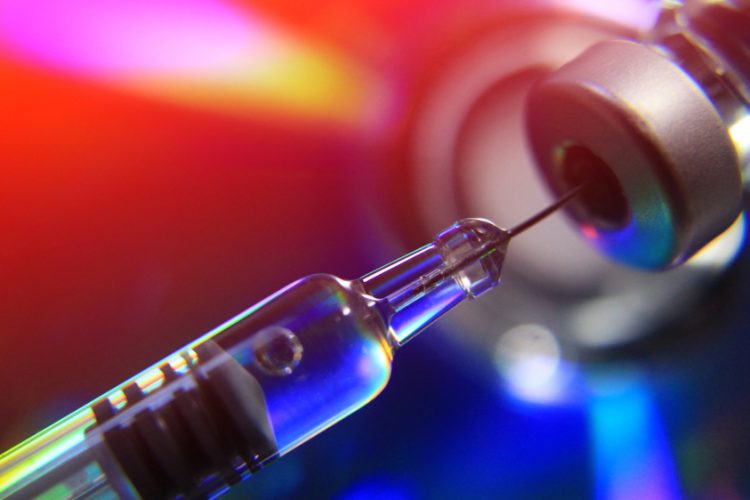 Antimicrobial resistant bacteria are a growing threat that some have warned could be the cause of the next pandemic. Conjugate vaccines, typically consisting of a pathogen-specific capsular (CPS) or O-antigen polysaccharide (O-PS) linked to an immunostimulatory protein carrier, are commonly used to prevent bacterial infections. However, despite their safety and efficacy, global childhood vaccination rates for conjugate vaccines are approximately 30 percent, in part due to limited access to vaccines; and this lack of vaccination is thought to be responsible for the majority of the remaining disease burden.

One of the factors confounding access is that conjugate vaccines are typically produced in a centralised fashion and require cold chain distribution to ensure they remain stable and safe for use. To overcome this, Stark et al. developed iVAX, which uses portable freeze-dried lysates from detoxified, non-pathogenic Escherichia coli to synthesis clinically relevant doses of conjugate vaccines against diverse bacterial pathogens in one hour after reconstitution.

In their study published in Biotechnology Journal, they describe the cell-free protein synthesis (CFPS) iVAX system. CFPS technologies have a number of key advantages over traditional cell-based bioproduction systems, according to the authors, since they “enable point-of-care protein production”, “can be freeze-dried for distribution at ambient temperature and reconstituted by just adding water”, and “circumvent biosafety concerns associated with the use of living cells outside of a controlled laboratory setting”.

In the study, they demonstrated the various benefits of the iVAX platform:

The authors concluded that “iVAX represents a platform technology for rapid development and on-demand, cold chain–independent biomanufacturing of conjugate vaccines” and added that it is the first study, to their knowledge, that demonstrates efficacious glycoprotein product synthesis in a decentralised manufacturing platform. “Overall, the iVAX platform offers a new way to deliver the protective benefits of an important class of antibacterial vaccines to both the developed and developing world.”