Researchers suggest full evaporation static headspace gas chromatography (FE-SHSGC) could be a universal method for the analysis of semi-volatile nitrosamines in pharmaceutical products. 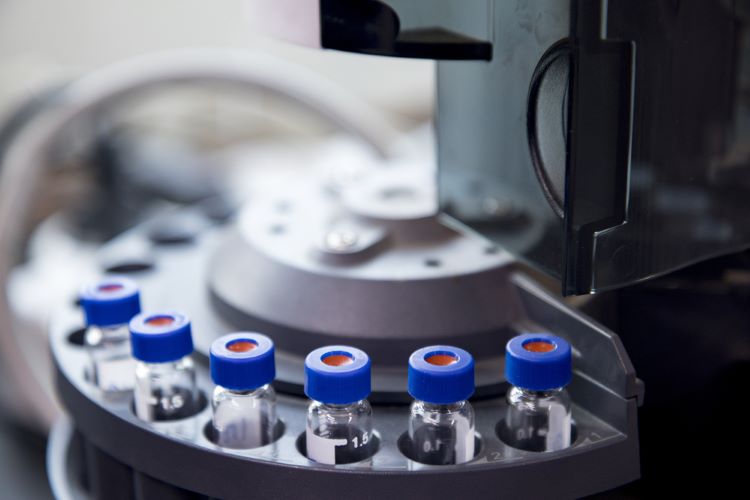 Nitrosamines such as N-nitrosodimethylamine (NDMA) have become common culprits for recalls of various drug products, including sartans for hypertension, metformin for diabetes and ranitidine for heartburn. As a result, regulators require frequent testing for nitrosamines in drug substances and finished products.

However, developing a reliable nitrosamine detection method is challenging, as it must be suitable for a wide array of products, able to handle the large number of batches to be tested, and highly sensitive to meet regulatory expectations.

Typically, nitrosamines are separated from sample matrix using liquid chromatography (LC) or gas chromatography (GC) and detected by a highly sensitive and specific detector. But the equipment is often expensive, and the methods limited by sample preparation steps or their ability to effectively extract nitrosamines, extending drug release timelines.

To overcome these issues, researchers have developed an “ultrasensitive and universal method for the detection of NDMA in different pharmaceutical products using a novel full evaporation static headspace GC method with nitrogen-phosphorous detection (FE-SHSGC-NPD).”

Zheng et al.’s paper, published in the AAPS Journal, details how the team improved GC sensitivity by eliminating the headspace-liquid partition, and how the addition of a combination of pyrogallol and phosphoric acid in isopropanol solvent negated the in situ nitrosation issue commonly encountered in gas chromatography (GC) analysis of nitrosamines.

The result, according to the authors, is a method boasting simple sample preparation (tablets must be ground into a fine powder for extraction of nitrosamines), low-cost instrumentation and easy data processing, making it “an ideal choice for routine testing at any analytical laboratory”.

In the study, the detection limit (DL) and quantitation limit (QL) for NDMA using this method are estimated to be 0.1ppb and 0.25ppb, respectively, which is significantly more sensitive than those obtained using liquid chromatograph coupled with high resolution mass spectrometry (LC-HRMS; a commonly used method).

For accurate quantitation, researchers noted that it is necessary to transfer the ground tablet powder into the headspace vial, add diluent and close the vial as soon as possible, as they found that NDMA level decreased by about 0.57ppb or 2.8 percent per hour over the course of five hours if left at ambient temperature.

The authors added that the method could also be applied to analyse other common nitrosamines with temperature adjustments and has demonstrated the capability for high-throughput analysis, with researchers having successfully tested 795 batches of commercial metformin HCl products in 11 days on one headspace GC instrument.

Zheng et al. noted, “The extraction of nitrosamines directly from solid sample not only simplifies the sample preparation procedure but also enables the method to be used for different products as is or with minor modifications”. The team added that the method has been validated according to ICH guidelines.

They concluded: “Widespread adoption of this technique for nitrosamine analysis could play a key role to ensure patient safety, expedite drug development process and minimise the interruption to the supply of critical medications.”