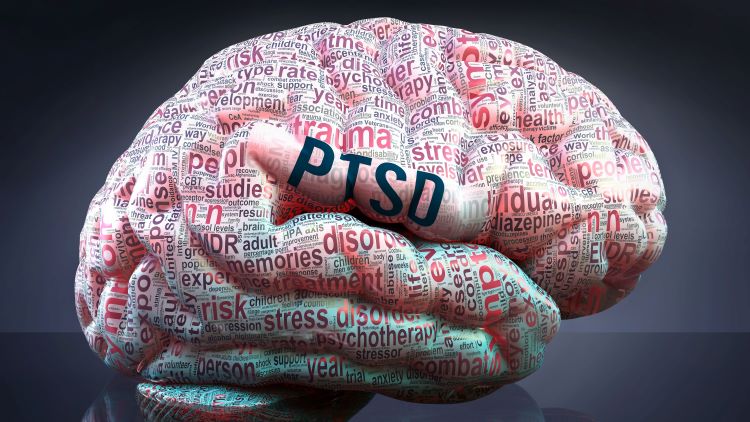 A study led by Boston University School of Public Health (BUSPH) and the White River Junction Veterans Affairs Medical Center in Vermont has completed a rigorous analysis to compare the effectiveness of direct acting antivirals on improving symptoms of posttraumatic stress disorder (PTSD).

The researchers studied 254 VA patients who were diagnosed with PTSD and hepatitis C between October 1999 and September 2019. The findings are to be published in the American Journal of Epidemiology.

Participants received one combination of hepatitis C medications: including glecaprevir and pibrentasvir (GLE/PIB); ledipasvir and sofosbuvir (LDV/SOF); or sofosbuvir and velpatasvir (SOF/VEL).

Patients’ symptoms were monitored for PTSD and hepatitis C virus between two clinical visits over eight to 12 weeks.

After adjusting for variables, the researchers found glecaprevir/pibrentasvir combination had the strongest association with PTSD symptom improvement among the antivirals most prescribed in the VA.

This is consistent with an initial study completed with funding from the National Institute of Mental Health.

“At BUSPH, we have been working with our VA colleagues to look at PTSD symptom improvement in routine care using medical records for several years,” said Jaimie Gradus, Associate Professor of Epidemiology at BUSPH and co-principal investigator on the study.

“The level of improvement we see for GLE/PIB is impressive and over twice what we have seen for paroxetine and sertraline. I think we have done the best we can with medical records data, an important next step in this line of work will be a prospective placebo-controlled study in patients without hepatitis C virus infection,” she added.

The team has already received funding from the Department of Defense for this prospective trial, which will be led by Vince Watts of the White River Junction VA Medical Center as principal investigator.

“It will be several years until we see the results, but this is a very exciting case where we used VA patient data to identify a potential treatment for PTSD, which is a very important problem for veterans’ health. In this way, veterans have informed PTSD treatment development,” said co-principal investigator Brian Shiner, a psychiatrist and acting associate chief of staff for research at the White River Junction VA Medical Center.

PTSD is a potentially chronic condition that disrupts lives and can lead to or exacerbate existing health issues such as depression, anxiety, eating disorders, and suicidal thoughts. PTSD is estimated to affect some six percent of the US population, according to the US Department of Veterans Affairs.

“Many people have PTSD, but there [are] few effective pharmacologic treatments and limited drug development for PTSD,” commented Gradus. “Adding to the suite of treatment options for people is a high priority,” she said.

There are two current medications – sertraline and paroxetine – approved by the US Food and Drug Administration (FDA) for treating PTSD symptoms. However, both have shown only limited effectiveness in reducing PTSD symptoms.

Existing treatments are mostly psychotherapy, which has high treatment drop-out rates and are time-intensive, according to Gradus.