According to a new study, 25mg of psilocybin alongside psychological support, greatly reduces symptoms in participants with treatment-resistant depression. 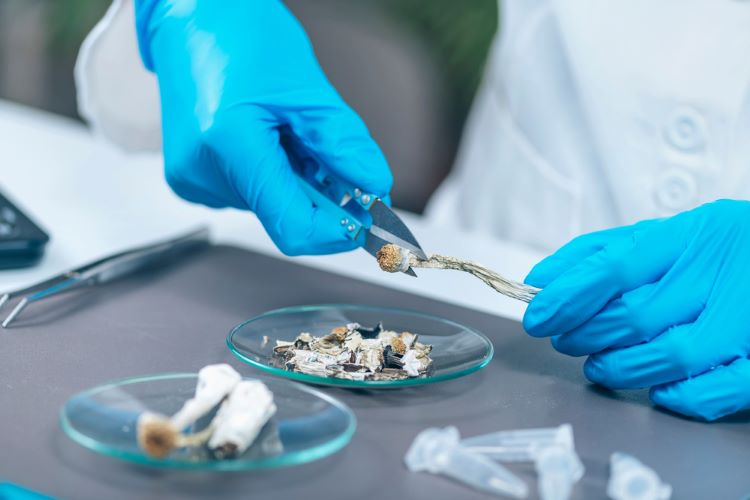 A new report in the New England Journal of Medicine for the largest-ever trial observing the effects of psilocybin in patients with treatment-resistant depression, found participants reported reduced depressive symptoms three weeks after being given 25mg of psilocybin (COMP360) in combination with psychological support.

The multi-centre, Phase IIb trial observed the severity of depression in 233 individuals over 12 weeks in 22 sites and 10 countries across Europe (Czech Republic, Denmark, Germany, Ireland, the Netherlands, Portugal, Spain and UK) and Canada and US between 1 March 2019 and 27 September 2021.

Researchers randomly allocated patients 25mg, 10mg and 1mg doses of the drug. Those who received the 1mg dose acted as a control group. Patients given 25mg of psilocybin reported greater depression symptom relief than individuals given the lowest 1mg dose.

Psychological assessment on the severity of a patient’s depressive symptoms was conducted a day before they were administered with psilocybin. The investigation interviewed patients on day two, and weeks one, three, six, nine, and 12 of the trial.

Participants stayed in specialised rooms designed to provide a non-clinical, calming atmosphere. The therapy’s psychedelic effects lasted between six and eight hours. A therapist was present to offer psychological support.

While researchers found 25mg of psilocybin lowered depression scores compared to 1mg, data showed no significant difference in changes of depression for patients.

Dr Guy Goodwin, Chief Medical Officer for COMPASS Pathways stated: “We saw positive results in a particularly difficult to treat group of patients and the highest dose of psilocybin had the greatest impact on people’s depression…[the] finding is critical for it to be recognised as a new treatment option in the future. We look forward to starting our Phase III programme later this year.”

COMPASS Pathways designed and funded the trial. Other organisations involved were the Psychoactive Trials Group at the IoPPN, Maudsley Advanced Treatment Service at South London and Maudsley NHS Foundation Trust .