Munich named as top location for biotechnology and pharmaceutical industries 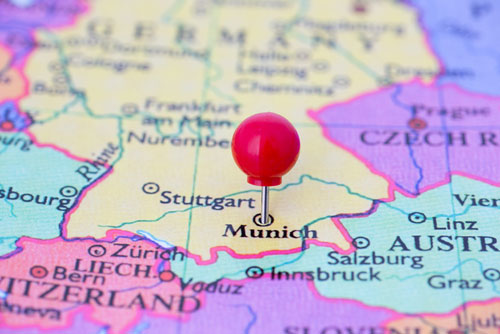 The biotech sector in the Greater Munich area continues to demonstrate significant growth in revenue and staff numbers despite ever-increasing international competition. This continues Munich’s status as one of the pre-eminent locations for this future-oriented industry. This was confirmed by the latest study carried out by the City of Munich, the IHK and BioMGmbH based on a survey and questionnaire of different businesses and experts.

In 2013, 23,000 people were working here in a total of 377 biotechnology and pharmaceutical companies, generating a turnover of around 8.5 billion euros (not including companies from the medical engineering sector). This is in addition to around 10,000 employees in public and private research facilities and universities.

According to criteria set out by the OECD, around 15 % of German biotechnology firms have their headquarters in the Greater Munich area, with 30 % of the nation’s biotechnological development of drugs taking place here.

“This study shows that companies in Munich have done an excellent job of getting through the difficult times and that the international appeal of this location has been boosted even further”, says the Head of the Department for Work and Economy, Mayor Josef Schmid, and he continues: “The economic success of this sector is not only based on an outstanding scientific community but also on recognised and effective management of the network.”

The local nucleus of companies researching, developing and manufacturing therapeutic and diagnostic agents comprises the area around the IZB (Innovation and Start-Up Centre for Biotechnology) in Martinsried, in South-West Munich and its administrative district. A particularly heavyweight contender is found further South in Penzberg in the form of Roche Diagnostics: these are the largest entities in Europe dedicated to the research, development and manufacture of biopharmaceuticals and diagnostic agents, and with their 5100+ employees they contribute a significant amount to the character of this biotechnology cluster.

According to a ranking of “Genetic Engineering & Biotechnology News, GEN”, March 2014, the greater Munich region ranks within the TOP 9–10 of all listed US clusters when looking at employment, public funding and granted patents!

An upbeat mood prevails in the Greater Munich area for this sector: around 75 % of companies located here are expecting continuous improvements in their business situation until 2017. More than 20 % of them assume at the very least that the current situation will stabilise further.

Dr Horst Domdey, Managing Director of BioM Biotech Cluster Development GmbH comments on these results: “The scale of networking between scientific organisations as well as with industry is huge, as the rates of satisfaction reflected in the survey have clearly shown.  That having been said, there is always room for further improvement and we constantly have to respond to new demands. A special challenge lies in introducing the region to notable global trends at an early enough stage, and in developing a solid competitive position as we managed to do in the field of ‘personalised medicine.'”

The study shows that companies are highly diversified in terms of science and technology and are able to assimilate new trends quickly and successfully. Over the last few years, a number of businesses have relocated from the USA, Japan and India, demonstrating Munich’s appeal as a centre for research, development and sales. This wave of relocation to Munich included Actavis, Exosome Diagnostics, Myriad Genetics, Vertex and Panacea Biotec. Crucial in this respect are both a qualified workforce and outstanding scientific studies that generate a steady supply of fresh energy for new technological applications and product ideas. The company Morphosis is the perfect example of a leading global technology provider, as demonstrated by around 70 research projects with global Big Pharma partners. In terms of financial volume, huge business acquisitions over the last few years have in fact not led to “expertise being sold off”, but have generally encouraged the new parent company to forge even stronger ties with Munich as a great location for this sector. Since its takeover of the biotech company Micromet, the research facility run by Amgen in Munich is now their largest outside of the USA. Daichii Sankyo has commissioned the development of its biotechnological oncology pipeline in Martinsried and has laid the foundations for this by acquiring U3 Pharma.

The full study can be viewed online at: http://www.bio-m.org/en/information-material.html