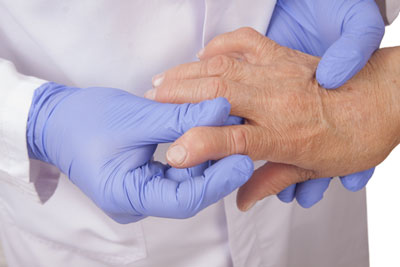 RA-BEAM evaluated the safety and efficacy of baricitinib in patients with active disease despite treatment with methotrexate, compared to placebo for 24 weeks or adalimumab (Humira) for 52 weeks.

Baricitinib could “help change expectations” for people with rheumatoid arthritis

“RA-BEAM is the first study to demonstrate that a once-daily oral treatment was superior in improving signs and symptoms of rheumatoid arthritis compared to the current injectable standard of care,” said David Ricks, Lilly senior vice president, and president, Lilly Bio-Medicines. “If approved, baricitinib could help change expectations for people living with this debilitating disease.”

RA-BEAM was part of a larger Phase 3 programme of more than 3,000 RA patients at various points in the RA treatment continuum. Lilly and Incyte announced top-line results in December 2014 for the first Phase 3 trial of baricitinib, RA-BEACON, and in February 2015 for the second, RA-BUILD. Topline results of the third Phase 3 trial, RA-BEGIN, were announced in September 2015. The companies plan to submit detailed data from RA-BEAM and other Phase 3 studies for presentation at scientific meetings and publication in peer-reviewed journals in 2015 and 2016.