More than 80 companies and organisations have signed the Declaration on Combating Antimicrobial Resistance (AMR), an industry-wide call to action… 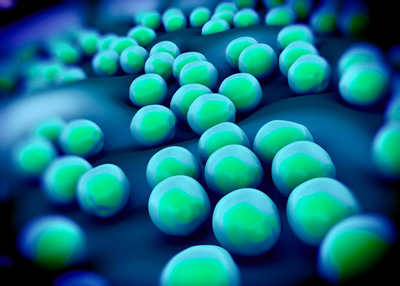 More than 80 companies and organisations have signed the Declaration on Combating Antimicrobial Resistance (AMR), an industry-wide call to action announced at the World Economic Forum in Davos, Switzerland. 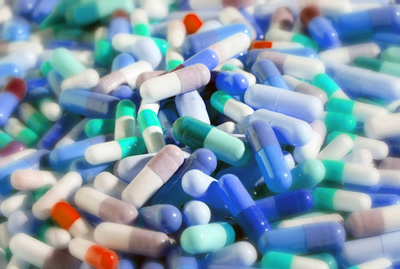 The declaration outlines for the first time how industry and governments can work together to support sustained innovation to address the growing problem of AMR by which bacteria and microbes become resistant to regularly used drugs, making common yet life-threatening infections difficult or even impossible to treat.

The industry is calling on governments around the world to now go beyond existing statements of intent and take concrete action, in collaboration with companies, to support investment in the development of antibiotics, diagnostics, vaccines, and other products vital for the prevention and treatment of drug-resistant infections. In particular, the Declaration supports a continuation of efforts towards improved conservation of antibiotics, including a call for improved uptake of rapid point-of-care diagnostics to improve how antibiotics are prescribed, and changes to incentive structures within health systems that directly reward doctors, pharmacists and veterinarians for prescribing antibiotics in greater volumes.

In what the Review on Antimicrobial Resistance recognises to be a notable step for the industry, the signatory companies call on governments to work with them to develop new and alternative market structures that provide more dependable and sustainable market models for antibiotics, and to commit the funds needed to implement them. These mechanisms are needed to provide appropriate incentives (coupled with safeguards to support antibiotic conservation) for companies to invest in R&D to overcome the formidable technical and scientific challenges of antibiotic discovery and development. These include mechanisms to ensure that, where appropriate, the pricing of antibiotics more adequately reflects the benefits they bring; and novel payment models that reduce the link between the profitability of an antibiotic and the volume sold.

An integral part of these models is a reduced need for promotional activity by companies. As well as calling for continued progress by governments on these fronts, the Declaration sets out a commitment to further action on drug resistance by its signatories, which the Review warmly welcomes.

These span across three broad areas:

Declaration to be updated every two years

The Declaration will be updated every two years, to take account of the evolving global landscape of AMR and changing challenges and priorities.

Commenting on the news, Lord Jim O’Neill, Chairman of the Review on Antimicrobial Resistance, said: “This Declaration from industry is a major step forward in establishing a properly global response to the challenges of drug resistance. I’m really impressed that such a wide range of companies have been able to agree on a common set of principles and commitments across these important issues: this is a level of consensus that we have not previously seen from the industry on this topic.”

Lord O’Neill continued: “The pharmaceutical industry, as well as society at large, cannot afford to ignore the threat of antibiotic resistance, so I commend those companies who have signed the Declaration for recognising the long-term importance of revitalising R&D in antibiotics, and for their leadership in overcoming the difficult issues of collective action at play here.”

Paul Stoffels of Johnson & Johnson, one of the companies that signed the declaration, said: “We are pleased to be part of this important initiative to combat antimicrobial resistance. Antimicrobials are the backbone of modern medicine, and have played a key role in increasing life expectancy globally…For the world to continue to have new antibiotics, we need investments in basic science and novel incentive models for industry R&D, and to protect our existing treatments, we need new frameworks for appropriate use.”

Need to include the charity sector

Meanwhile, Antibiotic Research UK has welcomed the declaration by 80 firms and pharmaceutical giants on the need to tackle antibiotic resistance. However, they recognise it will be many years before any real progress can be made since it takes 15-20 years to develop a new drug and costs £100’s of millions. Antibiotic Research UK says we need to convert fine words into an action plan at a global, regional, national and local level. The charity notes that at the moment too many different bodies are making proposals but these require real money to be found which at present is lacking.

They say this is where charities such as Antibiotic Research UK can step in since they have no need to make a financial return and can put patients before profit. Some of the major medical research charities such as the Bill and Melissa Gates Foundation and the Wellcome Trust are spending significant funds on infectious disease research. Antibiotic Research UK says we need to include the charity sector as well as government and the pharmaceutical industry to tackle this most pressing of medical problems.

Azithromycin and doxycycline of no benefit to COVID-19 patients, finds analysis