Zepatier to threaten the dominance of Harvoni in the HCV market 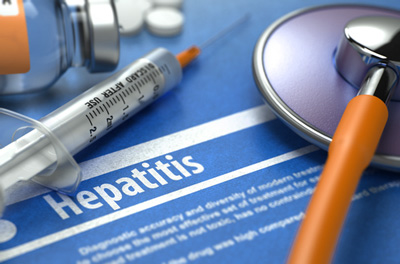 The introduction of Merck and Co.’s Zepatier (elbasvir/grazoprevir) to the hepatitis C treatment space will shake up a market long-dominated by Gilead, says an analyst with research and consulting firm GlobalData.

The analyst adds that the combination of Zepatier’s excellent clinical profile and highly competitive pricing will play a major role in encouraging its uptake.

Clinical trial data have shown that Zepatier, which was approved in the US last month for the treatment of hepatitis C virus genotypes 1 and 4, has a similar efficacy and safety profile to Harvoni. The latter has been one of the most profitable drugs in the hepatitis C market by virtue of its efficacy, safety and convenience of use. Since its approval in October 2014, Harvoni generated impressive sales of over $12 billion in the US alone by the end of 2015.

Cheng comments: “Despite differences in small patient populations, such as those with end-stage renal or liver diseases, Zepatier is highly comparable to Harvoni in clinical performance, as well as dosing convenience.

“Thus, the main reason it poses such a threat to Harvoni is its lower cost. Merck has listed Zepatier at a price over 40% lower than that of Harvoni, which should help the company gain patient share for this late-to-market product.”

Zepatier will affect other drugs similarly priced to Harvoni

As well as challenging Harvoni’s lead in the hepatitis C market, Zepatier will affect other drugs similarly priced to Harvoni, and offer solid clinical profiles, such as Gilead’s Sovaldi, and AbbVie’s Viekira Pak.

Cheng explains: “Zepatier will quickly carve out a solid niche in the hepatitis C market due to the way in which it marries brilliant product performance in its efficacy, safety, and cost. However, the response of competitors in price negotiation with payers, especially Gilead, will impact the extent of Zepatier’s market penetration.

“In a bigger picture, Gilead’s products are already covering all hepatitis C genotypes, and the company expects its pan-genotypic, fixed-dose combination of velpatasvir/sofosbuvir to be approved in June this year. Harvoni is also indicated for patients with genotypes 5 and 6 in the US.

“In addition, treatment for patients with hepatitis C still presents many other opportunities, especially efficacy improvement in niche, traditionally difficult-to-treat patient populations and those with treatment durations shorter than 12 weeks.”

The analyst concludes that the market entry of Zepatier will very likely bring about substantial changes in patient share and/or therapy costs in the hepatitis C market, as additional treatment choice will intensify competition.