Free membership: sign up today to access all of our exclusive content
Last chance to register for the webinar on 29 September 15.00 BST by Thermo Fisher Scientific – Delivering value: how LIMS can enable data integrity in pharma manufacturing
Application Notes & Whitepapers Supplement: read the latest applications and advice from industry experts
Join our free live webinar with Charles River on 15 October at 15.00 BST to learn more on the analytical reality of recombinant endotoxin technologies
Our latest issue is now available to download: articles include the promise of virally vectored DNA and mRNA vaccines to combat COVID-19
NEW FREE WEBINAR with B&W Tek, A Metrohm Group Company 27 October 15.00 BST ‘Quantitative transmission Raman for content uniformity testing’ register now!
Did you miss our QA/QC & Analytical Techniques In-Depth Focus? Read the articles today!
news

The National Institute for Health and Care Excellence (NICE)  has issued draft guidance which does not recommend Vertex Pharmaceuticals’ Orkambi (lumacaftor-ivacaftor) for treating cystic fibrosis. 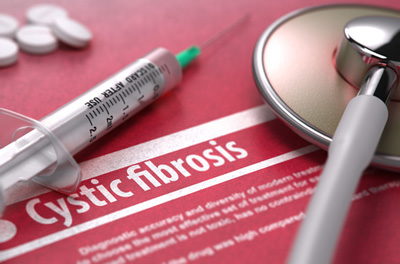 The independent appraisal committee concluded that the cost of Orkambi was considerably higher than the current standard of care and it could not be considered a cost effective use of NHS resources.

Orkambi is licensed to treat people who have a specific genetic defect known as the F508del mutation. There are around 2,750 people in England with this genotype. It costs £104,000 per patient for every year of treatment. Most people suitable for Orkambi would also still remain on the current standard of care whilst taking it.

The committee acknowledged that Orkambi does offer benefit because it reduces instances where people experience a sudden worsening of symptoms that requires hospitalisation. However, the benefits to lung function were ‘modest’.

Commenting on the draft guidance, Professor Carole Longson, director of the NICE Centre for Health Technology Evaluation said: Orkambi is a new treatment option and it is disappointing that we are not able to recommend it. However our independent committee found that when compared to the current standard of care, the benefit it offered was modest and comes at a considerable cost. We have to recognise that the NHS is a finite resource and we can only recommend treatments for routine funding that are both clinically effective and represent good value for money.”

Consultees, healthcare professionals and members of the public, are now able to comment on the preliminary recommendations which are available for public consultation until Friday 15 April 2016.

The Cystic Fibrosis Trust has proposed a solution whereby Orkambi could be provided to all who need it while further evidence is collected on its long-term clinical impact using the UK Cystic Fibrosis Data Registry.

Ed Owen, Chief Executive of the Cystic Fibrosis Trust said: “It would be ethically unforgiveable if people with cystic fibrosis were treated like pawns in a bigger battle between the NHS and Vertex over price and longer term impact. But there is a solution that requires the NHS in England to work with Vertex to provide access to Orkambi and enable the UK Cystic Fibrosis Data Registry to elucidate its value more clearly over time.”

In a letter to Life Sciences Minister George Freeman MP today, Ed Owen urges intervention to support the Trust’s plan, while the Government is currently looking at new arrangements to accelerate access to medicines for those that need them.