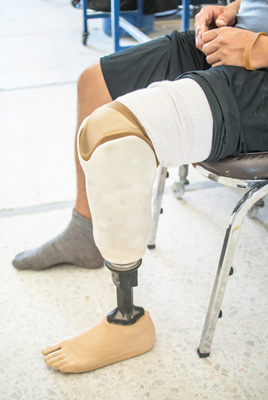 Scientists have developed a pioneering technique that significantly reduces phantom limb pain—chronic pain emanating from the site of amputated limbs. 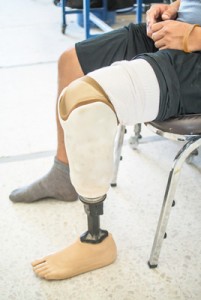 “Until now, individuals with phantom limb pain have had few medical interventions available to them that resulted in significant reduction in their pain,” said J. David Prologo, M.D., assistant professor in the division of interventional radiology at Emory University School of Medicine. “Now, with the promise of cryoablation, these individuals have a viable treatment option to target this lingering side effect of amputation—a condition that was previously largely untreatable.”

Promising treatment could be carried out in an outpatient setting

The interventional radiology team at Emory University treated 20 patients, with each person undergoing image-guided cryoablation of the nerve and scar tissue in the residual limb (the part of the body that remains after an amputation has been performed). During cryoablation, a probe is precisely placed through the skin and the temperature is dropped for 25 minutes to create an ablation zone, shutting down nerve signals.

Researchers asked patients to rate their pain on a visual analog scale (VAS) that ranged from 1 (not painful) to 10 (extremely painful) before, seven days after and 45 days after the intervention. Before cryoablation, patients reported an average pain score of 6.4 points. By day 45, the average score was 2.4 points.

“Many of the nerves contributing to these pains are inaccessible to physicians without image guidance,” added Prologo. “With the interventional radiologist skill set, we can solve tough problems through advanced image-guided therapies, and this promising treatment can target hard-to-find nerves and help amputees dramatically improve their lives—all in an outpatient setting.”

Investigators at Emory will continue to examine the potential of this emerging intervention by tracking its effectiveness at six months after treatment and beyond. Prologo says the group has applied for a US Department of Defense grant in the hopes of benefitting the thousands of veterans who have had limbs amputated and may suffer with phantom limb pain.

The results of the study were presented at the Society of Interventional Radiology‘s 2016 Annual Scientific Meeting.