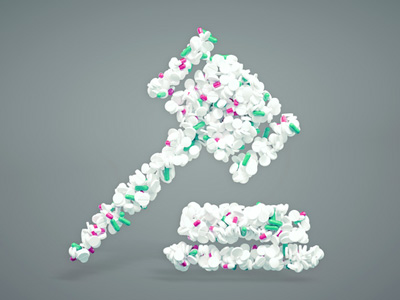 The UK BioIndustry Association (BIA) has urged the US Supreme Court to review a decision of a lower court that could hinder the development of new diagnostics and life-saving medicines.

The UK BioIndustry Association has filed an Amicus – or friend of the court – Brief supported by an international coalition of biotechnology trade organisations arguing that the decision of the US Federal Circuit in the case of Sequenom v. Ariosa Diagnostics should be reconsidered. It argues that the court’s application of intellectual property law is inconsistent with rulings on equivalent issues by courts and patent offices around the world and so hinders international efforts to harmonise approaches to this important area of law. The BIA says that such harmonisation is essential to support the development of new diagnostics in a global biotechnology market and patient access to cutting edge medicines.

Sequenom’s new procedure, which is already available to patients, eliminates the need for risky amniocentesis to assess whether the unborn baby could develop, or has developed, an abnormality or serious health condition.

The Federal Circuit court ruled in 2015 that Sequenom’s fetal DNA test was not eligible for patenting. It said that the patented technology was not an invention but merely the application of a well-understood, routine technique to the natural phenomenon of paternally-inherited cffDNA. However, Sequenom claims that the idea of applying the detection method to their ground-breaking discovery was new and therefore patentable.

The UK Association has taken the lead in making this international argument because the invention on which this particular test case rests is British, originally from work at the University of Oxford. The patentability of this technology has been proven and withstood challenge across the globe. So it is the US that has taken an approach out of step with other jurisdictions worldwide.

The Brief submitted by the BIA argues that the ruling is the result of an over-broad interpretation and application of the Supreme Court’s 2012 decision in Mayo v. Prometheus Laboratories. If left unchanged, the decision could prevent any analytical or detection method that investigates something that is naturally occurring from being patent protected – de-incentivising the R&D investments needed to drive innovation.

BIA Chief Executive, Steve Bates, said: “Creating a divide between US patent law and the rest of the world is bad for the global biotechnology industry and bad for patients. It will de-incentivise investment in the development of new diagnostics and medicines that save and improve the lives of patients.”

Sequenom’s patent has been awarded in a number of countries and was successfully defended at the European Patent Office. If the Federal Circuit’s ruling is upheld, US patent case law would be inconsistent with laws in Europe, Canada, Australia and Japan, among others. The US Supreme Court is expected to rule in June whether to take the case up for review.

EuropaBio General Secretary, Nathalie Moll, said: “When the US, accounting for nearly half the global biotech market, becomes an outlier on Intellectual Property law, this threatens global biotech innovation and undermines decades’ worth of efforts to ensure the consistency of patent eligibility standards across the world. As such, if the Federal Circuit’s ruling is maintained, it will have a chilling effect on investments, research and innovation in all biotech sectors.”

BIOTECanada President and CEO, Andrew Casey, said: “Intellectual property is the primary asset that is the foundation of biotech innovation. Ensuring patents are provided consistent protection is essential to a company’s ability to attract the investment required to move an innovation from the lab bench into the global marketplace.  In this context, it is essential that all innovative jurisdictions recognize the value of innovation and provide consistent and equitable treatment of patents.”

HollandBIO Managing Director, Annemiek Verkamman, said: “Hundreds of SMEs in the Netherlands are working every day to deliver new therapies that will benefit our health and the European economy.

“Collaboration between companies, universities and patient organisations is key for our success. Patent law gives the opportunity to share knowledge and technology at an early stage and get a reward for investing in successful innovations.

“A great example is the Mammaprint test of the Dutch company Agendia. This predictive test could change clinical practice by substantially de-escalating the use of chemotherapy and sparing many patients an aggressive treatment they will not benefit from.

“Without patent protection companies will be forced to keep their knowledge secret and this will blast the chances for new treatments and the further development of the biotech sector away.”

In the US, BIO the biotechnology trade association, have also submitted a brief to the court and have voiced their support for the international call to review the decision of the case.

“The lower court’s decision is not only fundamentally flawed, but it also threatens the very sort of modern innovation the US patent system is designed to protect and promote,” said Hans Sauer, Deputy General Counsel, Intellectual Property for the Biotechnology Innovation Organization. “Under such reasoning, America’s very first patent likely would have failed to qualify as an inventive concept. The inconsistencies inherent in the lower court’s decision require correction by the US Supreme Court.”

By The UK BioIndustry Association (BIA)